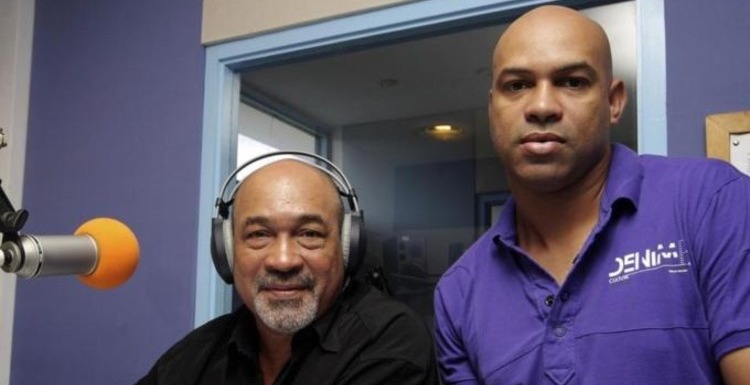 By: Samantha Mendes, Research Associate at the Council on Hemispheric Affairs

Suriname has the unflattering distinction of being ruled by a corrupt first family. Illicit activities including violent repression, drug trafficking, and arms smuggling mar their reputation. The sins of the country’s current president, Desiré (Desi) Bouterse (1980–1986; 1990–1991; 2010–present), have been chiefly those of pilfering from the national treasury[1] and violating human rights. However, both Desi and his son, Dino Bouterse, have also been involved in international drug smuggling. Most recently, Dino was found guilty of providing material support to Hezbollah operatives. Considering Suriname’s toxic political environment, the approaching presidential election is of grave international concern because the Bouterse dynasty is poised to win once more.

From February to August 2013, Dino served as Commander of Suriname’s Counter-Terrorism Unit. Ironically, he clandestinely met with two men whom he believed were connected to a Mexican narcotics trafficking organization. With the support of his associate, Edmung “Blue” Musnlag, Dino arranged to smuggle narcotics from Suriname through Fort Lauderdale and then into New York City. In his encounters with the Mexican drug traffickers, Dino agreed to meet with their associates, who were Hezbollah militants fleeing Lebanon. Subsequently, Dino met in Greece with the Hezbollah operatives and agreed to provide a safe haven in his nation that would simultaneously serve as a terrorist staging site in exchange for $2 million USD. To Dino’s dismay, he was actually meeting with undercover United States Drug Enforcement Administration (DEA) agents. Nearly all of his meetings with DEA agents were audio and video recorded, which provided overwhelming evidence for a case against him.[2]

Dino Bouterse has been indicted for his involvement in conspiring with Mexican narcotics organizations and faces arms smuggling charges. In August of this year, he admitted in a Manhattan court that he supplied a fraudulent Surinamese passport to a DEA undercover operative, whom he thought was a Hezbollah terrorist. He is now facing fifteen years to life in aU.S. prison.[3]

Dino’s conduct should come as little surprise considering the example his father has set for him. Desi Bouterse has a checkered history. He served two terms as de facto military ruler of Suriname, first from 1980 to 1987 and then, from 1990 to 1991, before being elected president de jure in 2010. Throughout his periods in power, he has compiled a lengthy record of human rights violations. After gunning his way to power, he ordered the murder of political dissidents to ensure his place as ruler in the infamous 1982 December Murders and the 1986 Moiwana Massacre. Additionally, Desi has been active for years in drug trafficking and the international community has taken notice. In one case, a Dutch court convicted him in absentia for shipping more than 1,000 pounds of cocaine.[4] The president has managed to remain unpunished only because of the impunity he enjoys as Chief Executive of his nation and due to the absence of extradition treaties between Suriname and its former colonial master. In another instance, the International Criminal Police Organization (INTERPOL) issued an arrest warrant on drug trafficking charges, but dropped the charges because he obtained diplomatic immunity when he was elected president.[5]

Suriname’s distinct demographics, languages, and fascinating culture make it unique as a South American country. Throughout its colonial existence, and indeed down to the present, the demands of the international market have largely defined Suriname’s historical trajectory. Suriname was first settled as a colonial outpost of The British Empire in 1651 when many enslaved Africans were transferred to the colony for sugarcane cultivation. In 1667, Suriname switched over to coffee production after the Dutch gained control of the colony over the British. By 1853, as slavery was coming to a close in the hemisphere, contract laborers arrived in Suriname from China and the Madeira Islands. A decade later, when slavery was formally abolished in Suriname, indentured workers from India and Java arrived.[6] By the end of the century, Suriname ceased coffee production and gradually reverted back to harvesting sugarcane.[7] The country diversified its list of exports in 1916 when the Aluminum Company of America (ALCOA) began mining bauxite.

Suriname received partial autonomy from the Dutch in 1954, when the country was allowed to manage its own internal affairs. However, Suriname remained, and continues to be, heavily dependent on development aid from the Netherlands.[8] In 1975, Suriname finally achieved full independence. As is the case with many of its Latin American neighbors, Suriname is underdeveloped and is plagued by poverty, a lasting scar of imperialism.

Once independent, Suriname immediately garnered attention for its dysfunctional government and prodigious corruption. In 1980, then-Lieutenant Colonel Desi Bouterse seized control by means of a violent military coup. His military regime imposed an evening curfew, banned political parties, restricted the freedom of assembly, and throttled the press. The Dutch reacted by suspending their foreign aid program in Suriname.[9] Consequently, private foreign investment fled from the country and bauxite shipments plummeted.

During this epoch, one of the most notorious human rights violations in Surinamese history occurred. In December 1982, Desi Bouterse ordered the arrest of fifteen young dissidents, lawyers, broadcasters, and union leaders. The activists were taken from their homes and deposited into a Dutch colonial fortress called Fort Zelandia where they were tortured and executed. The infamous incident is known locally as the December Murders. The following year, the United States Central Intelligence Agency (CIA) drafted a plan to overthrow the Bouterse government. However, because the U.S. government was irresolute on whether the regime posed a genuine threat to U.S. interests, Washington did not authorize the operation.[10]

The December Murders are not an isolated example of the Bouterse government’s use of violence as a tactic to squash opposition. Another example is the Moiwana Massacre of November 1986. This massacre is a dark chapter from an ongoing internal conflict that pitted the Bouterse government against the Suriname Liberation Army (SLA), also known as the Jungle Commando. The SLA was mostly comprised of Maroons, the descendants of runaway African slaves, who had escaped into the nation’s wild interior over the years. Ironically, Desi’s former bodyguard, Ronnie Burnswijk, led this rebel group.[11] The SLA’s stated goal was to oust Bouterse’s illegitimate government and reestablish constitutional order. During the civil war, the Surinamese military attacked the N’dujuka Maroon village of Moiwana, slaughtering 39 natives. Government soldiers made no apparent effort to distinguish between combatants and civilians, including non-combatant women, and children. Many of the survivors of these raids were able to flee, managing to heal the injured while enduring a four-day journey into neighboring Guyana through deep forests. Despite countless requests for this glaring human rights infraction to be investigated, Desi’s administration never demonstrated any particular interest to do so.

In 1987, Desi left his post as military ruler and allowed a new government to come to power. However, he was still a military officer. He had the ability to exercise de facto control because of his influence in the armed forces. Yet, by 1990, Desi was tired of this arrangement and decided to stage a coup d’état. He dismissed the government with a single phone call and proceeded to attain power again. However, international condemnation from the U.S., Netherlands, France, and the Organization of American States (OAS) was too overwhelming, and he was able to hold office only for a year.[12]

After remaining in the political wilderness for a short period of time, in 2007 Desi returned to the headlines after he was forced to face criminal charges related to the human rights violations of 1982. However, the trial was delayed and was still under way in 2010 when he was elected president.[13] Since then, his role as president has allowed him to remain unscathed due to the total immunity granted by the Surinamese parliament.[14]

Desi has risen to power on three occasions, however only one of these was through democratic means. In an unsurprising move, Desi has declared his intention to run for re-election in 2015, confident that he will emerge victorious he boasts, “When the ballots are counted, the question will not be whether we have won, but by how much.”[15] He believes that his administration has improved the lives of the people by building bridges, paving roads, and providing access to potable water in more homes. Desi professes that he will increase pensions for the retired and provide improved benefits for children before the upcoming elections.[16]

Desi’s unpopularity has affected Suriname negatively. After his return to power in 2010, The Hague stopped its development payments to Suriname. Dutch Foreign Minister, Maxime Verguen, expressed his discontent towards Bourterse “[Desi] is not welcome[d] in the Netherlands unless it is to serve his prison sentence,”15 Still, the Dutch have decided to preserve diplomatic ties with its former colony for the time being. Meanwhile, some Latin American states have been more forgiving. In 2013, Suriname signed on as an associate member of the Common Market of the South (MERCOSUR).[17] Additionally, Desi Bouterse was seen rubbing elbows with major Latin American heads-of-state, including Brazil’s Dilma Rousseff, Bolivia’s Evo Morales, and Argentina’s Cristina Fernández de Kirchner during the recent 2014 FIFA World Cup in Brazil. Locally, the Surinamese youth seem to have largely forgiven, even forgotten Desi’s trafficking activities and violations of human rights. He has gained their support by promising to increase job opportunities and affordable housing for all.[18] Desi Bouterse proclaims he is committed to democracy and is fully rehabilitated from his totalitarian past. He has apologized for his “authoritarian dictatorship,” but pointedly denied any direct involvement in the December Murders.[19]

Desi’s craven reputation is well known by U.S. authorities, and his dictatorial past should not be excused or forgotten. Perhaps even more troubling is Dino’s personal conduct. His involvement with terrorist networks could ultimately pose a serious threat to U.S. and Latin American security. Recent developments could tarnish the country’s international standing, which is already in dire straits, as Suriname is infamous as a transshipment point for South American drugs that transport to the Netherlands (and from there into the rest of Europe).[20]

Democracy appears to be flourishing, reflected in Suriname’s efforts to democratically elect Desi Bourterse’s in 2010. However, democracies must hold its officials responsible for past atrocities to prevent in the future such cruelty. Moreover, good behavior does not seem to be a routinely practiced custom in the Bouterse family, considering Dino Bourterse’s most recent criminal involvement. Therefore, it is significant for the international community to closely monitor Suriname’s 2015 balloting. The international community should demand Bouterse’s strict accountability for his past transgressions, and should closely monitor the 2015 elections. Suriname’s populace deserves better than to be forced to live in subjugation under the Bourterse rule.

By: Samantha Mendes, Research Associate at the Council on Hemispheric Affairs