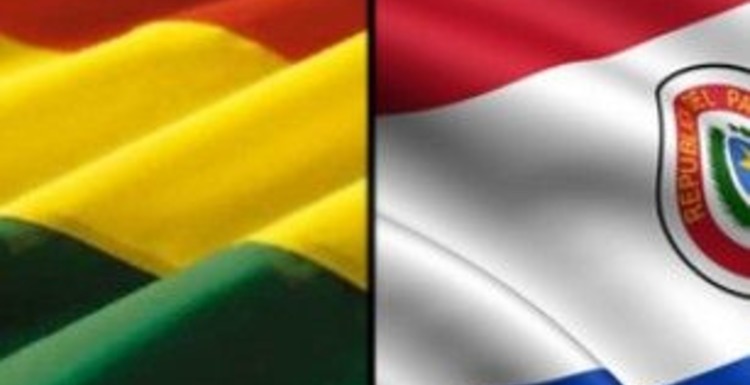 By: Peter Tase, Guest Scholar at the Council on Hemispheric Affairs

Paraguayan President Horacio Cartes has prioritized efforts to link Paraguay closer to the Asia-Pacific countries as a major component of his overall strategic objective. Despite this prioritization, the country’s foreign ministry has made few concrete steps towards reaching out to grasp President Cartes’ aspiration. Asunción’s meager assets certainly make the goal challenging, but the country’s Foreign Ministry has failed to explore several options, particularly improved bilateral relations with Bolivia.

Paraguay faces the fundamental challenge of an unfavorable geographic position. Along with Bolivia, it is one of the two landlocked countries of South America. This geographic limitation has forced Asunción to resort to political pressure and regional foreign policy management to build global economic connections. The Bolivian border holds unexplored potential for Paraguayan exports and economic growth. La Paz could provide a pathway for Paraguay’s agricultural products to gain access to all of the markets in the Andean region, as well as the ten member countries of the Association of South East Asian Nations (ASEAN), where Paraguayan products are in high demand. Establishing closer ties with Bolivia would help Paraguay avoid its normally troubled trade routes through Argentina, which often have proved to be problematic and have caused a great deal of frustration of Paraguayan trade ambitions. Paraguayan export-import companies whose shipments pass through Argentinean territory are subject to extensive searches by border patrol and are often delayed by port authorities in Buenos Aires. [1] Despite the improvements in trade, poverty levels, and economic integration that a shift toward Bolivia would bring, some critics maintain that the Paraguayan Foreign Ministry has done little to increase trade relations with La Paz. [2]

The Paraguyan Foreign Ministry has displayed a marked lack of interest on this front in recent years. The Bilateral Cooperation Technical Committee, which first met in Bolivia over two years ago, continues to await Asunción’s formal invitation to a second round of meetings on Paraguayan soil. Furthermore, in the last six years, Asunción has not appointed a new Ambassador in Bolivia, which many see as a sign of disrespect and negligence. Currently, Asunción has only three diplomats in the Bolivian capital. [3] In December 2013, President Cartes and Bolivian President Evo Morales signed a memorandum of bilateral cooperation. [4] Nevertheless, despite this gesture of goodwill, neither country has elevated its diplomatic representation in the other to the Ambassadorial level. [5] This seeming lack of interest on the part of the Paraguayan Foreign Ministry is counter-intuitive, given that Bolivian territory and infrastructure could play an important role in expanding the presence of Paraguayan products in Andean and Southeast Asian markets. In 2013, Peru, Bolivia, and Chile imported more than $831 million USD worth of products from Paraguay.  Meanwhile, Ecuador, Colombia, and Panama imported only $113 million USD of Paraguayan products. [6] The need and potential are evident, but the Paraguayan Foreign Ministry has done little to alter this situation.

Dr. Eladio Loizaga, Paraguay’s Minister of Foreign Affairs, and the rest of the Foreign Ministry could be missing an opportunity, but could know what they are doing. Paraguay continues to suffer from a lack of resources and a marginalized commercial sector, in part due to the Foreign Minister’s apparent unwillingness to explore the potential of increased economic ties with Bolivia, for a beginning. According to a key Paraguayan diplomat who spoke with COHA researchers on the condition of anonymity, “Mr. Loizaga is a career Ambassador who has clearly demonstrated that he has not learned his country’s diplomatic priorities when appointed  abroad as the highest representative of his country.” While one cannot easily uncover the personal animus that fuels such a harsh judgment, it seems that the Foreign Ministry may not understand the huge need to strengthen ties with Bolivia. However, Paraguay must deal with Bolivian infrastructure in order to reach the free trade zones afforded by the Chilean government, such as the capacity of the cargo hub of Antofagasta, and its access to Pacific shipping routes. Peru has been markedly cooperative with the government of President Cartes, recently opening two free trade zones in Illo and Matarani.[7] This provides an example of what Paraguay’s relationship with Bolivia might evolve to become given greater attention by Asunción.

Paraguay’s priority is to break its dependency on its partner countries in the MERCOSUR trade bloc. In order to achieve this goal, it must find new markets and trade routes with the Andean countries. Paraguay can use these relationships as a bridge to reach the Pacific Coast, thereby expanding ties with Southeast Asian countries. In May 2013, Paraguay became one of the thirty observing countries of the Pacific Alliance. It is expected to become a full member of the bloc within the next two to three years. Asunción’s desire to function in Southeast Asia is clear, but the Foreign Ministry seems to be ignoring its most viable pathway to get there.

Historically, Argentina has placed formidable obstacles, customs controls, and port delays on Paraguayan exports. [8] Such actions by Buenos Aires constitute violations of the applicable World Trade Organization statutes against nontariff barriers. [9] These obstacles present two general problems for Paraguay’s economy. First, extensive delays hinder the progress of Paraguay’s international trade. Second, these delays also force trading partners to seek out other providers of agricultural commodities, thereby multiplying the long-term negative impact. [10] The only way for Paraguay to avoid the tedious and time-consuming route through Argentina is to go through Bolivia.

Improvement of Relations with Bolivia

At least on the executive level, it seems that Paraguay and Bolivia recognize the high commercial and economic values at stake in the expansion of bilateral relations. During President Cartes’ first official visit with President Morales on December 6th, 2013, he stated:  “I feel highly emotional, I will express to President Morales that I am here with a great joy. Look at the map and see our countries together… Paraguay is Bolivia, our roads and rivers are for Bolivia. The two of us [Morales and Cartes] have an obligation to unite both nations.” [11] During the same meeting, Cartes initiated a bilateral dialogue directed at importing Bolivian natural gas to the Paraguayan territory. [12] However, despite these executive actions, the Paraguayan Foreign Ministry shows no signs of pursuing strategic initiatives to integrate further the economies of the two countries.

It is of critical importance for Paraguay to expand its global reach and increase its volume of exports to Ecuador, Colombia, Panama, and Nicaragua. Moreover, Paraguay might want to explore the development of free trade agreements with countries beyond Latin America, such as Indonesia, Vietnam, and Malaysia, with which it currently has significant trade as well as political ties. Bolivia represents a necessary geographic stepping-stone to increasing Paraguay’s presence abroad. Unfortunately, Paraguay’s diplomats have thus far failed to fully realize this opportunity and could be lacking a vision towards implementing President Cartes’ agenda.

Dr. Eduardo Insfrán, a former Paraguayan ambassador to Argentina, Costa Rica, and Panama who has served his country for over 25 years,  told COHA that his former employer has not showed any interest in partnerships that could serve to expand Paraguayan infrastructure and trade. [13] According to Ambassador Insfrán:  “The Foreign Ministry has no interest to receive grants and significant funds that could transform the logistical technology and infrastructure of Paraguay. What we are seeing is the result of a lethargically professional lifestyle and inactions of Foreign Minister Loizaga. [14] ABC Color, Paraguay’s largest national newspaper, described the lack of bilateral relations with Bolivia “as a sign of being rude and impertinent.” Despite Bolivia’s strategic importance as Paraguay’s corridor to the Pacific Alliance, Asunción has not taken a single step improve its relations with the Morales Administration aside from President Cartes’ official visit. [15]

Bolivia is the only country in the region that has not  granted official permission to Paraguay to transport its products on Bolivian roads. [16] Representatives of the Bolivian Foreign Ministry confirmed that they are waiting for a formal invitation from Paraguay to schedule a meeting for the creation of such an agreement. [17] Demonstrably,  the lack of permission is not the fault of Bolivia, since it is up to Asunción  to continue the discussions that were initiated in Bolivia during President Cartes’ trip in 2013. By  going via Bolivia, Paraguayan logistical companies and exporters could save 800 kilometers every time they travel to Chile. The great infrastructure boom that is now being implemented in Bolivia ought to be taken as an inspiring example by its Paraguayan counterparts. [18]

President Cartes, upon his return from Chile in March 2014, was very optimistic about Paraguay’s prospects with Chile.  He assured that President Bachelet is eager to expand the Pacific Alliance with countries that are closer to the Atlantic. Although Peru and Chile are both relatively more developed countries, their scarce natural resources and soil limitations negatively affect agricultural and livestock production. Paraguayan agricultural products can fulfill this demand, thereby making the arrangement mutually beneficial. President Cartes’ goals and enthusiasm reflect the strategic interests of Paraguay in the 21st century. However, his nation’s infrastructure needs serious improvements in order to be integrated into the regional grid of rail tracks and modern road systems. Paraguay currently has no reliable means to reach the Andean Countries of Peru, Ecuador, Colombia, Chile, and Bolivia, nations that had a combined GDP of $947 billion USD in 2012. The logical option is for Paraguay to avoid the route through Argentina and focus on establishing a high-standard road system connected to Bolivia, running through the Paraguayan Chaco. [19]

It seems that the Foreign Ministry and its staff will remain dormant in the face of Paraguay’s 21st century challenges.  Paraguay’s impressive economic growth requires Asunción to be a more agile player in international markets. President Cartes has explicitly stated that, “[he] would like to see the completion of public works and tangible results of [our government] be visible in a more efficient manner.” [20] As long as there is no well-coordinated effort to increase the presence of Paraguayan products in foreign markets and improve Paraguay’s image abroad by reinvigorating relations with neighboring countries, the positive ambitions of President Cartes will be doomed to remain on paper. [21]

By Peter Tase, Guest Scholar at the Council on Hemispheric Affairs

Original research on Latin America by COHA. Please accept this article as a free contribution from COHA, but if re-posting, please afford authorial and institutional attribution. Exclusive rights can be negotiated.For additional news and analysis on Latin America, please go to: LatinNews.com and Rights Action