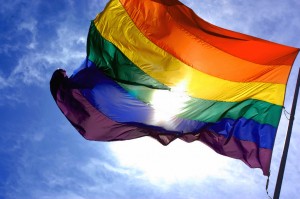 Around the world, democracies struggle with an array of controversial social issues ranging from immigration to gender equality. Although often overshadowed by efforts to secure civil or political rights, movements for social equality deserve equal attention. Portrayed as a land of drug violence, poverty, and human rights abuses, Latin America struggles with much the same social issues as the older, “enlightened” democracies of North America and Western Europe. Exemplified by growing efforts to establish legal recognition and protection of same-sex marriage throughout Latin America, social rights movements in the region are maturing rapidly. Despite opposition that is often deeply engrained in religious institutions, the region is fully capable of becoming an energized global leader in the advancement of social equality.

U.S. President Barack Obama’s recent public approval of same-sex marriage raised skepticism among the majority of American conservatives and religious communities within the United States. While some argue that the United States, for better or worse, is becoming secularized, traditional religious institutions continue to play a pivotal role in American culture and politics. According to a 2008 U.S. Census Bureau finding, 173 of 228 million U.S. adults identified themselves as Christians. In an attempt to appease these statistically more-conservative voters, President Obama, in a May 9 interview with BBC News, claimed that while he personally favors federal protection of same-sex marriage, he would support devolution of the issue to the state level. Regardless of the outcome, Obama’s initial endorsement raised a passionate debate among politicians, leaders of religious communities, and the U.S. public over the issue. The fact that the interests of many spectrums of society, including minority groups, are being effectively incorporated into the dominant political discourse is laudable. In order to promote prosperity, social stability, and democratic governance, political authority must be vested in the general populace.

In publicly affirming his support for same-sex marriage, Obama sent shockwaves through the international community, especially ardently Catholic Latin America. Undoubtedly, the civil, political, and social structures of Latin America have a far greater provenance from the Catholic Church than their American counterparts, remnants of Spanish and Portuguese colonization. A Catholic News Service poll from June 2005 reported that as much as 70 percent of the region’s population identify themselves as Catholics. Consequently, the majority of Latin Americans disagree with Obama’s position on same-sex marriage, clinging instead to traditional Catholic conventions regarding marriage. In response to Obama’s endorsement of same-sex marriage, Puerto Rican Governor Luis Fortuño stated, “I reaffirm that marriage is a union between a man and a woman.”

Yet, not all of Latin America shares this sentiment. Both Cuba and Argentina fully support Obama’s move, themselves at the fore of efforts to promote LGBTQ equality throughout the region. According to a May 10 Xfinity news report, Cuban President Raul Castro’s daughter applauded Obama’s endorsement of same-sex marriage, declaring that she and her father will push Cuban leaders to accept a proposal to legalize same-sex unions on the island.

In July 2010, Argentina became the first country in Latin America to legalize same-sex marriage, even as the nation’s population overwhelmingly identifies itself as Catholic. While Cardinal Jorge Mario Bergoglio, the assertive head of the Roman Catholic Church in Argentina, prominently advocated for a child’s “right” to be “raised and educated by a father and a mother,” the Argentine National Congress, following the lead of President Cristina Fernández, proceeded to legalize same-sex marriage and affirm the legality of same-sex couples to adopt. Recently, the Argentine National Congress made further progress, securing legal rights and protections for members of the transgender community. Evidently, the Argentine state has overcome the barrier that existed between traditional, Catholic social mores and progressive ideals, permitting the rebirth of a sense of self-determination inherent in democracy.

While there has certainly been progress in securing social rights for the LGBTQ community in Latin America, targeted violence against members of this community has amplified over the past few months. In early March, Daniel Zamudio, a Chilean gay rights activist, was beaten to death in a public park, and on May 7, openly homosexual Honduran journalist and activist Erick Martínez Ávila was strangled in Tegucigalpa. While some Latin American leaders have aimed at curbing this increase in violence—the Chilean Congress recently passed an anti-discrimination law condemning discrimination on the basis of “race, ethnicity, religion, sexual orientation, gender, appearance, or handicap”—such violence obstructs the constructive dialogue essential to democracy, and must be halted.

Same-sex marriage is part of a larger, growing trend in Latin America where space is being carved out for public dialogue. However, this effort has had a dichotomous effect: While it has led to the improvement of LGBTQ rights, it has also led to a number of violent backlashes against members of this community. While region-wide acceptance of same-sex marriage may be some time away, progress toward the guarantee of social rights indicates that traditional barriers to social equality, such as the conservatism of the Catholic Church, need not be insurmountable.