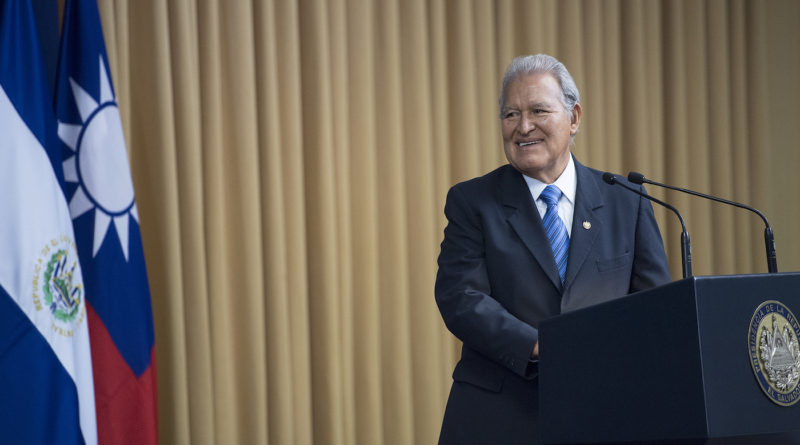 There are recent and promising signs that the process of transitional justice is taking hold in El Salvador, albeit in a very slow and fragile way, with little resistance to the process.

On September 27, 2017, current leftist Salvadoran President Salvador Sánchez Cerén announced the creation by executive decree of a “National Commission for the Search for Adults Missing in the Context of the Armed Conflict” (CONABUSQUEDA). Since the signing of the Peace Accords in 1992, this is the first comprehensive, government-sponsored initiative focusing on finding answers regarding the thousands of missing adults due to the process of forced disappearances [i]. During his groundbreaking announcement, Pres. Cerén stated he was taking this step because “with this instrument, [the State] reaffirms [the] deep commitment to pay off the historical debt to the victims of the forced disappearances in the country” [ii]. This government effort is precedent-setting, and it stands in sharp contrast to the tone-deaf and self-serving declarations calling for forgiving and forgetting the repeated, often brutal human rights violations that took place during the civil war, which have been repeated in different variations by heads of state during each presidential administration conducted by the ultra-conservative ARENA (Alianza Republicana Nacionalista) party through 2009 [iii] [iv] [v] [vi]. The Peace Accords initiated in 1992 brought an end to the brutal civil war, which lasted for 12 years and resulted in numerous massacres as well as the torture and murder of over 75,000 citizens and the disappearance of thousands more Salvadorians [vii]. The Truth Commission, which was established to investigate the nature and extent of the human rights violations carried out during the protracted conflict, determined that right-wing government forces perpetrated almost all human right violations (over 85 percent) [viii]. Approximately five percent were attributed to guerrilla forces [ix].

Latest estimates have established that over 10,000 victims of the armed conflict remain missing or otherwise unaccounted for [x]. Many local and international organizations have brought attention to and provided relevant data from studies of the government-sponsored terrorism that was carried out against civilian populations during the civil war [xi]. Despite the failure of ARENA administrations to acknowledge that the state’s intelligence and military forces systematically abducted, tortured, and/or murdered civilians and non-combatants whom they deemed a threat, a key piece of evidence has surfaced that rebukes such denials. The University of Washington Center for Human Rights (UWCHR) has digitized in a freely-accessible website what has come to be called the “Yellow Book” [xii]. This book is a confidential document with a yellow cover containing information targeting 1,915 individuals who were deemed as “delinquent terrorists”, a term used to label so-called enemies of the state [xiii]. This military document was created by the Salvadoran Army, and it provides, if anything, even greater evidence to date of the government’s systemic surveillance and the brutal measures taken against Salvadoran citizens. The Yellow Book includes the names, pictures and other identifying information of targeted victims, and while some were in fact guerilla cadres, many of those identified in the compendium were such non-combatants as union leaders, human rights advocates and political figures [xiv]. Initially discovered by a Salvadoran citizen, this book made its way to researchers at UWCHR for analysis and validation. In collaboration with the Human Rights Data Analysis Group (HRDAG) and the National Security Archive, the preliminary findings demonstrate a grim picture for those singled out in the book. When comparing a list of those named in the yellow book with historical databases of the victims of the conflict, the researchers concluded that hundreds were murdered in extrajudicial executions, as well as forced-disappeared, tortured or detained. Overall, almost half the names in the book suffered human rights violations, and approximately 233 people in the book were forcibly disappeared. A handwritten note on the cover page of the book provides very specific instructions to those reviewing it: “Use it –make copies of the photographs and put them on your bulletin board so you will know your enemies” [xv].

The Yellow Book is one of many documents available to aid the CONABUSQUEDA in taking a proactive approach toward its mission to find answers about every adult victim of disappearance. The surviving family members of the adults forcibly disappeared have the right to know the truth of what happened and who was responsible for the human rights violations their loved ones were forced to endure [xvi]. On July 13, 2016, the Salvadoran Supreme Court invalidated and declared unconstitutional the short-sighted and counterproductive blanket Amnesty Law protecting human rights violators for crimes committed during the civil war. CONABUSQUEDA now has the means to forge ahead and advance the rights of all victims from this time period, helping to heal the open wounds of those who do not know what happened to their loved ones. It is critical these investigations are executed not only to provide closure for the victims’ families, but to identify and proceed to prosecute the criminals deemed responsible, now that the amnesty law is no longer valid.

It is encouraging that Salvadoran President Cerén, himself a former guerilla, has created this commission, that he supports the victims’ right to know the truth as well as to seek reparation. Making progress in the process of truth-telling and fostering transparency, as explained by the concept of transitional justice, that strengthens citizens’ trust in the rule of law [xvii]. While unearthing the truth is just one of a sequence of such appropriate steps as criminal prosecution, reparations and institutional reform, it is promising for the thousands of victims to know that their plight is not being swept under the rug and that achieving justice is no longer hopeless, or a phantom of a distant past.

[iii] When the Truth Commission published the official Truth Commission Report, President Cristiani was one of the most ardent critics of said report. See “Salvadoran President Criticizes U.N. Report: Politics: Cristiani hints he will ignore some reform proposals, including judicial overhaul, and repeats call for amnesty.” Los Angeles Times. Accessed at http://articles.latimes.com/1993-03-19/news/mn-12864_1_reform-proposals

[v] Former President Francisco Flores, in repeated occasions during his presidency (1999-2004) and afterward, went to great lengths to advocate the importance of the amnesty law. For some of his statements and critique of them, see “Verdad y justicia, temblores y mentiras.” UCA. Accessed at http://www.uca.edu.sv/noticias/texto-2364

[xvii] For an analysis exploring the relationship between transitional justice and rule of law, see “Rule of Law-Transitional Justice.” Accessed at http://www.ohchr.org/EN/Issues/RuleOfLaw/Pages/TransitionalJustice.aspx