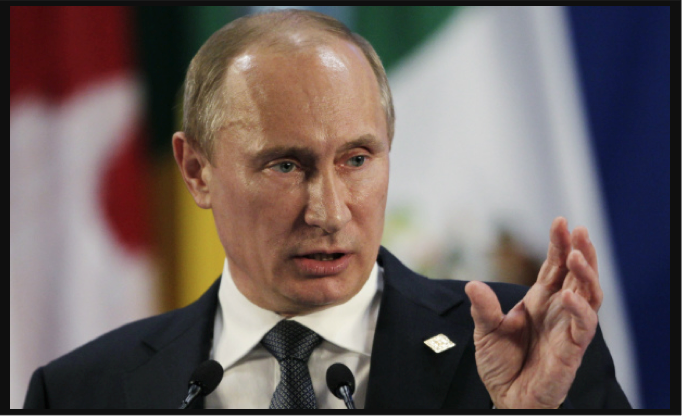 The current economic competition between the Russian Federation and the United States in the Western Hemisphere bears striking similarity to the political antagonism prevalent during the Cold War. This deep seated rivalry still influences world affairs, as the United Nations Security Council cannot enact any major decision without an agreement between those two powers. However, a pragmatic view of the world economy plays a greater role now in the determination of Russia’s priorities and strategies as it begins to catch up with the U.S. in its exposure to Latin American economic interests.

As of late, the Russian Federation has gained economic ground over the United States in various parts of the Latin American region. For example, Washington’s embargo on Cuba gives Russia the opportunity to fill in the economic hollows left by the “imperialist neighbor.” While Washington engages in very limited trade with its ancient foe, Russia-Cuban links have been growing stronger with each passing year. Recently, the Russian oil company Zarubezhneft announced its plan to invest $100 million USD in Cuba by 2025. Considering that deposits of Cuban oil are estimated to reach 20 billion barrels, the Russians’ investment plan appears as if it will bring considerable profits in the near future to both sides. [1]

The recent activity in Ecuador presents another aspect of Russia’s growing economic attraction to Latin America. At the end of July 2012, the Ecuadorian government signed the “memorandum of understanding” with Gazprom, Russia’s largest oil and gas company. The memorandum will launch the exploration of the natural-gas field in the southern coastal areas of Ecuador. [2] This “Bolivarian country” (in reference to the state’s left-leaning state ideology) will gain ample royalties in conjunction with the development of its energy sector, while Russia will secure market access into Ecuador via their already impressive natural gas reserves. Notably, Ecuadorian President Rafael Correa continues to advocate continental leadership independent of U.S. influence, thereby welcoming Russian influence.

Gazprom, together with another oil company, Rosneft, are clearly linked to Russian foreign policy. The Russian government owns 50.002 percent of shares in Gazprom and 75 percent in Rosneft thus President of Russia, Putin, oversees strategies of both companies. [3] Gazprom is the world’s largest producer of natural gas and the second largest producer of oil in the world with 9.7 million barrels per day, just behind Saudi Aramco. Rosneft is the world’s 15th largest oil and gas producer. [4] The wielding of such economic weight serves as a powerful foreign relations force as Russia looks to enter new global markets, firming up the already inextricable relationship between politics and economics.

The Cuban and Ecuadorian examples demonstrate how the United States’ continuing ideologically-based economic ties with Latin America could invite other large world players to represent investment portfolios to the region. The United States clearly does not take full advantage of its geographical proximity to Latin America, even as Russia pushes for greater markets throughout that region. At the time of the Cold War, bipolarity was intensified by a constant ideological race to include as many Third World countries under either Soviet Union or or the U.S. umbrella. Today the two compete over markets and trade partners throughout Latin America. In this battle Russia is clearly winning, because of its firm economic pragmatism.

One observes the phenomenon of increasing Russian influence in Latin America in the development a solid relationship between ALBA (Bolivarian Alliance for the Americas) and Moscow. Although Russia is not technically allied with ALBA—which is known for its left-wing ideology—Moscow is not wasting the opportunity to support anti-Western declarations espoused by the Bolivarian states. Former Russian President, Medvedev, has declared significant perspectives for cooperation, especially in economic development, highlighting the pragmatic nature that Russian economic policy has adopted over the last 20 years. [5]

Possible future nationalization of Russian assets by Latin American governments and political disagreements within the region have yet to deter Russia from vigorously embracing the emerging market. The Russian Federation has proven capable of negotiating with various leftist governments and has worked around the U.S. embargo against Cuba. The country appears to prioritize potential returns on its investments over ideology and public opinion by investing in controversial industries including arms and pipelines.

The economic potential of some countries could have a lasting impact on how we view the world politically. The words investment, profit and trade have been added to the everyday vocabulary of politicians. However, Russian politicians are ready to apply those words in Spanish more often than other counterparts.