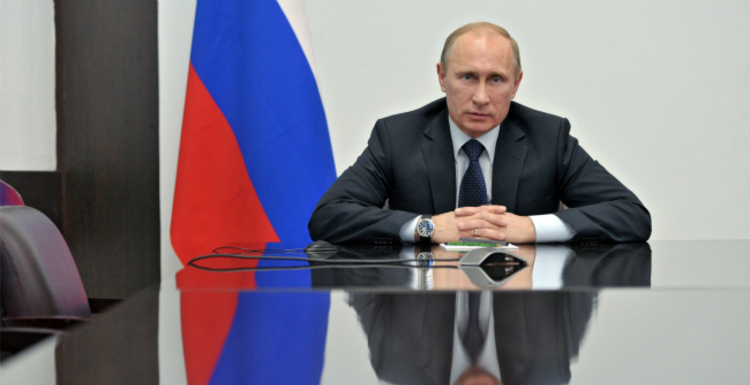 Since the end of the Cold War, Russia has swallowed its pride and bitterly reconstructed its outdated domestic infrastructure. This is no easy task, as the country is the world’s largest in terms of landmass, spanning nine time zones from St. Petersburg on the Bay of Finland to Vladivostok on the Sea of Japan. However, Russia’s international ambitions have not been curtailed in the slightest, though its leaders now take a far more pragmatic, rather than ideological approach to foreign relations.

In light of the trend of growing U.S. disinterest towards Latin America, it should come as no particular surprise that Russian President Vladimir Putin’s foreign policy towards Latin America shows a desire to reestablish the old Soviet habit of romping around in Washington’s backyard. Carl Meacham, Director of the Americas Program at the Center for Strategic and International Studies, confirms that “the past decade has seen a new and revived tenor to Russian involvement in Latin America, focusing primarily on establishing its place in the region through general commercial trade, but particularly the weapons trade.” [1]

The Putin administration’s efforts to complete bilateral economic agreements, which include arms sales, are meant to create legitimate interstate partnerships. However, selling large quantities of weapons and aircrafts indirectly encourages arms races and the possibility of violent conflicts both within and between Latin American states. Additionally, neither the North Atlantic Treaty Organization (NATO), nor the larger international community, regard Russia’s actions in the Western Hemisphere as innocent attempts at international cooperation. Russia’s policy towards Latin America thus raises the question: Are the dangers of proxy conflict, or even a new Cold War, being reborn?

Russia’s foreign policy towards Latin America under the Putin presidency focuses not on macro-deals and dominating large trading blocs, but on arms sales and economic agreements with ideologically driven nations like Venezuela, Nicaragua, and Cuba. Nicaragua and Cuba are historic allies of Russia dating back to the Cold War, but all three states are seeking to develop closer relations with the Putin Administration as evidenced by Russian Foreign Minister Sergei Lavrov’s recent travels to the region. In a May 29 press conference after his most recent visit, Minister Lavrov confirmed that Russia’s interest in Latin America is an important part of forming a “fairer, more democratic and polycentric system of world order.” Furthermore, in addition to bilateral relationships, the senior government official stated that Russia is “actively exploring the arena of interaction with integration associations in the continent with almost every country of the region.” [2] Ultimately, both Russia and its developing partners are seeking something more than just closer diplomatic relations. Russia is home to several of the world’s largest oil and natural gas companies, and they are constantly searching for cheap petrol-sources and opportunities to drill. Conversely, several Latin American nations, namely Brazil, Nicaragua, Peru, and Venezuela, prefer purchasing weapons from Russia as opposed to the United States because they have become habituated to this option, with Peru purchasing Soviet/Russian weaponry for 40 years. This is because the weapons come with less international (and U.S.-sponsored institutional) scrutiny, a greater potential for free and equal bilateral cooperation because Putin’s government is less hindered by domestic considerations and its international image, and Russian technology tends to be cheaper and easier to operate.[3]

For instance, Venezuela purchased more than three-quarters of the $14.5 billion in Russian arms sold in the region between 2001 and 2013.[4] Moreover, the two countries signed several deals in 2009 that allowed Russian oil companies – including Rosneft, Transneft, and LUKoil – to develop oil fields and possibly build a pipeline traversing the South American country. As a separate part of those accords, Moscow and Caracas also signed multiple military cooperation deals that outline joint strategic projects and intellectual property rights protection with regard to the cooperation of both countries’ military-industrial complexes.[5]

In the case of Nicaragua, Foreign Minister Lavrov’s visit in May yielded an agreement to build the Interoceanic Grand Canal, a 204.5 km longer alternative to the Panama Canal that would decrease shipping costs for the main investors through the region and allow Russian navy and air forces to access and patrol those waters until June 30, 2015. Among other facilities, the deal also included the construction of two ports, an airport, and an oil pipeline, all of which is estimated at a value of $40 billion.[6]

Likewise, in a move to encourage foreign investment and further improve relations to open up military options, Moscow decided in late December 2013 to forgive 90 percent of the $32 billion in debt that Cuba has held since the Soviet Era.[7] Additionally, Russia and Cuba signed two more oil agreements in May with the intent to provide joint offshore drilling opportunities.[8]

Finally, in response to financial sanctions imposed on Russia by the United States and other Western leaders, Russian government officials have discussed the possibility of building military bases, aircraft refueling stations, and additional military installments in several strategic positions across the globe, including Venezuela and Cuba.[9] [10] These installations would be a Russian equivalent of U.S. military bases in Western Europe, Central Asia, and the Pacific, and are meant to provide vital technical support on long-range operations as well as create a sense of security if the possibility of any serious military conflict arose.

Stephen Blank, professor of Russian National Security Studies at the Strategic Studies Institute of the U.S. Army War College, has made several suggestions regarding how the United States could best interact with Latin America, saying that “regenerating its own economy; simultaneously opening up trade markets and eliminating barriers to Latin American exports; enhancing multilateralism and inter-operability among defense forces, as requested by Latin American militaries; and beginning the normalization of Cuba” would all have an enormously positive effect on U.S.-Latin American relations.[11] These suggestions, because they would counter Russian strategic initiatives in a parallel fashion, are the most appropriate policies that the United States can pursue in the Latin American region, in which many countries have been losing interest in U.S.-led cooperation. Not without reason, U.S. officials consider a strengthening of Russia’s economic ties to Latin America through arms deals and bilateral economic agreements a threat to Washington’s historical influence in the region. Furthermore, that threat is augmented by the fact that the BRICS countries (Brazil, Russia, India, China and South Africa) are characterized by quickly expanding domestic markets and growing GDP, which is increasingly catching the eye of many of the Latin American export-oriented economies.[12] As Latin American alliances continue to engage with Russia and China, and the United States continues to ignore the important problems brought up in the Organization of American States (OAS), there is a good chance of an enduring deterioration of U.S.-Latin American relations as well as a consolidation of connections between Russia and Latin American states in the coming years. [13]

A shift in the balance of world power?

Russia’s bold assertions and power projections into Latin America and the Caribbean are reminiscent of the Cold War and call for a discussion about the current balance of world power. Since the adoption of the Monroe Doctrine in the nineteenth century, the United States has maintained the powerful position of being the regional hegemon of the Western Hemisphere, while the Soviet Union after 1945 controlled a large portion of the Eastern Hemisphere. The Cold War period was critical in exemplifying the dangers of a bipolar international system in which ideology drove geopolitical interests. The strategy used by the United States to contain the spread of communism included several episodes of proxy conflict in East Asia and Latin America, as well as foreign policy initiatives and interventions of sovereign nations that can be described as hypocritical at best. When combined with the George W. Bush administration’s inability to produce a favorable conclusion in the Second Persian Gulf War and its generally shortsighted foreign policy, a trend of global disillusionment of the United States’ role as a world leader and global police state becomes distinctly visible. From a global perspective and taking into account the United States’ fondness of promoting a liberal democratic agenda while not adhering to its own policies, it is unsurprising that Latin America is diversifying its economic and strategic alliance portfolios by searching for trading partners in other regions of the globe.

Thus, the question becomes not why these Latin American countries align themselves with an autocratic leader such as President Putin, but to what extent they are able to extract themselves from the hypocritical embrace of the “land of the free” and achieve a clear and consistent alliance with a leader that they much better understand. It seems that it is not Russia that is soliciting Latin America and intruding in the United States’ historical sphere of influence, but rather Latin America and the Caribbean that are forging new opportunities for international cooperation with countries other than the U.S. In short, Russia’s increased involvement in Latin America is not meant to incite a return to the twentieth century system of alliances, but rather to offer an alternative to an unfair alliance and at the same time institute a cooperative multipolar international structure that allows both larger and smaller states to participate in the processes of globalization, military cooperation, and economic integration.

Given the ongoing and alarming developments in Ukraine, Russia’s current foreign policy may seem reminiscent of the Cold War – in that both the United States and Russia have the capacity to threaten the other and are fighting a security and foreign policy battle in Latin America. Nevertheless, it is doubtful that the developing relationship between Russia and certain Latin American countries is anything but one of sheer circumstantial opportunity. That is, as much as the United States is inclined to believe that Russia is innately malevolent, Moscow’s bilateral trade agreements and oil pipeline deals do not aim to interfere with commerce between the United States and Latin America, but instead intend to take advantage of the potential for economic growth. Therefore, the emerging status quo between Russia and Latin America is an opportunistic engagement of states that mutually benefit from cooperation and who are able, and willing, to defend their right to interact against a declining regional hegemon.

[6] Yuri Paniyev, “Russia and Nicaragua to cooperate on construction of interoceanic canal,” Russia Beyond The Headlines, May 14, 2014, accessed June 5, 2014,