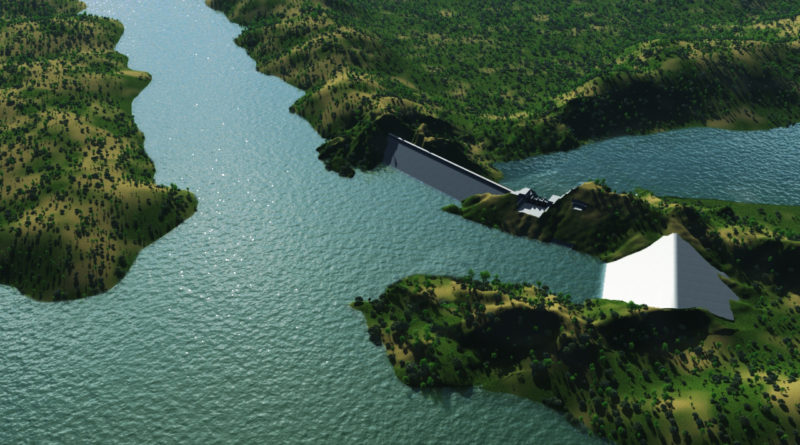 The problems of Colombia’s rural populations have been extensively analyzed, mostly regarding their participation in the country’s historical domestic armed conflict. For example, numerous reports have focused on the violence of the guerrillas, paramilitaries, and narco-trafficking organizations that have forced families and even entire villages to abandon their native land and homes, becoming Internally Displaced People (IDP).[1] However, factors other than civil conflict can lead to the displacement of populations. Biofuel companies, the mining industry, and mega-construction projects have threatened the environment, food security, and agricultural biodiversity in rural Colombia, and have led to displacement and the dispossession of land.[2] Successive Colombian governments have exacerbated this problem by engaging in the indiscriminate allocation of exploitation licenses to private companies. Furthermore, several ongoing mega-projects fail both to uphold any standards of sustainability and to take into account the interests of the local population. This has created a need for a clearly defined national usage policy and an accompanying regulation and management system. These issues are rarely present in the national and international media, but have transformed the lives of many Colombians living in rural areas.

Expected to begin operating in 2014, the El Quimbo Hydroelectric Project Plant is located in Huila, a southwestern region of Colombia. It is one of the largest development projects in the country. The facility provides a prime example of how ambitious projects can destructively collide with the lifestyles of rural populations. The project’s license was originally granted by the Colombian Ministry of Environment on May 15, 2009, despite a lack of prior research on its potential environmental and social impacts.[3] Bogotá-based Empresa Generadora de Energía S.A. (Emgesa S.A.) is constructing the dam for an estimated USD 800 million for the hydro component and USD 200 million for substations. Emgesa claims that the El Quimbo Dam, which is projected to generate 400 megawatts, will supply 8 percent of the country’s energy production, though other sources claim it will only total 2.5 percent of the figure.[4] This project has been put forward as part of a plan to encourage international investment in Colombia and has been sold to the public as part of a national plan for energy security; however, it is unclear how much of the resulting electricity yields will stay in Colombia. The country already produces a more than sufficient supply of electricity for its domestic needs and exports its surplus to neighboring countries like Ecuador; it is also establishing ties to Peru, Venezuela, and Panama.

According to critics, Emgesa’s study merely glossed over the problems associated with the construction process and failed to analyze the ongoing costs for all of the affected parties. As stated by Asoquimbo, a local organization that has vocalized its opposition to the dam, it is clear that the project will destroy a vast part of an ecologically protected forest zone in Huila, which will lead to the displacement of 427 families and more than 1,466 local residents who are expected to lose their jobs.[5] In addition, the project will affect the production of goods such as cocoa, rice, sorghum, maize, and bananas (valued at 32 billion pesos, roughly USD 16.7 million). The approval of the operating license for El Quimbo violates various national laws (i.e. the Colombian Constitution’s Article 4 Resolution No. 1814, passed on September 17, 2010), and a number of basic human rights: the right to participate in the decision-making, right to work[6], and the right to home, among others. Most flagrant has been the treatment of affected populations, as the few with property rights have not been given much other alternatives than to sell their land. Additionally, the affected individuals have not been properly informed of the mandatory compensation measures to which they are entitled due to illegal restrictions put in place by the company regarding the right to obtain information.

Nevertheless, there has been a strong resistance movement in defense of the territory, broadly supported by the communities along the Magdalena River. Such resistance has taken the form of panel discussions, forums, debates in Congress, and discussions convened by the national government.[7] Most recently, on September 30, 2011, with the support of the Instituto Latinoamericano para una Sociedad y un Derecho Alternativos (Latin American Institute for an Alternative Society and an Alternative Law – ILSA), affected populations filed an action before the Administrative Court requesting that the environmental license be revoked. On the same day, a march was organized to make the rejection of the hydroelectric project more tangible.[8]

The Colombian government has been presented with the prospect of a complex decision on how to balance the rights of its citizens with economic development. Its goal was to protect the population, but with issues such as the construction of El Quimbo, the state essentially would become responsible for displacement. El Quimbo is far from an isolated case, and analyzing the resulting dilemma helps to clarify the many ways in which national policy often hurts more than it helps.

The displacements associated with El Quimbo revealed the government’s attitude toward the rural population. On a global scale, Colombia’s land use policies and structural constraints (i.e. inequity in the benefits of modernization, concentration of ownership generating conflicts over land and local control) are usually discriminative and restrictive towards farmers and fishermen. They are often marginalized and labeled as a secondary priority when it comes to a broad range of economic incentives. The recent report on human development from the Programa de las Naciones Unidas para el Desarrollo (United Nations Development Program – PNUD) entitled “Colombia Rural: Razones para la esperanza” (Rural Colombia: Reasons for Hope), addresses the issue of land use and rural populations. The report states that “75.5% of Colombian municipalities are rural … [these municipalities are] home to 31.6% of the population and cover 94.4% of the land surface.” Therefore, in disregarding the rural areas, these policies have ignored the vast majority of the country.

National debates and the agrarian conflict

Colombia has imposed restrictive conditions on the campesinos (peasants) by limiting their access to land, capital, technology, and markets, not to mention diminishing their importance as political actors, and it has threatened biodiversity through activities such as biofuel projects and mining. The difference within the rural area itself has been emphasized, as the concentration of property and modernization have mostly benefited big landowners. Through these actions, the Colombian state, regardless of who happens to be president, has clearly shown where its interests lie. This agrarian conflict has been exacerbated by what is usually an ongoing armed conflict, to the point that both issues have become indiscernible with a glaring lack of clarity.[9]

The government has made two much-debated attempts to address certain problems of the dispossessed living in urban centers and rural lands: the 2010-14 National Development Plan[10], which outlines a policy framework aimed at reducing the gap between the urban and the rural populations, and the Rural Development Act, released by the Ministry of Agriculture in May 2011. Academics, NGOs, and social movements have agreed that the scope of the Rural Development project’s attempts at poverty abatement were very minimal, as it does not contain clear policies or mechanisms to address the problems of the rural population with any degree of comprehensiveness and leaves out  key issues such as food safety and effective land distribution

If rural peoples were given economic compensation in return for development projects in their communities,[11] citizens’ faith in the government could be restored. There is a necessity for a renewed political will and for a commitment from the Colombian society, in order for state planners to be able to balance priorities and accept more of an input on the rural countryside. This can be done by having the government and modernizing sectors support the demonstrated needs of the rural areas, and by an understanding that this is an opportunity to overcome poverty and inequality, as well as remove some structural causes of conflict. In this sense, Colombians should strive towards a national consensus in support of a development model able to prioritize environmental sustainability, the strengthening of rural organizations, land redistribution, and more intervention from the state. [12]

The urgent issue of rural development is constantly being pressed in Colombia, from conferences to the offering of a university degree in rural development at the Instituto de Estudios Rurales at la Pontifica Universidad Javeriana, to the daily presence of organizations such as Oxfam and the Programa de Políticas Públicas of USAID. The most recent report from the United Nations on rural Colombia—the first one in years– encourages further dialogue. [13] Unfortunately, many concerns remain, especially regarding the actions taken by the Colombian Ministry of Environment in cases such as the Quimbo Dam. Though the past years of resistance from small, local Colombian organizations have not led to significant changes in terms of the government’s attitude, these disputes at least have attempted to bring this issue to the forefront of the national agenda.

The international community has scarcely been involved in these issues, especially in comparison to its response to the violence and armed conflict in the country. The agrarian conflict must not only be debated but also must lead to the implementation of constructive outcomes that reflect an understanding of the wide range of problems that persistently afflict Colombia.

The rural areas possess great biodiversity and abundant food and energy resources. It is here that Colombia has enormous wealth and great potential. If these resources are used with caution, for fighting poverty rather than winding up heavily concentrated into relatively few hands, that potential may be realized. A drastic change in state policy would therefore be in the interest of all those who depend on profits derived from Colombia’s natural resources. Such a reform would of course improve the living conditions of the rural population and help feed nutritional needs of the urban population, thus proving a good economic investment for the state.

References for this article can be found here.
For more on Colombia, click here.