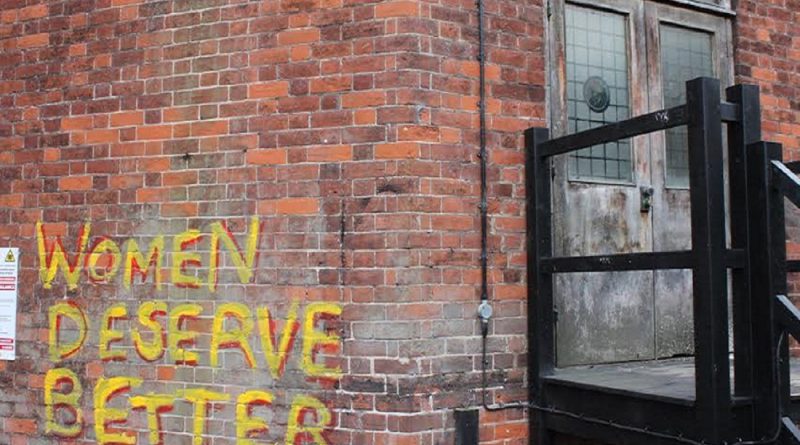 On May 3, 2006, the people of San Salvador Atenco in the State of Mexico organized a protest against plans to build an airport that would forcibly remove thousands of people from lands they had inhabited for generations. Current Mexican President Enrique Peña Nieto, who was acting governor at the time of the State of Mexico, sent in Mexican State police to end the resistance. The Mexican State police were ill-equipped to handle the resistance so on the following day, May 4, they returned with the Federal Police, and helicopters to implement a violent operation. In the conflict that followed, two people were killed and 217 were detained, including 50 women.[i] Law enforcement officials tortured and sexually violated these women in an effort to repress and silence them.[ii] Officers allowed days to pass before victims were treated by medical professionals.[iii] Despite their trying experiences, these women refused to be silent about their experiences and, for more than a decade, spoke out against sexual victimization by law enforcement officials. Since then, public agents in Mexico have been accused of a litany of human rights violations against women including arbitrary and illegal detention, withholding of due process and judicial rights, physical abuse, and sexual torture by means of sexual assault and rape.[iv]

On May 5, 2014, Mariana Selvas, Georgina Rosales, María Patricia Romero, Norma Jiménez, Claudia Hernández, Bárbara Méndez, Ana María Velasco, Yolanda Muñoz, Cristina Sánchez, Patricia Torres, and Suhelen Cuevas[v] came together on the eighth anniversary of their plight and formed the initiative Rompiendo el Silencio (Breaking the Silence).[vi] Rompiendo el Silencio aims to expose the systemic pattern of sexual torture that women in Mexico face upon detention by law enforcement and military agents to intimidate, repress, or humiliate women into submission.[vii] The initiative intends to educate the public about the nature of sexual torture and reveal the victims by making their stories and experiences known to the outside world. Sexual torture is violence against women through which their bodies and their freedom are violated through sexual assault, rape, the introduction of objects, and physical assault. Since 2014, Rompiendo el Silencio has worked tirelessly with diplomatic institutions and human rights organizations such as the United Nations, the Inter-American Commission on Human Rights (IACHR), Centro Prodh, and Amnesty International.

Despite valiant efforts from these 11 women, until recently, their voices had gone mostly unheard by Mexican local and federal governments. Ten years after the assaults took place, the IACHR finally brought the investigation before the Inter-American Court of Human Rights into the events that took place in Atenco in May 2006, calling for a much more thorough inquiry into the chain of command to ascertain who may have issued the order permitting the abuse and use of force and calling for disciplinary action against authorities who contributed to the human rights violations and the denial of justice for the women. The IACHR suggested that the State government has sought to minimize and cover up the events. Though the government in the State of Mexico has acknowledged the accusations, it has not convicted anyone in relation to these crimes. Only 21 officers of the 700 ordered to appear at the protest were charged for abuse of authority. All 21 were acquitted. A state police officer was charged for the “non-serious crime” of “libidinous acts” after forcing a victim to perform oral sex; he was also acquitted.[viii] Five doctors were charged with ignoring evidence of sexual abuse, but had their cases dismissed.[ix] Rather than prosecute the law enforcement officials involved, the State of Mexico initially prosecuted the victimized women. Five of the women were imprisoned for more than a year on arbitrary charges such as blocking traffic.[x] Additionally, in May 2017, The State Human Rights Commission of Veracruz (La Comisión Estatal de los Derechos Humanos de Veracruz, CEDHV) issued a recommendation to the Attorney General of the State of Mexico and the President of the Superior Court of Justice and the Judicial Council of Veracruz to release María del Sol Vásquez who has been illegally detained for five years for crimes that she did not commit.[xi] There is not yet evidence to suggest whether the Mexican government will heed these recommendations.

Though Rompiendo el Silencio has not been able to persuade the Mexican government to indict those involved in the crimes of May 2006, it has successfully brought national and international attention to its cause. In 2016, Amnesty International conducted thorough research into the systemic torture and ill-treatment of women by Mexican police.[xii] The report revealed that, as a result of the “war on drugs,” the 2006 San Salvador de Atenco civil unrest case was not an isolated incident, but that security forces routinely sexually abuse women in order to secure confessions and boost figures to show they are effectively tackling organized crime. The women interviewed in the report claimed they had been sexually abused or raped, and/or experienced some sort of psychological abuse during their arrest and interrogation by both state and federal officers and by military personnel.[xiii] “These women’s stories paint an utterly shocking snapshot of the level of torture against women in Mexico, even by local standards. Sexual violence used as a form of torture seems to have become a routine part of interrogations,” Erika Guevara-Rosas, Americas Director at Amnesty International, said.[xiv] The women are most often accused of participating in organized crime or drug-related offenses, presenting the accused to the media as criminals and forcing them to confess to crimes they may not have committed. Most victims come from marginalized, low income backgrounds and are unable to afford legal defense.[xv] In 2013, there were 20,000 reports of torture by law enforcement officials from both men and women in Mexico. That number doubled between 2013 and 2014. Still, there have been only 15 criminal convictions, a mere 0.000375 percent conviction rate. The report exposed that federal authorities rarely afford the women proper medical and psychological care or forensic examinations for those who claim they were ill-treated.[xvi]

The successive Mexican governments (PAN and PRI) are under heavy contention for their “war on drugs” that has left hundreds of thousands dead since 2005. The Mexican state is known for continually ignoring human rights violations and citizen security, especially in the case of women. This case has risen amidst the crisis of the Peña Nieto administration. His presidency has been largely disappointing after he had been elected on the promise to end the war on drugs, extrajudicial killings, and other related abuses of power. As such, his approval ratings sit at an all-time low of 20 percent.[xvii] Most recently, Peña Nieto had been criticized for ignoring the disappearance of 43 students in September 2014 that were allegedly kidnapped by police in Mexico City.[xviii] The Mexican government is not only allowing these heinous crimes to go unpunished, but also creating a culture where impunity is not only accepted, but expected. Women fear arrest even if they have done nothing wrong. Despite overwhelming proof that these abuses are occurring regularly, the government has almost completely ignored these women and their rights. The only safeguard for women is federal taskforce created within the Ministry of the Interior (SEGOB) which critics have called a “band-aid” solution that does not convict sexual perpetrators.[xix] “[In] the nine months since its establishment, it has remained dormant and has made no progress in any of the just three cases brought before it.”[xx] Most other nations have some means for private citizens to report police crimes, but Mexico has not yet created any such program. Peña Nieto only has one year left of his term. If he intends to raise his approval ratings before his exit from power, he should begin by executing policies against sexual torture.

Featured image: Protest Against DSK at the Cambridge Union Society

[ii] Dan Moshenberg, “For the women of Atenco, today is one more day of women’s fight for justice and freedom,” Women in and Beyond the Global, September 23, 2016.