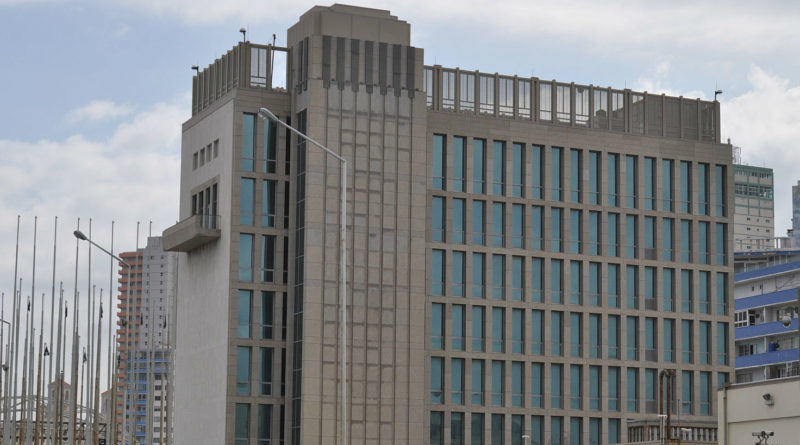 Diplomatic relations between the United States and Cuba will finally be restored on July 20, when Washington reopens its embassy in Havana after more than 50 years of political turmoil between the two countries. Cuba will also open its embassy in Washington that day, and John Kerry will visit Havana, making him the first U.S. secretary of state to go to Cuba in 70 years.[1]

This is a step in the right direction in regard to US-Cuban policy since the U.S. embargo, which was enacted in the early 1960s, has not been successful in bringing about regime change or some version of the Washington Consensus in Cuba.[2] “It hasn’t worked for 50 years,” Obama said in his announcement from the Rose Garden last week. “It shuts America out of Cuba’s future, and it only makes life worse for the Cuban people.”[3]

Instead of naming an ambassador right away, the Obama Administration announced it would make Jeffery DeLaurentis its charge d’affaires. DeLaurentis has led the U.S. diplomatic mission in Cuba beginning last year. Senators and presidential candidates Marco Rubio (R-FL) and Ted Cruz (R-TX) have declared they will oppose any ambassador that Obama nominates.[4]

These Republicans and other critics of the normalization process between the two countries argue that Obama is legitimizing the government of Raúl Castro without attempting to seek guarantees of improvement in human rights on the island. Rubio has been especially indignant about the easing in relations, insisting that it is “important that pro-democracy activities not be sacrificed in the name of ‘diplomacy’ just so that we can change the name of a building from ‘Interest Section’ to ‘Embassy.’”[5]

While this condemnation on Rubio’s part certainly makes him appear tough on governments that do not share Washington’s values, it does not offer any real solution to the problems dissenting Cubans face and ignores the valuable cultural exchange that can take place through increased levels of tourism and bilateral economic transaction.

The number of Americans who visited Cuba between January 1 and May 9 this year increased 36 percent compared to the same period in 2014.[6] Although the result of this influx of American tourists remains to be seen, it appears that if critics like Rubio want Cuba to inherit American ideals, contact between the countries would be a good start.

As part of the agreement between the United States and Cuba, Cuba has agreed to relax restrictions on Internet access, and, in fact, the American media streaming site Netflix announced Cubans can now stream its content.[7] Although independent Cuban websites are still blocked, this increase in Internet freedoms will most likely snowball into greater access.[8]

It should be noted that this exchange of ideas will not only be one way, and it should not be assumed that Cuban citizens will be the only ones learning from American tourists and companies. For example, Cuba provides healthcare for “all segments of the population” and still manages to boast a medical system with “results similar to those of the most developed nations.”[9] Its education system enjoys success as well; its literacy rate is 99.8 percent, far above many of its Caribbean neighbors.[10]

In addition to the Republicans’ opposition to appointing an ambassador, another roadblock to complete normalization is the fact that the embargo can only be completely lifted by Congress, which is currently Republican-controlled.[11] Obama cannot lift these sanctions against Cuba himself because in 1996 former President Bill Clinton signed the Helms-Burton law, which declared the embargo could only be lifted by a majority of votes in Congress.[12]

This illustrates that, despite the progress made on Obama’s part, barriers remain. Rubio and other critics of this rapprochement are only gumming up a process that could actually result in some of the increased human rights and democratic changes they have been calling for.

Those who critique this decision not only get in the way of a potentially positive step in the lives of Cubans but also are hypocritical in their intense devotion to fighting for human rights. In a 2013 article, Human Rights Watch detailed a handful of countries with whom the United States is allied that have, arguably, worse human rights records than Cuba and should not receive unconditional U.S. support, such as Afghanistan, Uzbekistan, Cambodia, Rwanda, Ethiopia, Saudi Arabia, Bahrain, and Mexico.

Critics of Obama’s actions regarding US-Cuba rapprochement should not use human rights as the only reason to deny this easing of relations when they do not mind being associated with oil-rich Saudi Arabia, a country that “suppresses most dissent” and “insists that the neighboring Bahraini monarchy crush its pro-democracy movement.”[13]

Another important aspect of the discussion is how Cubans view this decision. Traditionally, Cuban-Americans have been against the easing of relations between Washington and Havana, but a Florida International University poll indicated that 7 in 10 Cuban-Americans are now in favor of reestablished diplomatic relations.[14]

In light of the news that the United States will be reopening its embassy, the atmosphere in Cuba is hopeful overall, according to independent Cuban news publication 14ymedio. While the online newspaper did note that some Cubans critiqued the move, many others emphasized their positive expectations for the future. Specifically, Cubans highlighted that rapprochement could mend familial ruptures caused by the 54-year-old political divide between the countries.[15]

“I have two brothers that I only know through photographs,” said Cuban citizen Elizabeth Batista Acosta, “because I am the youngest of three and they went to the United States in a raft when I started primary school. They’ve never wanted to return, and [the government] won’t give me a visa to see them.”

Batista hopes that, with the opening of an American embassy, her brothers will be able to visit her and her mother “and bring flowers together to our father in the cemetery.”

María Suárez, a Cuban-American and resident of Miami, who also has been separated from her family for long periods of time due to the embargo, said, “I hope the diplomatic relations between the countries help the Cubans both here and over there to be closer. I don’t understand much about politics, but I do know that we can’t go back.”[16]