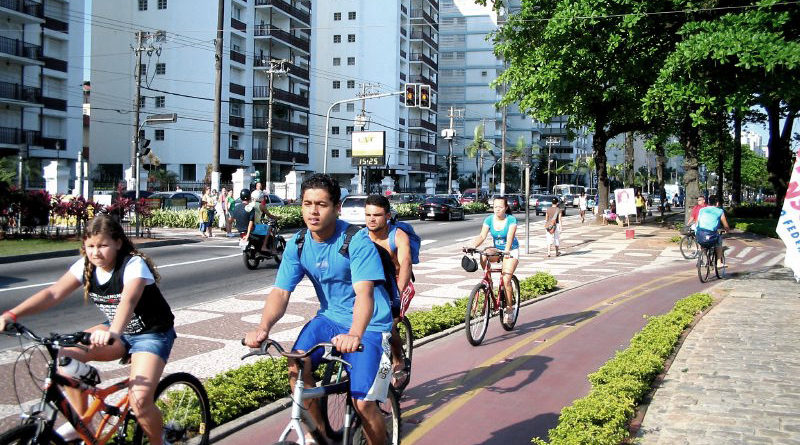 Since 1896, the Olympic Games have been a time-honored tradition, with countries from all over the world sending their very best athletes out to compete for glory. Sports and competition aside, the opportunity to host the Games is the most politically important aspect of the tradition. Given this responsibility, nations aim to show off their most decorated stadiums and entertainment venues in order to demonstrate their progress, development, and cultural strength. Predictably, a euro-centric bias has been present in the selection of the Games, with 30 hosts in Europe, 12 in North America, five in Asia, and two in Australia. This August, however, will mark the first time that the Olympic Games take place in South America; during the 2009 International Olympic Committee (IOC) meeting, the city of Rio de Janeiro, Brazil, won the honor to host the event. Although the political, economic, and health situations have all been widely reported on, news of Brazil’s architectural problems related to the games have been comparatively muted.[1][2][3]

On April 21, five cyclists were riding over a 50-meter portion of the Tim Maia Cycling Path in Rio when the section they were on was struck by a tidal wave and broken off. The bikers were sent tumbling 25 meters, resulting in two deaths. The path, which had been constructed just months earlier, is now under intense structural investigation by the Brazilian government in a search for criminal negligence. Michel Temer, Brazil’s interim president stated that “[i]t is a deplorable accident that must be investigated by local authorities.”[4] Brazil’s financial pressures in the face of the upcoming Olympics, paired with evasion of public funds by members of Rio’s state government, appear to be at fault for the cheap construction of the bridge.[5] Although the bridge was closed for repairs, Rio’s Mayor Eduardo Paes announced on May 20 that he was confident the bridge would be reopened later this year, and according to his “twisted optimism” (his words), the construction could very well be finished in time for the Olympics.[6] He has stressed, however, that safety is the top priority, not speed.

Still under construction at this time is the Rio Olympic Velodrome, a new biking stadium. Unfortunately, construction hit a snag on May 30 when the company in charge of building the Velodrome, Rio-based Tecnosolo, filed for bankruptcy. Construction has now been expedited with a new Commercial Steel Formwork Company, Engetecnica, taking hold of the project and using the best equipment, including the top rubber tracks for heavy equipment. Olympic Game officials have insisted that the Velodrome will be finished by the end of this month, although they fully acknowledge that the timing is tight. Gustavo Nascimento, head of venue management for the upcoming Olympics, stated that “I’m asked if I’m biting my nails? I don’t have time to bite my nails.”[7]

The Guanabara Bay is one of the many bodies of water in Rio de Janeiro in which athletes will be expected to perform. Intermittently clogged with trash, untreated sewage, and industrial waste, the bay is severely lacking in clean water, as the results of an extensive Associated Press testing session indicate.[9] According to the experts who tested the waters, none of the venues being prepared for the Olympics are safe for events, and it is too late for the kind of clean-up necessary to meet water safety standards. An official report by the U.S. Olympic Committee essentially washed its hands of the issue, saying, “There is no way to ‘zero out’ the risk of infection in any water.”[10] As with the Velodrome, Brazilian officials say they are working on resolving the problem; however, it is becoming increasingly doubtful whether there is enough time.[11]

A Chance of Hope?

As it stands now, the Games are looking to be similar to 2014’s Sochi Olympics in many ways. The Sochi Games, which were hit with a number of issues ranging from packs of stray dogs to terrorist threats, were still a relatively safe event.[12] Likewise, similar concerns were made about the 2014 FIFA World Cup held in Brazil and yet the World Cup proceeded with success. Even though some news sources have dismissed the Brazilian Olympics as a complete disaster, past events allow a fair amount of optimism for Rio 2016— assuming construction is prioritized.