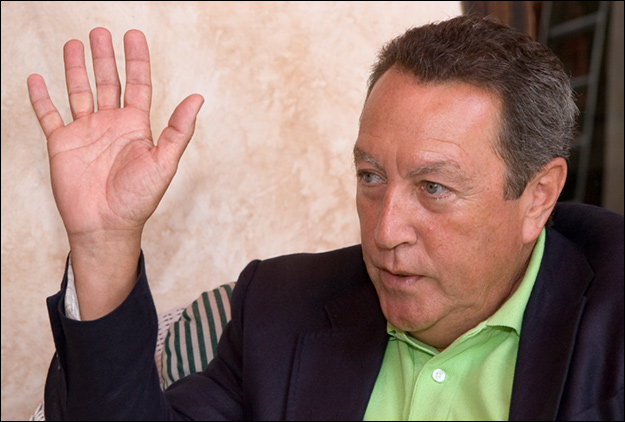 The 25th Anniversary of the Esquipulas II Accords was celebrated on August 14 at the Organization of American States in conjunction with the Center for International Policy and other regional NGOs. The gathering was called to honor the momentous event in Central American history that helped bring an end to the protracted and brutal civil conflict in the region. While the region remembers the Esquipulas II Accords, the injustice that then-Guatemalan President Vinicio Cerezo has not gained adequate recognition for his role in bringing peace to Central America must be addressed. Cerezo, as well as Costa Rican President Oscar Arias, El Salvadorian President Jose Napoleon Duarte, Nicaraguan President Daniel Ortega, and Honduran President Jose Azcona Hoyo signed the Accords in Guatemala City on August 7, 1987. The aim was to promote reconciliation through a democratization process, the reduction of the military presence, and the provision of assistance to the many stranded refugees scattered across the region.(1) This plan, which came to be known as Plan Arias, helped secure the Costa Rican President the Nobel Peace Prize that year, due in part to Arias’ open and determined self-promotion.(2) However, while Arias’ importance should not be minimized, there is little doubt that Cerezo conceptualized the process and should have been recognized at the time as the force behind Esquipulas. It was the Guatemalan leader, along with Arias, who deserved the rightful recognition of having played an essential role in the Esquipulas round of negotiations.

Cerezo assumed office at a time when the Christian Democratic victor in the presidential race was described by then-Guatemalan General Oscar Mejia as a “project” of the Guatemalan military.(3) In that moment, Guatemala possessed few resources and few expected the Esquipulas Accords to bring about a lasting peace in the region, especially because a unified Central America could come in conflict with President Reagan’s Cold War geopolitical interests in the region. For his part, Cerezo had won Guatemala’s first democratic election in three decades, which was no small achievement.(4) Upon taking office, Cerezo began to formulate his own peace plan for the region. His achievements as one of the principle formulators of Esquipulas were more than sufficient to justifiably designate Cerezo as the regional leader who initiated the peace movement at the summit, which marked the first occasion in ten years that leaders from the five Central American countries had met.

Esquipulas, primarily known as the site of the Basilica of Esquipulas, hosted the five regional governments in 1986 and 1987. However, the precedent for the peace accords stretched back to the groundwork constructed by what became known as the Contadora Group (after the Panamanian resort island) in the early 1980s, which Presidents Duarte and Ortega also attended.(5) The first meeting’s aim in 1986 was to seek a solution to the persisting Nicaraguan Contra-Sandinista conflict. These talks eventually expanded into the Esquipulas Accords during the following year. This plan, which Arias somewhat misleadingly promoted as his own, was presented in Guatemala City on August 6, 1987 and was quickly signed into effect the next day.(6) The plan did not include any new principles or regulations, but instead stressed domestic democratizing processes and regional support. Additionally, the plan outlined steps to recognizing the sovereignty of each participating government and condemned the role of external aid and political manipulations in internal conflicts. Slowly, the Contra rebellion came to an end in Nicaragua, while Guatemala created the National Commission for Reconciliation, and Honduras as well as El Salvador saw some peace dividends. Although none of these processes were of a sensational nature, Esquipulas did manage to initiate a peaceful reconciliation process in several Central American countries.

The Legacy of Esquipulas, Arias, and Cerezo

Nevertheless, Central America has not entirely witnessed the kind of ongoing peace dividend it thought it had won with the Esquipulas II Accords. El Salvador still struggles with systemic gang warfare, violence has plagued Honduras since the 2009 coup, and the whole region has come under harsh judgment by Washington during its War on Drugs. Therefore, like other aspects of a political and economic nature in the region, Central American peace remains a work in progress. But that is not to say that Esquipulas did not have a pivotal effect on the region. Some, in fact, are calling for a renewal of the Esquipulas process in order to address these remaining components of discord

What has come into enhanced focus over the past 25 years has been the mutual responsibility of each leader for what had transpired at Esquipulas. Indeed, President Arias had a strong negotiating position because Costa Rica had already abolished its military in 1948, which facilitated the establishment of civic harmony.(7) Unlike his counterparts, Arias did not have to worry about internal dissention and had the necessary time, resources, and freedom from pressure to travel abroad to promote his plan, which basically incorporated what had transpired at Esquipulas.(8) Due to this avid self-promotion, for which President Arias was well known, along with his admittedly significant role in the negotiations, Arias won the sole Nobel Prize for Esquipulas—a reward that has since become a sore subject for some in the region. President Ortega and an aide to the deceased President Duarte both have attested to the fact that Esquipulas was really the brainchild of Cerezo as much as it was of Arias.(9)

The time has arrived to redress the lack of proper recognition for Cerezo’s achievements. Internal conflict in Guatemala with the leftist Unidad Revolucionaria Nacional Guatemalteca, which persisted for many years following Esquipulas, eclipsed Cerezo’s achievements in the international arena.(10) Though violence skyrocketed, Cerezo was able to maintain civic power as well as to consolidate his constitutional rule. Among his most notable achievements was the implementation of a governing structure that basically remains intact today. Cerezo, however, could not escape controversy. He was later accused of fraud, but the matter was never brought to trial; Arias may be facing a similar fate for corruption charges. (11) Although it was not possible at the OAS-hosted anniversary celebration due to Arias’ presence, this revisionist view of reality must be addressed as the region remembers Esquipulas. Cerezo should be attributed with the full credit that is certainly due to him as one of the principle architects of the Central American peace process that 25 years ago was allocated exclusively to President Arias. Thus, Cerezo should be acknowledged for his work on the agreement and a strong case can be made that he deserves to share the 1987 Nobel Peace Prize with Arias.

On Tuesday August 14, the Organization of American States (OAS) together with several NGOs, including the Center for International Policy staged a celebration in Washington D.C. to honor the 25th anniversary of the Esquipulas II Accords. The event was scheduled to feature discussions about the progress and the remaining challenges for Central America regarding the resolution of the region’s several civil conflicts still challenging the region. Among other hemispheric notables, former President of Costa Rica Oscar Arias and former President of Guatemala Vinicio Cerezo were in attendance. For more details about the event, click here.