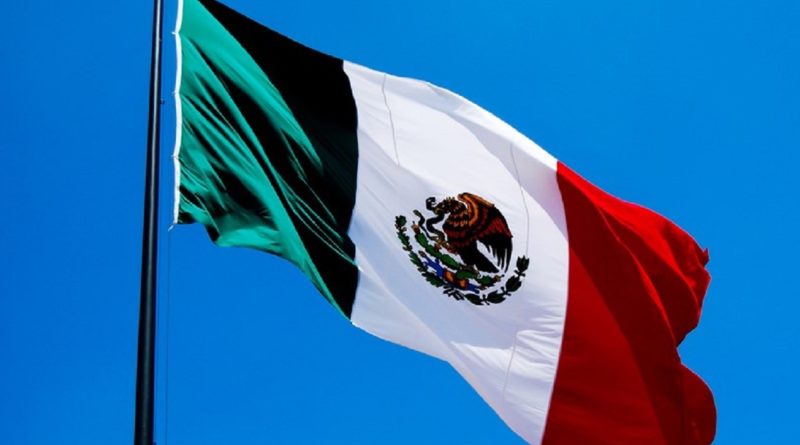 Extramural contributor at the Council on Hemispheric Affairs

Last year’s Mexican gubernatorial races provide an interesting preview for the upcoming presidential election. The 2017 campaign for governorship of the State of Mexico (EdoMex) pitted the establishment Partido Revolucionario Institucional (PRI) against the challenger leftist Movimiento Regeneración Nacional (Morena). The PRI’s candidate, Alfredo del Mazo, narrowly secured the governorship by defeating Morena’s underdog candidate, Delfina Gomez. Although Morena’s leader, Andres Manuel Lopez Obrador (“AMLO”), claimed foul play, del Mazo ultimately took office after a period of protests and uncertainty.[2] One year later, that campaign—and its contentious aftermath—may find a troubling resonance in July’s presidential election. In the 2018 presidential race, Morena again stands as the principal challenger to the PRI incumbency. Morena’s candidate, AMLO himself, this time, holds a commanding double-digit polling lead and appears poised for an electoral triumph.[3] In contrast, the PRI has run a listless and disjointed campaign. Last year, Gomez also led the early gubernatorial polls, and PRI gamesmanship ultimately managed to thwart Morena’s populist challenge. The previous state-level election foreshadows the discord that would result if AMLO loses, an outcome that may increase disillusionment among the Morena base.

Both of last year’s gubernatorial candidates served as clear representatives of their parties’ overall brands. Del Mazo is the quintessential Mexico State priista, heir to a family legacy of power (both his father and grandfather served as governor) and is closely tied to the clique that dominates the state. Del Mazo, a cousin of current PRI President Enrique Peña Nieto,  “looks like he just walked in from the country club.”[5] In essence, del Mazo is the PRI’s equivalent of Mitt Romney or Jeb Bush. Likewise, his opponent also represented a general microcosm of AMLO’s politics. Gomez, the daughter of a construction worker, does not have the same gilded background as del Mazo.[6] A former teacher, Gomez stuck closely to the Morena party line and closely embraced AMLO’s populism throughout her campaign for governor.[7] In fact, AMLO hand-picked her and Gomez clearly espoused the party’s leader’s platform. Furthermore, the State of Mexico holds outside importance on the national political scene. The country’s most populous state, EdoMex represents the PRI heartland, which has never experienced rule by another party. In this sense, last year’s election serves as a worthy proxy for examining the potential outcomes of the upcoming national campaign.

Morena protested the election results after last year’s gubernatorial defeat, and may do so again if AMLO somehow loses in the 2018 presidential elections. AMLO certainly has seen considerable experience with the post-defeat protest routine. He actually declared victory in the 2006 presidential election and sent his followers onto the streets before ultimately conceding to former President of Mexico, Felipe Calderón.[8] He played a similar role after his party’s narrow losses in the 2012 presidential election and the 2017 gubernatorial election for the State of Mexico. Last year’s protests provide an example of how the Morena party would contest the results if it somehow lost in July’s balloting. Este problema es importante para reducir el precio de los medicamentos para la impotencia. The gubernatorial protest strategy had two prongs: through the courts and through the streets. On the judicial side, Morena filed a claim with the Specialized Office of Electoral Crimes on behalf of the Gomez campaign.[9] They argued that the PRI corruptly purchased votes and also used scare-tactics to intimidate Gomez’ supporters.[10] Given the PRI’s control of the government machinery, those past court challenges petered out last year and seem unlikely to succeed this time. The street protests, however, proved much more successful.[11] While they did not change the result, taking to the streets reenergized Morena’s followers, which served as a warning to the PRI. AMLO has expanded his base of support to include even moderate voters. These moderates would also have valid reason to join the protests if their candidate loses. Given this history — and the fact that this election seems like AMLO’s final chance to call Los Pinos his home — a Morena defeat would likely lead to even more dramatic protests and widespread unrest.

In fairness, these scenarios of mass turmoil appear overly dramatic and unlikely to take place. AMLO holds an apparently commanding lead in most polls and appears poised to finally win the presidency. However, given the threat he poses to the PRI’s political establishment, some last-minute high jinks certainly seem plausible. Some analysts suggest that the PRI’s own candidate might throw his support behind the current second-place PAN nominee, Ricardo Anaya. [12] Such a scenario — in which the establishment parties collude to stop AMLO — would fuel his populist narrative and enrage his passionate base of supporters. If they come up short yet again after victory seemed so close, the Morena voters would certainly take to the streets. Mexican business interests have feared the changes that an AMLO victory would bring.[13] Nonetheless, considering the protests that would likely ensue if he lost, his defeat could become equally destabilizing to the Mexican political scene. If the political establishment does fraudulently collude to prevent an AMLO victory, they could face a new set of unintended consequences.

Image: Mexican flag outside of the Presidential Palace in Monterrey, NL

[9] Lakhani, Nina. “Mexico State Election Heads to Court Amid Alleged Intimidation and Vote-Buying.” The Guardian. June 5, 2017. Accessed May 13, 2018 at https://www.theguardian.com/world/2017/jun/05/mexico-state-election-court-alfredo-del-mazo-maza-delfina-gomez.

[10] Lakhani, Nina. “Mexico State Election Heads to Court Amid Alleged Intimidation and Vote-Buying.” The Guardian. June 5, 2017. Accessed May 13, 2018 at https://www.theguardian.com/world/2017/jun/05/mexico-state-election-court-alfredo-del-mazo-maza-delfina-gomez.