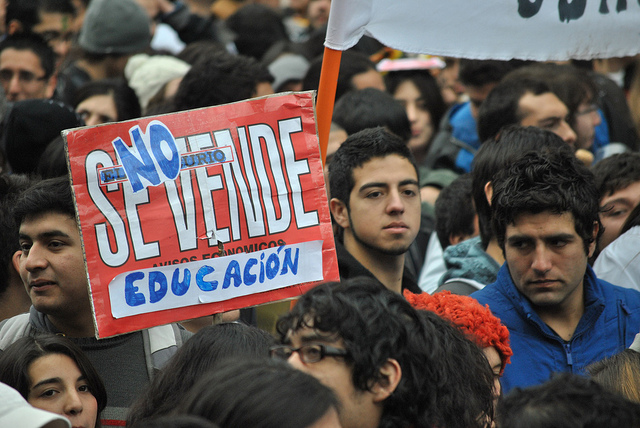 Your August 27 article, “Volunteers Keep Watch On Protests” portrays human rights volunteers as essential components to the Chilean student protests. However, the article focuses too much on volunteer efforts rather than the larger narrative of the student demonstrations. Although the volunteers have helped expose police brutality, it is critical that the media focus on some of the larger problems within the Chilean education system.

Students are demanding a secondary education system that is affordable to poorer families and universities that do not leave graduates undereducated and overwhelmed with burdensome debt. University tuition in Chile is among the highest in the world relative to GDP per capita,and although the protests have continued for over a year, President Sebastian Piñera has tenaciously resisted reform.[1]

Although it is common to attract public interest with depictions of violence and corruption, issues such as the excessive educational costs for Chileans should not be dismissed in the media’s coverage of the event. It is clear that the Chilean government has failed to reform its public education system, thus needlessly prolonging the protests and endangering its citizens.

In response to the New York Times, http://www.nytimes.com/2012/08/27/world/americas/helmeted-volunteers-monitor-student-protests-in-chile.html?_r=1&pagewanted=all