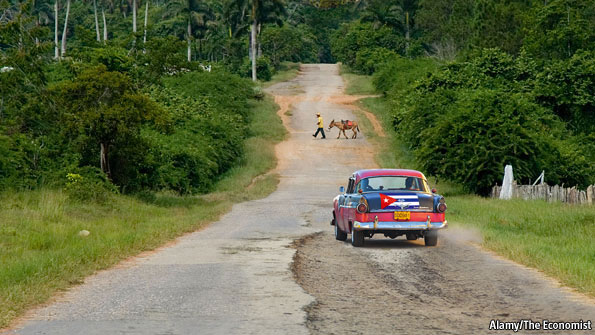 As you rightly point out in your March 24th article “On the road towards capitalism,” the United States’ policy toward Cuba is both embarrassingly unproductive, and an arrogant politicization. It stands in stark opposition to the pragmatism of U.S. diplomatic efforts elsewhere, and is untenable in light of Washington’s ongoing engagement with other communist states like China and Vietnam. Your article stops short, however, of making several points I believe bear mentioning.

First, the beleaguered, aging Cuba of today is hardly the newly minted communist Cuba of 1962. In September 2010, Fidel Castro himself admitted as much in an interview with Atlantic correspondent Jeffrey Goldberg, stating “the Cuban model doesn’t even work for us anymore,” an utterly unambiguous assertion Castro nevertheless claimed was misinterpreted after its publication. Yet the 18 months since have been a pointed departure from the Cuba of the past, having been marked by increasing efforts to privatize Cuban industry, as well as the release of the remaining dissidents incarcerated in the 2003 Black Spring crackdown. The release of these dissidents is particularly noteworthy, as it was the result of unrelenting international pressure. And while Cuba has certainly seemed unafraid to stand alone in the past, too often it has done so not of its own accord, but at the behest of other nations intent on willfully isolating it.

International pressure like that levied by the pope in his most recent visit, in tandem with the incentive unrestricted trade with the world’s largest economy represents, is the key to an open Cuba. The Castros’ exercise in autocracy is nearing the end of its lifespan, and only by removing the moribund regime from its fruitless quarantine can Washington hope to finally accomplish what its embargo has for so long failed to do.

Alexander Frye
Research Associate at the Council on Hemispheric Affairs