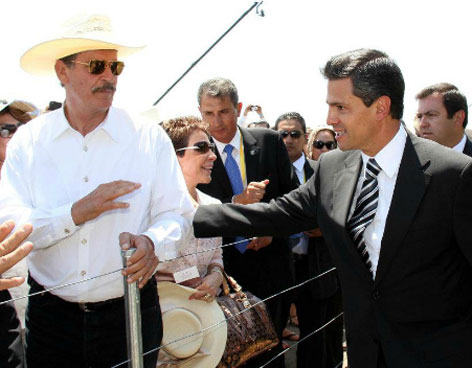 Your article, “Mexico Ex-President: Unite for Old Ruling Party,” portrays an interesting turn of events leading up to the country’s presidential elections next month. However, it focuses inopportunely on the menial issue of inter-party bickering rather than on the key issue at stake in this election: the legitimacy of Mexico’s democratic system itself.

The article discusses the political reaction to former President Vicente Fox’s proposal that Mexico unite behind the likely frontrunner in next month’s election, the Institutional Revolutionary Party’s Enrique Peña Nieto, rather than his own National Action Party’s candidate, Josefina Vázquez Mota. Undoubtedly, Fox makes a risky political move by quasi-endorsing his party’s rival candidate, but the author misses the important implications of what Fox is asking of Mexicans both inside and outside his party.

Fox is likely suggesting that uniting around the winner of this election is necessary to restore faith in Mexico’s political institutions. This faith has been diminished by the administration of President Felipe Calderón, who took office after winning only 36 percent of the vote and escalated the war on drug cartels, resulting in the deaths of more than 50,000 people since 2006.

Regardless of whether Fox gives Nieto an actual endorsement, Fox has already begun to move beyond partisan protocol and shift the focus of this election to a more long-term perspective.