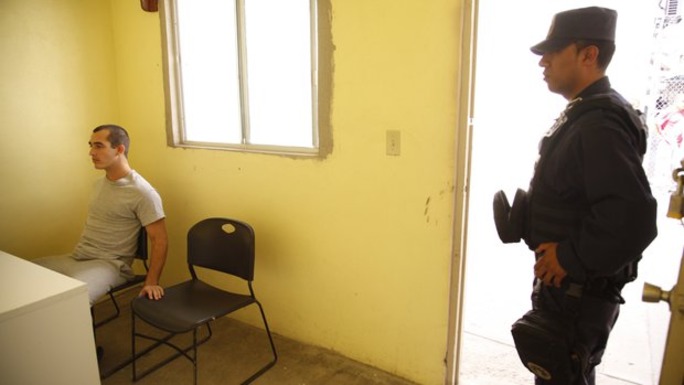 Please allow me to submit the following letter in response to the May 4 article and ongoing story, “Marine veteran says he missed exit, hit Mexico.”

The story of decorated United States Marine Andrew Tahmooressi, jailed in Mexico on weapons charges, has been portrayed as a simple misunderstanding – Tahmooressi took a wrong turn and ended up in Mexico with a .45 caliber pistol, 12-gauge shotgun, and AR-15 assault rifle in his truck. His arrest has provoked widespread demands for the Mexican government to release him, with Congressman Duncan Hunter going so far as to call for a cessation of US military aid to Mexico. Yet missing from the conversation has been a discussion of the seriousness of US to Mexico weapons trafficking, with some estimates placing the number of southbound weapons at over 250,000 annually. Mexico has very strict gun laws, and for good reason, as gun violence in the country has been rampant. Being a US Marine does not place Tahmooressi above the law, and to ask the Mexican government to release him on good faith that he made a simple mistake is not only an insult to Mexico, but also a promotion of the impunity allowing for traffickers to move guns into Mexico with ease.

Michael Lohmuller, Research Associate at the Council on Hemispheric Affairs