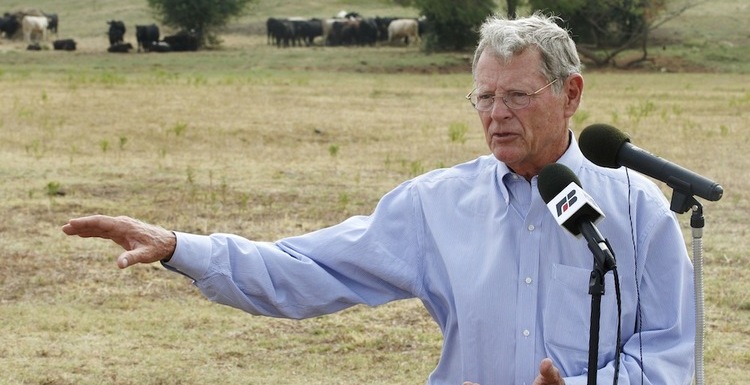 As an Oklahoma student who focuses on Latin American issues and as a Christian, I am appalled by Senator Inhofe statements in “Undocumented Minors Here at Obama’s ‘Invitation,’” published July 26. By using a humanitarian crisis to attack President Obama, Inhofe prioritizes his own political career above the lives of thousands of children. Instead of slinging mud at one another, our representatives need to work to create a comprehensive solution to the immigration crisis, while considering the young lives their decisions will affect.

Inhofe refers to “Obama’s DACA” as the primary reason for the flood of children coming to the United States. However, there is overwhelming evidence that DACA, a 2012 executive memorandum that gives more rights to undocumented child immigrants who arrived in the United States as children prior to 2007, is not a driving force. First, in a survey of 400 child migrants, only one stated that they migrated because of DACA. Additionally, the migration surge began in the fall of 2011, while DACA did not go into effect until June 2012. Inhofe also states that, by refusing to immediately deport immigrant children, President Obama is not enforcing current immigration laws. In reality, Obama is abiding by a 2008 policy created by the Bush administration, which states that children from non-border countries are entitled to a hearing and counsel before being deported. The Obama Administration is also spending more on border security than ever before.

Inhofe’s parochial statements ignore the real factors that drive children away from their home countries in the Northern Triangle (El Salvador, Guatemala, and Honduras). This region is one of the most violent in the world due to drug and gang-related violence. Daily violence is the main factor that causes children to leave their homes. In fact, 60 percent of Salvadoran children cite crime, gang threats, or violence as a reason for their emigration. Consider this statement made by a 14-year-old Salvadorian girl to a U.N. refugee agency following her immigration to the United States: “There are problems in my country. The biggest problem is the gangs. They go into the school and take girls out and kill them. […] I used to see reports on the TV every day about girls being buried in their uniforms with their backpacks and notebooks. I had to go very far to go to school, and I had to walk by myself. There was nowhere else I could go where it would be safer.”

I do not wholly support President Obama. In fact, I remain highly critical of the Obama administration’s lack of engagement with Latin America. However, regardless of where you fall on the political spectrum, I urge you to view the recent influx of children for what it really is—a refugee crisis. In order to work towards a solution, we need to set aside our pride and our politics and face the facts. The United States needs to work with the Northern Triangle countries to address the root cause of violence. Yet it will be impossible to find tangible solutions when politicians are more interested in using the plight of others for their own political advancement.