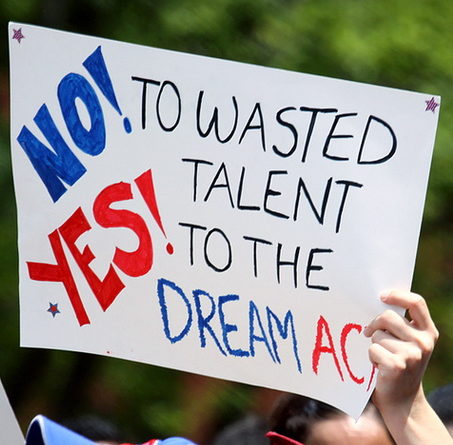 Your June 13 article, “GOP Immigration Hawk Rebuffs Rubio and Rivera DREAM Act Proposals,” claims that the DREAM Act could encourage a sharp spike in the inflow of illegal immigrants. However, to be considered for the Act’s benefits, the individual must 1) have come to the United States before the age of 16; 2) have received their high school diploma or its equivalent from an American institution; 3) have lived in the United States for a minimum of five years; 4) be a person of good moral character, as defined by the U.S. Department of Homeland Security; and 5) be under the age of 35. By suggesting that illegal aliens will take advantage of the Act, you misrepresent its essence.

President Obama correctly emphasizes that those most affected by the DREAM Act are, in more ways than one, Americans. They sing the national anthem, attend our schools, and risk their lives in the armed forces. Most are brought to this country at a young age, of no volition of their own. In Obama’s words, “These are kids who grew up in this country, love this country, and know no other place as home. The idea that we would punish them is cruel and it makes no sense.”

This act protects families and upholds the fundamental rights outlined in our Constitution. Furthermore, U.S. taxpayers have provided these migrant children with education and training that will in the future benefit our society, our culture, and our economy. It would be foolish to disregard the investment we have already made in these individuals.