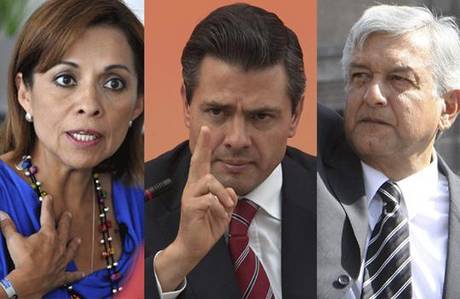 Despite what the title suggests, your article “Drug War Key Issue in Mexico Elections” does little to explore the drug war’s impact on the upcoming Mexican elections, and instead focuses on the effect the election will have on U.S. border states as well as on the numerous Mexicans living abroad who see voting as little better than a waste of time.

Your article lacks crucial information regarding the presidential candidates’ views on the drug war. Institutional Revolutionary Party (PRI) candidate Enrique Peña Nieto has said that he does not want to continue using the military to fight the cartels. Democratic Revolutionary Party (PRD) candidate Andrés Manuel López Obrador would withdraw Mexican army troops from cities where troops are combating cartels and concentrate instead on ridding the government of corruption. National Action Party (PAN) candidate Josefina Vázquez Mota favors a continued military presence until the national police force is able to replace it.

Rather than focus on Mexicans abroad, information on where Mexico’s candidates stand on drug-related violence would help the article fulfill the promise of its title. The upcoming Mexican presidential elections are of the utmost importance, capable of bringing about change in hemispheric drug policy or leaving it in its current, languished state.