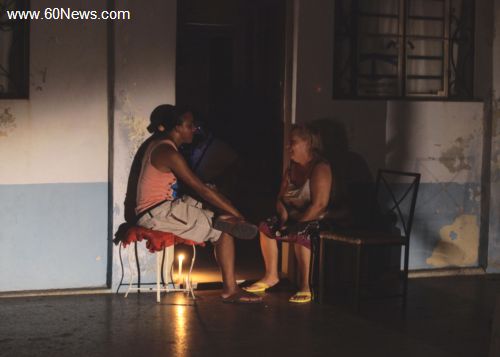 Your September 12 article, “Cuba outages point to infrastructure flaws,” accurately discusses how widespread and systematic power outages highlight the challenges that the Island faces in updating its current economic industrial infrastructure. However, given the outdated nature of the Island’s energy capacity, the assessment of its productive abilities must take into account the burden that the Cuban government has faced as it tries to battle its way out from under its own bureaucratic shortcomings as well as restrictive Washington policies. You focus heavily on the Cuban government’s failures and only briefly gloss over the U.S. embargo, arguably the main cause of Cuba’s antiquated infrastructure.

Too often Cuba’s government is dismissed as ignorant to the importance of technological advances and incapable of participating in the globalized 21st century. Indeed, your article’s rhetoric continues this misguided notion, both in reference to the “neglect and poor maintenance of power generation and distribution,” and explanation of the outages as a result of Cuban “mismanagement and depleted expertise.”[1]

Granted, you find that a majority of the energy infrastructure was purchased before the U.S. embargo began a half century ago, and you recognize that due to prolonged [U.S.] sanctions, Cuba does not have the necessary replacement parts in place to prevent outages [2]. However, the profound impact of these sanctions on Cuba is discussed only as a matter of an opinion coming from Cuban authorities rather than factual claims––hardly the ideal way to discuss a nearly insurmountable challenge for a developing nation.

Electric energy consumption in Cuba rose from 13.93 billion kilowatt hours in 2011 to 14.2 kilowatt hour in 2012 [3]. This rise in consumption may be due in part to an increasing number of Cubans who have started businesses as a result of President Raúl Castro gradually having opened up the Island to allow for the development of an increasing amount of private enterprise. Without the ability to acquire new facilities, as well as the necessary parts to modernize its energy infrastructure, Cuba will continue to face serious problems as more of its citizens make the decision to enter the private sector.

The Cuban government is striving for economic growth despite being forced to compete on an uneven playing field rife with sanctions from an uncooperative neighbor. For all these reasons, greater recognition of the detrimental and counter-productive effects of the U.S. embargo to Cuban development would provide a more accurate analysis of the country’s infrastructure challenges and shortcomings.

In response to: UPI “Cuba Outages Point To Infrastructure Flaws”