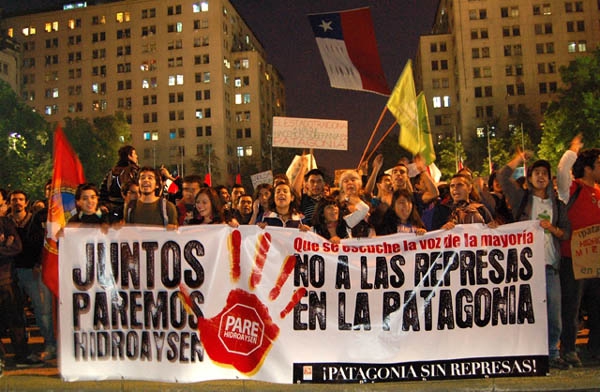 Your July 18 article, “Chile’s Efforts to Boost Power Supplies Hit Another Snag,” makes several egregious misrepresentations in its evaluation of the disputes surrounding Chile’s proposed HidroAysén project. It fails to consider the reasonable concerns of HidroAysen’s and conceals the fact that the majority of Chileans actually oppose the project. Even though Chile, as you mention, must develop its energy supply to accommodate its population and meet the demands of the energy-hungry mining sector, HidroAysén presents more problems than its proponents claim that it will ever remedy. Not only will the project cause irreparable damage to one of the world’s most unique environments hosting a myriad of endemic, endangered species, but it will also displace inhabitants of the region, whose lifestyles are intrinsically linked to the land. Additionally, given Chile’s unique geography, the nation would be better served in the long run if it developed its renewable energy potential in the north, the area with the highest demand.

Moreover, the process of approving the dams and transmission line has been fraught with corruption and a lack of transparency from both the companies involved and the Piñera government. The Environmental Impact Assessment (EIA) process for HidroAsyén, which began in 2008, hardly reflects the actual impacts of the proposed project, as many in Chile have come to realize. Officials who carried out the EIA reported that their supervisors removed important information from their evaluations. This assessment considered the dams and transmission line as separate entities rather than as a whole project and failed to consider other integral aspects, such as the building of roads, ports, and landfills. Therefore, the EIA gave a grossly incomplete representation of full range of environmental effects on the region’s delicate ecosystem.[i] Further, though the companies involved did not own the appropriate water rights to build said dams, the Sabastin Piñera government still allowed the EIA process to proceed. And, when regional authorities refused to transfer the rights, Piñera’s director of the National Water Agency gave the companies the water rights upon entering office in 2010.[ii]

These are just a few of the critical issues that your article fails to consider and ought to redress, especially if your organization claims to seriously and fully analyze all aspects of business and investment around the world.

Sincerely,
Sarah Slater
Research Associate at the Council on Hemispheric Affairs
This analysis was supported by the Clough Center for Constitutional Democracy, Boston College.

[i] Alex Latta and Kari Williams, “Chilean Patagonia in the Balance: Dams, Mines, and the Canadian Connection,” The Council of Canadians Acting for Social Justice (2012), 15.