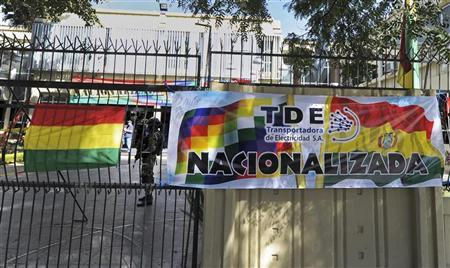 Ricardo Farell’s May 20th article, “Bolivia: Nationalization Under the Microscope,” discusses the Andean country’s recent nationalization of the previously Spanish-owned Transportadora de Electricidad (TDE), and elaborates extensively on the takeover’s potential long-term consequences. Your article, however, makes no mention of the nationalization’s underlying social context, which may have significant implications for the development of more resolute policy initiatives.

Bolivia, with its prominent leftist government run by indigenous president Evo Morales, passed the so-called “Law of Mother Earth” in 2011. The measure seeks to develop a new socioeconomic model in an attempt to halt the adverse effects of climate change and the exploitation of natural resources. Further, the law mandates a fundamental ecological reorientation of Bolivia’s economy, requiring all existing and future laws to adapt to the Mother Earth law and accept its environmental limits. The country has developed these policies through a normative, multilateral notion which incorporates the indigenous conceptions of living within nature, known as vivir bien. These environmental movements have stemmed from the increasingly grave threat climate change has posed to the Bolivian nation, its citizens, and the natural habitat. For example, according to a 2008 World Bank Report, the melting of Andean glaciers will negatively affect the livelihoods of some 100 million people in the region within the next twenty years.

With the nationalization of TDE and the inauguration of a $100 million USD operating plant, it appears that Bolivia is seeking the creation of a national model to stand in stark contrast from the standard democratic and developmental models deployed in most of the Western world. While not particularly favored by Western nations at large, whether or not the nationalization and its surrounding movements will help Bolivia develop economically remains to be seen.