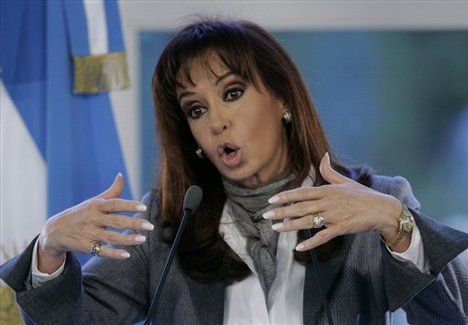 Your June 4 article, “A Argentina importa cada vez menos do Brasil (e um touch da família Musaceae),” regarding Argentine President Cristina Fernández de Kirchner’s protectionist policies against Brazilian imports, accurately depicts the threat this poses to the functioning of Mercosur. But the article misses an opportunity to present a broader view of Argentine-Brazilian relations, wherein Argentina’s actions not only undermine the countries’ economic interdependence, but also work against its own interests.

Brazil has the regional predominance to impose coercive measures upon its neighbors. As your article mentions, it is already discussing implementing these measures. What is more, Brazil’s current economic downturn, from 7.5 percent GDP growth in 2010 to an expected 2.7 percent GDP growth in 2012, provides additional impetus for the country to retaliate with sanctions against Argentina.

The banana aspect of your story shows the need for Argentina to strengthen its economic independence in the face of Brazil’s immense economic expansion. Even though Brazil benefits from a trade surplus with Argentina, Argentina’s recent protectionist measures will end up harming both countries. Cutting off trade would prevent Northern Argentina from developing its banana economy, and would negatively affect the other industries that depend on regional trade.

This measure of protectionism is concordant with Kirchner’s “populist” second mandate, which promotes protectionism in other areas as well. Spanish disputes over YPF nationalization, and conflicts with the United Kingdom over the Falkland Islands, provide context to this analysis. Kirchner’s unilateral approach to international relations will, in one way or another, work profoundly to the country’s detriment.