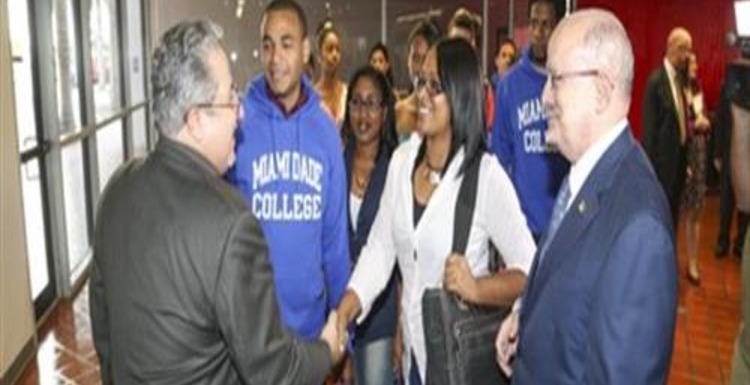 As the Miami Herald reported in “15 Cuban students will start at Miami Dade College,” (January 13) more than 500,000 students from about 200 countries enroll each year in U.S. colleges and universities. What the article does not delve into, however, is neither the significance that the Cuban educational scholarship program represents in the grand scheme of breaking down the one-sided exchange that currently characterizes U.S.-Cuban educational exchanges. Additionally it also does not address the necessity for other American universities to emulate Miami Dade College.

According to a 2011 report by UNESCO, some 31,000 foreign students study annually in Cuba. This statistic dwarfs in comparison to the 1,604 Cuban nationals that left their country for educational opportunities in 2009. The 15 Cuban students attending Miami Dade College signify a landmark achievement for increasing person-to-person interactions between Cuban and U.S. citizens. The exchange offers an invaluable opportunity for participants to gain an insight as well as an understanding of their counterpart’s nation. Perhaps more importantly, the educational exchange allows U.S. citizens to establish communications with their Cuban counterparts, exemplifying cultural diplomacy. The 15 Cuban students range from the ages of 18 to 37, enlisting a significantly younger generation that may be more open and inclined to share Washington’s democratic ideals to their fellow Cubans upon their arrival back home.

Naturally, there will be some risks that could arise from an influx of Cuban students entering the United States, but the benefits would far outweigh these risks. If nothing is done, when diplomatic relations finally improve, the United States risks being completely in the dark when it comes to initiating a constructive dialogue with young Cubans who could potentially be their island’s future leaders.

In response to Miami Herald: 15 Cuban students will start at Miami Dade College.