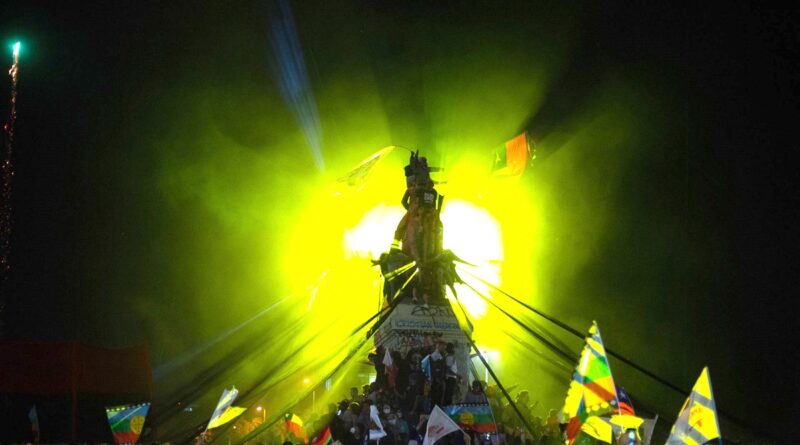 A wave of Indigenous peoples supporting the Luis Arce-David Choquehuanca presidential ticket defeated the main right-wing candidate, Carlos Mesa by 20 points, restoring democracy to Bolivia, and despite the fact that the right-wing forces were backed by the U.S. and the Organization of American States (OAS). Just days later around 80% of Chilean voters decided by referendum to re-found their nation with a new constitution. These momentous events represent twin victories for Latin American independence, the rejection of radical neoliberalism, a desire for socio-economic reform, and the insistence on self-determination from the bottom-up. 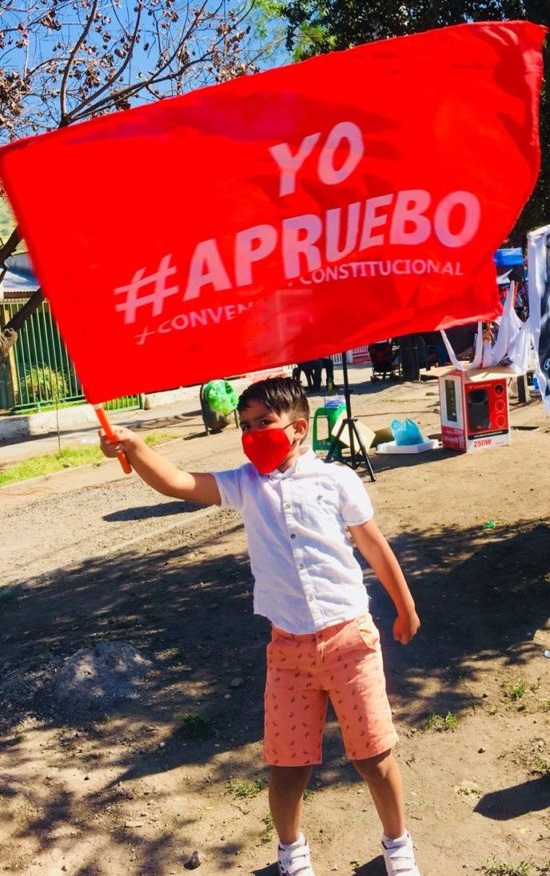 In the Chilean case, historical markers are all over the place. In Bolivia, a democratic election restored the political protagonism of Indigenous leaders after a coup that sought to reverse the gains of “the process of change.” This was an historic event. The plebiscite’s result in Chile means that, for the first time in the country’s history, a constitution will be drafted by representatives elected directly by popular vote. Those 155 constitutional delegates to be elected by April 2021 aim to represent the broad diversity of grassroots organizations, political views, sectoral rights and the legitimate interests of groups beyond the traditional elites. On Sunday October 25 hundreds of thousands of Chileans from all sides of the political spectrum gathered in Santiago Downtown around the now called “Plaza de la Dignidad” (Dignity Square) to celebrate peacefully, for the entire night, with music, dancing, and chants of hope. With almost 7.6 million voters, it is the biggest turnout since the restoration of democracy in 1989.

The Bolivarian origin of a new Chilean hope

The story of this process is stunning. Whether social democrats and conservatives in Chile like it or not, the seed of Sunday’s resounding electoral outcome was planted way back in 1999, in Venezuela. Then little-known progressive leader, Hugo Chávez, who ran on a platform for a “An Alternative Bolivarian Agenda” was elected president of Venezuela, breaking through the political wall created by 40 years of the Punto Fijo agreement that alternated power between two political parties, which excluded popular movements and the advancement of social rights. At that time, this new leader, who also won by a landslide, was calling for an “Asamblea Constituyente” (Constituent Assembly). Just a couple of years ago, that small and timid phrase took hold among small groups of supporters of the Bolivarian Revolution in Chile.

Gradually the idea of hammering out a new constitution gained currency among the thousands participating in spontaneous street protests. Demonstrators were subjected to brutal police repression that, among thousands of human rights violations, blinded hundreds of protesters, with eyes destroyed by rubber bullets.

Decades of acute deterioration of living conditions in the so-called “neoliberal miracle of Latin America” shattered the establishment narrative and started the process that came to fruition this historic October 25.

Because the Bolivarian-Chavista origin of this movement to rewrite the constitution did not sit well with the conservative political establishment, they modified the phrase “Constituent Assembly” in the final version of the ballot to “Constitutional Convention.” It does not matter. Chile, one of the last bastions of radical neoliberalism, finally responded to that desire for far-reaching reforms that led the peoples of Ecuador (2007), Bolivia (2006), and Venezuela (1999) to rewrite their charters.

The end of neoliberal economics

The most important symbolic and concrete effect of Sunday’s popular decision is that radical neoliberalism started and ended in Chile, exactly 40 years after the 1980 Constitution was forged under a dictatorship that imposed a military curfew and widespread repression. The ultra-nationalist Pinochet chose, ironically, a foreign ideology to frame his reign of terror. The Chicago Boys, recruited by conservative religious leaders who lent ideological support to the dictatorship, were welcomed to Santiago.

Milton Friedman’s theories were then applied in Chile, in an uncontrolled social experiment imposed through military rule: tens of thousands of Chileans were tortured, disappeared, thrown into the Pacific Ocean with their abdomens open, exiled, and expelled from government posts. In this bloody context, the Chicago Boys’ neoliberal ideology was infused into the Constitution, which privatized fundamental aspects of the lives of Chileans. This Constitution imbued principles of profit and capital investment in such key and sensitive sectors as education, healthcare, pensions, labor regulations, and other socially vital areas of the economy. The contract between the state and the citizenry was completely privatized.

The social experiment continued to dramatically impact the lives of Chileans well after the Pinochet dictatorship ended, primarily because of the long shadow of the 1980 Constitution. Its rigid mechanism for amendments and the electoral trap created by right wing lawyers and conservative constitutionalists required super majorities to extricate the country from the system created by the Chicago Boys and Pinochet. That is why even so-called “socialist administrations” (Lagos and two Bachelet terms) were incapable of instituting meaningful reform.

Last Sunday’s vote and the massive street protests that have engulfed the country for several years (students had led a wave of broad mobilizations prior to 2019) finally broke the nation free from these political fetters.

The rejection of 40 years of cruel neoliberalism in Chile is no surprise. The country’s seemingly healthy macroeconomic performance does not obscure the reality of what the population endured in Chile during the dictatorship and to this day. Today, half the population survives on less than $500 a month. About 70% makes less than $700. As COHA reported a few months ago:

Approximately half of the 9 million Chilean workers[1] are in debt.[2] A June 2017 study showed that 31% of those in debt have a financial burden greater than 40% of their income, and 22% of debtors have a financial burden greater than 50%. Also, 43% of debtors have monthly income less than 500,000 pesos, equivalent to a little less than $700 according to present exchange rates.[3] It is simply impossible to make ends meet with peace of mind.

Today’s levels of inequality are simply hard to believe. Chile is now one of the most dramatic examples of social and economic inequality on the planet:

Everything leads toinequality. According to a 2019 ECLAC report, the richest 1% of Chileans hold 26% of the nation’s wealth.[4] And Chile ranks seventh among the most unequal countries on the planet, as reported by the World Bank in 2018.[5]

Now the challenge for progressive social movements in Chile is to make sure the new Constitutional Convention is not co-opted by the conservative wealthy politicians and their corporate benefactors. Their candidates will fill the TV airwaves and newspapers ads. The assembly of representatives, who will re-found the country by writing a new constitution, must live up to the expectations of so many generations of Chileans who have sought to create a country that protects and takes care of all its inhabitants, instead of just the privileged few.

The results of last Sunday’s vote will undoubtedly disappoint the pro-market forces in the Americas. The  neoliberal ”Chilean success story” did not turn out the way they had planned. It will take years for the country and its population to recover from the Chicago Boys’ experiment, imported from that faraway land, the U.S., policies that even the most ardent capitalist nation did not dare to apply at home.

We hope that Chile will soon cease to be known as one of the most unequal nations and come to be recognized as a land of fairness, equal opportunities, and also equal rights. Maybe the dream of President Salvador Allende, shared through a dramatic radio signal from the Moneda Palace as it was consumed by the flames of the Air Force bombers that fateful September 11th of 1973, will finally come true 40 years after his sacrifice:

“They have the power, they will be able to dominate us, but social processes can’t be stopped neither by crime nor force (…) I have faith in Chile and its destiny (…) Much sooner than later, great avenues will again open, through which will pass the free man, to construct a better society.”

This last Sunday October 25, 2020, part of that dream became a hopeful reality.

Patricio Zamorano is a political analyst, academic and Co-Director of COHA

A historic day in pictures 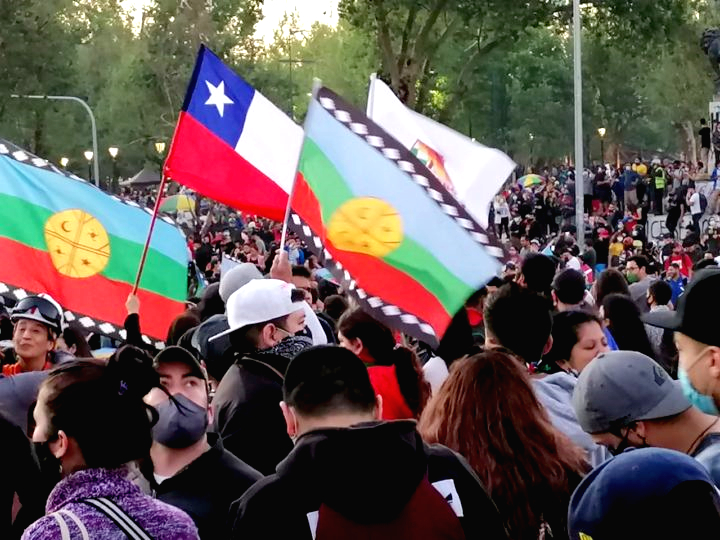 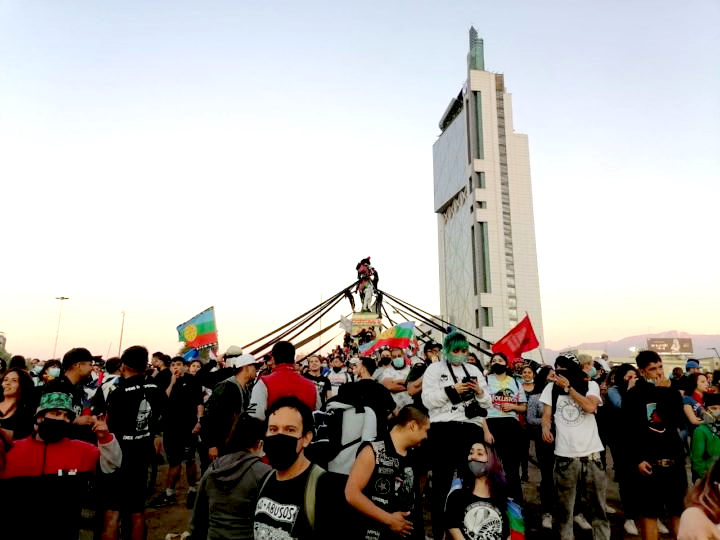 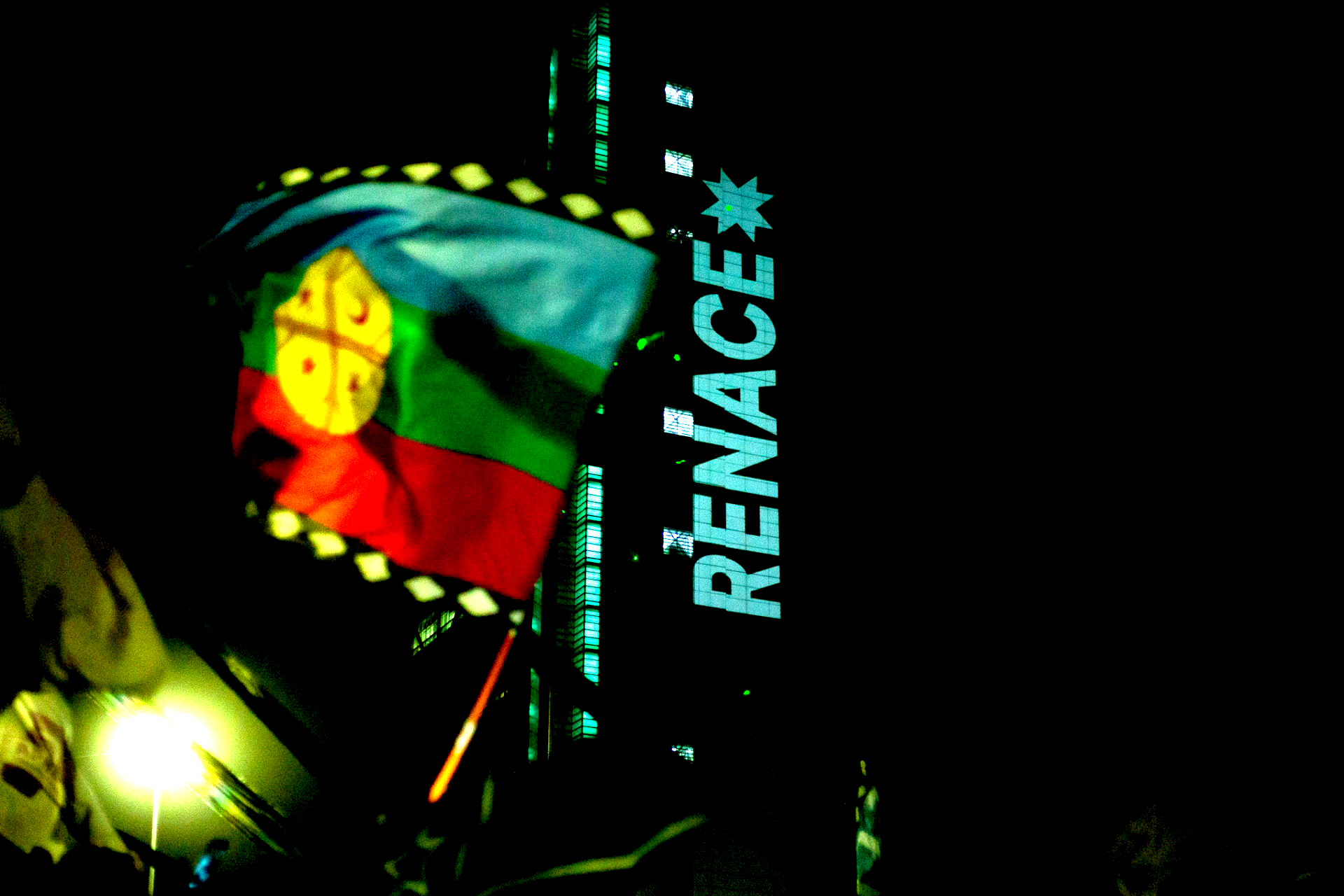 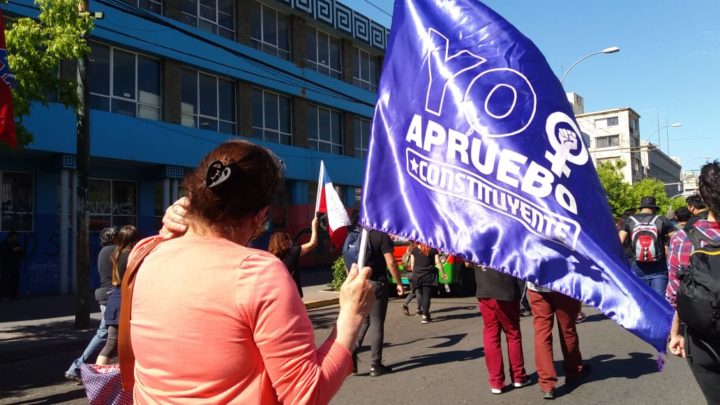