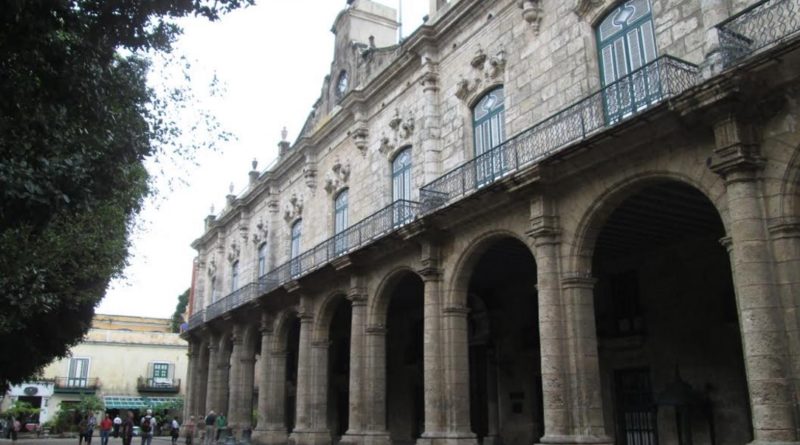 Ever since December 2014 when U.S. President Barak Obama and Cuban President Raúl Castro simultaneously announced an agreement to reestablish diplomatic relations between the two states, Obama has carefully negotiated a very narrow political channel. On one side is the inevitable failure of the U.S. embargo first imposed in 1960 in the aftermath of Fidel Castro’s nationalization without compensation of U.S. oil refineries. The goal of the embargo was to squeeze Cuba economically to such an extent that the communist government would either collapse or agree to serious reforms demanded by the United States. For more than fifty years, neither occurred and the communist regime has continued in Cuba without serious opposition, both under Fidel and then Raúl Castro. Previous U.S. presidents have continued the embargo due to internal political coalitions of Cuban Americans and Republicans, later ratcheting up the squeeze by identifying Cuba as a state sponsor of terrorism.

President Obama has tried to undo as much of the embargo as is constitutionally possible.  The State Department no longer identifies Cuba as a state sponsor of terrorism. The two countries are negotiating issues of property taken by Cuba’s government and Cuba’s demand for the return of Guantanamo. Little headway has been made. But the very act of negotiating these issues has weakened the justification for the embargo. U.S. businesses and banks now have some opportunities to engage in business with Cubans and the Cuban government, airlines are going to provide direct flights between Cuba and the United States, and U.S. residents are now allowed to travel individually to Cuba as long as their visits fall within the guidelines of the embargo.

Weakening and ultimately ending the embargo will bring U.S. policy regarding Cuba in line with that of almost every other country on earth, and enhance the status of the United States among many European and Latin American countries, many of whom regard the embargo as a Cold War relic out of date and counterproductive. In addition, the U.S. Chamber of Commerce and farm groups have pushed for an end to the embargo. Many mainline Protestant denominations have close ties with religious groups in Cuba and have also called for an end of the embargo. A 2015 Gallup poll found that 59 percent of the American people favor ending the embargo.[1] President Obama’s policies have attempted to satisfy these demands from a growing segment of the U.S. population.

On the other side of the issue there are still strong demands that any changes regarding U.S. policy toward Cuba, especially an end of the embargo, occur only after the Cuban government relaxes its ban on opposition groups and takes steps to end its almost total control of the economy. This position is best articulated by older Miami Cubans and many Republican politicians. Florida senator and former presidential candidate Marco Rubio was very strident in defending the embargo as a way to force change on the communist government of Cuba. “There should be no question that the U.S. will not end the trade embargo until the Castro regime releases its political prisoners and holds free and fair elections,” Rubio affirmed in a 2013 interview.[2] In December of 2014 then-House Speaker John Boehner of Ohio said, “Relations with the Castro regime should not be revisited, let alone normalized, until the Cuban people enjoy freedom – and not one second sooner.”[3]

If President Obama does not push for reform in Cuba he will be accused of giving up too much and getting little in return. Just before the president’s March 20 trip to Cuba the Obama administration announced that Secretary of State John Kerry would not be traveling ahead of the president to Cuba because there are on-going negotiations regarding human rights issues. Obama was expected to speak to dissidents while in Cuba and publicly reference the need for Cuba’s political system to become more open in his speech Cuban television.  This does not satisfy critics who maintain that the recent improvement of relations has strengthened the Cuban government while producing few changes. Dissidents continue to be arrested, although now are more likely to be set free than jailed. In January 2016 Amnesty International’s Marselha Goncalves Margerin, said, “The reforms that have to be made in terms of restrictions of liberty must come from the Cuban government, not from the government of the United States.”[4]

President Obama wants his legacy to reflect a dramatic change in relations between the United States and Cuba. He will leave office in less than a year, so this trip to Cuba is his last chance to solidify the changes already accomplished and push for more reform, especially from the Cuban government regarding human rights. He knows the embargo has failed to accomplish its goals and believes engagement and dialog will bring about lasting change. The Cuban government has welcomed U.S. overtures, while pushing back on Guantanamo and rejecting what it says are internal affairs. “In the same way that we have never demanded that the United States change its political system, we will demand respect for ours,” Raúl Castro said in December 2014 at the beginning of this process. If Obama does not achieve substantial improvement in treatment of dissidents or some dramatic change in the policies of the Cuban government regarding civil society, he will fulfill the predictions of his political opposition about being a weak negotiator and his legacy regarding Cuba will come to nothing. If he can produce some significant change and claim that his policy has supplanted that of the embargo, it will be harder for Republicans in Congress to continue their opposition to ending the embargo. Much rests on the outcome of this trip to Cuba, for Raúl Castro, for Cubans, for Americans and for Barack Obama.