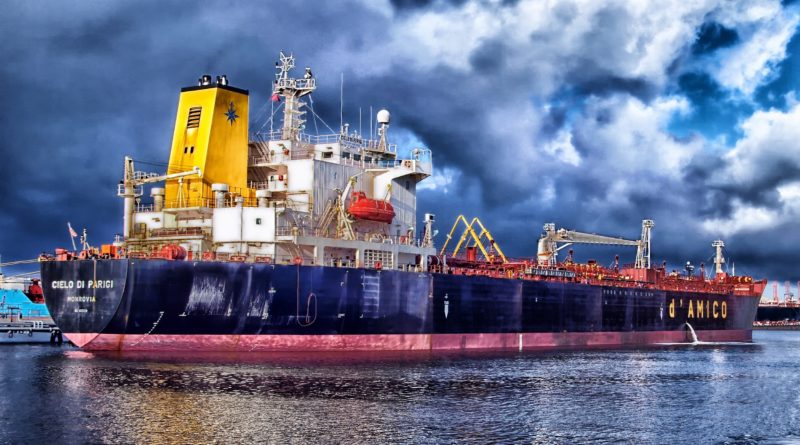 This article provides a general outlook on the current state and perspectives of the triangular relation between China, Latin America (LAC) and the United States (US), regarding a series of geopolitical and economic implications for LAC. In recent years, there has been a clear retreat of the U.S. from the LAC in terms of political and economic influence. This has triggered an academic debate about the possible consolidation of a new “triangle” in LAC, presumably dominated by China, the emerging superpower of the 21st century. The big question now is: Would this lead in short order to a new phase of mutually beneficial cooperation or, in contrast, to increasing tension between China and the U.S. in LAC?

China into the former “U.S. backyard”

LAC used to be considered the “backyard” of the United States as a result of the Monroe Doctrine, a U.S. foreign policy principle introduced in 1823 meant to protect the independence of all of the countries from the Americas and secure a relatively benign sphere of influence of the U.S. in the region. Within this framework, any European interference in domestic politics of the region would have been considered an act of aggression against the U.S.[i]

After the 2001 terrorist attacks, the United States’ interest in LAC started to decrease significantly. The successive U.S. administrations during the last 15 years shifted their military and economic focus to the Middle East and other regions of the world that became more strategically vital for U.S. national interests to be served. U.S. diplomatic attention, including its investment flows in LAC, have notably diminished; at the same time, China has increased its presence and attention.

As Evan Ellis, American military strategist and Latin American affairs expert, explains: “The rise of China as a global power, its potential role as a customer, investor, and loan provider, and the simultaneous economic stagnation and fiscal difficulties that the US finds itself in, has led many Latin American nations to view Washington as but one partner among many, and not necessarily the most attractive one.”[ii]

Kevin Gallagher, associate professor of international relations at Boston University, agrees with this opinion: “In the wake of the 9/11 attacks and after the global financial meltdown that originated in the United States, Washington turned to other shores. While the U.S. wasn’t paying attention, Latin America quickly became of the utmost importance for China”.[iii]

The Retreat of the U.S. from Latin America

For his part, Shoujun Cui, Chinese expert from the Center of Latin American Studies of Renmin University of China, considers that “at the outset of the twenty-first century, Latin America was refocused within China’s scope of interests following its ‘going out’ strategy at the time when the hegemonic dominance of the United States in LAC went into decline as U.S. foreign policy was dominated by the counterterrorist war primarily in the Middle East and, later on elsewhere, the country entered into a series of persistent financial crisis.”[iv]

China certainly took advantage of US neglect towards Western Hemisphere during George W. Bush and Barack Obama’s administrations. Latin America’s rich endowment of natural resources complemented China’s need to secure and diversify its energy and resources supply. In just a few years, China has become a central actor in the region’s foreign trade and investments flows. And this tendency is expected to deepen even more under Donald Trump’s term in office.

The failure of Washington Consensus policies must also be taken into account to explain the decline of the United States’ influence in LAC. The resulting crises paved the way for the wave of left-leaning governments with negative attitude towards the US that were elected in the region during the 2000s. “Left-leaning parties ascended to power in countries such as Brazil, Argentina, Bolivia, Nicaragua, El Salvador, Ecuador, Peru, Paraguay, Venezuela, and Uruguay; many were largely anti-American in their approach,” recounts Shaheli Das, Indian researcher from the Center for East Asian Studies at Jawaharlal Nehru University.[v]

In November 2013, U.S. Secretary of State John Kerry claimed that the Monroe Doctrine was officially over and that the U.S. was trying to find new cooperation patterns with LAC.[vi] Over this period of U.S. retreat from LAC, China has kept its characteristic caution in its interactions with the region, devoid of any ideological or political connotations.

Until 2008, when the first policy paper for LAC was released, China hadn’t exposed a unified strategy for LAC and had focused on promoting comprehensive and strategic economic partnerships or FTA, via bilateral agreements. Likewise, China notably increased its participation in multilateral regional organizations, promoting a cooperative and non-confrontational relation with the US in the political and economic arenas.

Scholars have long written about a triangular relation between China, LAC and the United States. This aspect has been largely debated, especially from the US side, where a “zero-sum” assessment on this issue prevails. Many consider that any progress of China in LAC will be at the expense of US interests and assets in the region.

The first to refer about the triangular relationship was Argentine political scientist Juan Gabriel Tokatlián. “It is probable that Latin America may have the best chance in decades to establish a positive triangular relationship with two major powers. A new linkage – interconnecting China, the United States, and Latin America – has a greater potential for success than its predecessors,” he projected in 2007.[vii] One year later, American researcher Barbara Stallins amplified the use of the concept.[viii] Since then, the term has been used in numerous relevant academic and journalistic works.

In one his several publications related to this topic, Kevin Gallagher affirms: “Any comprehensive strategy for inclusive and sustainable development for Latin America and its peoples will need to be constructive in terms of engagement with the two largest economies of the world, China and the United States. Latin America is increasingly strategic for China and will remain so for the United States.”[ix]

Regarding the new US stance in the region, Gallagher says that “now is a perfect time for the United States to hit the reset button on foreign economic policy in LAC-and for LAC to do the same toward the United States.”[x] He places financial cooperation as a field in which the US still has an important role to play in the region, nonetheless China’s increasing interest in that area. “While engaging with its newfound economic partner, LAC should not disengage with the United States,” he observes, considering trilateral cooperation not only possible but beneficial for all sides.[xi]

Looking to the future, Gallagher affirms that is up to Latin American countries to take advantage of this new scenario: “Unless there is a course correction in US policy, it looks like – for a little while at least – it will be up to Latin American governments themselves to carve out a more constructive relationship with a Chinese government that appears more than willing to fill the vacuum potentially left by the United States.”[xii]

Meanwhile, Evan Ellis provides a divergent viewpoint on this issue. He argues that the “triangle” concept is a simplification that brings difficulties and limitations for understanding the dynamics of China’s increasing engagement with LAC.[xiii] He points to three flaws: “The triangle masks other important actors that must be considered in the dynamic, it incorrectly encourages a view of LAC as a unitary actor and, at its core, the triangle is a subtly neocolonialist way of approaching LAC and its external relations.”[xiv]

With respect to the relation between China and the U.S. in LAC, Ellis considers that both superpowers have several realms to expand cooperation, like security and defense. But he warns: “If the global strategic competition between the United States and the PRC degenerates into a new geopolitical conflict, LAC will be one of the battlefields in which that competition plays out.”[xv]

“Cautious collaboration with the PRC may be the best option that the United States has to positively impact the rules of the game in which the PRC presence in LAC and the broader emerging global competition between the United States and the PRC play out,” recommends Ellis to  U.S. policy makers.[xvi]

For his part, Rosendo Fraga, Argentine historian and Director of the Center of Studies “Nueva Mayoría,” says that “China assumes that LAC is a region of the world where the U.S. influence will remain relevant, but in LAC it may even increase its presence, as it took place in Africa, where the Chinese influence today competes with the American and the European.”[xvii]

Cooperation between China and the US must prevail

To conclude, I maintain that China and the US have much more to win than to lose by collaborating in the region. As LAC seems to have lost strategic importance for the US, China’s increasing influence is definitely good news in order to fill that gap and provide, principally, the financial resources the region need to continue developing its poor infrastructure and services.

Furthermore, China’s mega-market offers Latin American countries a great opportunity to diversify and add value to their exports basket, today composed mainly of raw materials. The next step should be to enter Chinese supermarkets with finished products of high added value. Chile, for instance, could be considered a pioneer in this sense. Again, this should be good news for the United States, as the region would continue to increase its demand of cutting-edge technology and support from US financial institutions.

At the same time, a more developed and economically diversified LAC will be probably become a more politically stable, secure and attractive destination for foreign investment. That would be highly beneficial, not only for the US but for the entire world. Thus, “zero-sum” viewpoints are, to say the least, very weak and pessimistic arguments to analyze the dynamic of the “triangle.” Usually, negative viewpoints ignore the real intentions and strategies of the actors involved, as well as the undeveloped potential of the relations.

As prominent strategist and former U.S. Secretary of State Henry Kissinger has remarked: “The U.S.-Chinese relationship should not be considered as a zero-sum game, nor can the emergence of a prosperous and powerful China be assumed in itself to be an American strategic defeat.”[xviii] I consider that the case of Latin America serves well to endorse this statement. It is clear that cooperation must prevail in China-U.S. relations regarding LAC.

[xii] Gallagher, Kevin (2017): “Will China gain from a US withdrawal in Latin America?”. Article published by The Diplomat magazine. Date: 25th February, 2017.

[xvii] Personal interview conducted in the framework of the thesis “Xi Jinping’s political era in China: Implications and perspectives for the relation with Latin America”. Presented for the Master of China Studies at Zhejiang University in May, 2017.