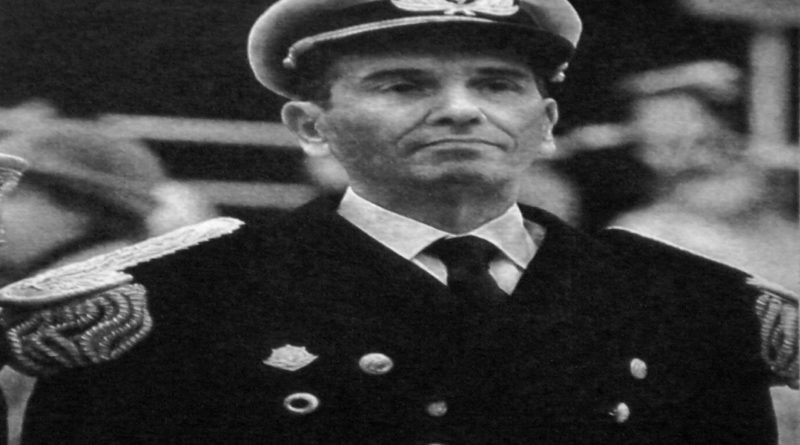 After 13 days of an international search effort to find the missing Argentine submarine, the ARA San Juan, some discouraged families of crewmembers had begun to mourn. “At this point, the truth is I have no hope that they will come back” Maria Villareal, the mother of a crewmember told an Argentine local news source. Most of the pessimism erupted after an “abnormal sound” was detected roughly 30 miles north of the ARA San Juan’s last known location. According to the Associated Press, this sound was “singular, short, violent, and non-nuclear (…) consistent with an explosion.”[i]

Even though search efforts formally continue despite 20-foot waves and wind speeds upwards of 50 miles per hour, the situation is almost hopeless.[ii]

Although naval experts now believe that a battery short circuit, brought about by a water infiltration through the submarine’s snorkel mechanism, caused the tragedy, there is another dimension at play as well–that of gross negligence. “They sent a piece of crap out to navigate” said Itatí Leguizamon, another relative of a missing naval officer on board the submarine.[iii]

Indeed, the shocking disappearance of the San Juan– a 34 year old diesel electric submarine — fits into a context of sustained military neglect directly tied to the stygian legacy of Argentina’s murderous armed forces — a legacy which is nothing less than praetorianism.

In both history and politics, the term “praetorianism”– derived from the infamous imperial bodyguards of ancient Rome– is defined as the excessive and abusive influence of a nation’s armed forces in its domestic political system. This phenomenon defined Argentine politics for almost half a century, and eventually led to Argentine politicians drastically reducing the power and capabilities of its armed forces.

For much of the 20th century, the Argentine military was indeed the “Praetorian Guard” of the country’s political leadership. Before the election of President Carlos Menem in 1989, the military had almost single-handedly picked over half of Argentina’s presidents since 1943. After a short period of democratic rule in the early 1970s, which saw the return of Juan Perón, the military intervened once again, overthrowing Perón’s wife and successor, Isabel, and establishing a brutal military dictatorship.[iv] From 1974 to 1983, the military waged the “Dirty War,” kidnapping thousands of suspected “left-wing terrorists” and summarily imprisoning them without trial or due process. As a result, an estimated 30,000 Argentines were kidnapped, tortured, and executed. The military’s reputation darkened even further after the failure of the Falklands/Malvinas War– an unnecessary conflict in which over 600 Argentine conscripts lost their lives.

Despite the collapse of the military dictatorship and the formal return of democracy in the 1980s, Argentina’s civilian leadership remained paranoid of another potential coup. During the presidency of Raúl Alfonsin, the military attempted 3 coups, embittered at the President’s early attempts to prosecute indicted high level officials allegedly involved in the Dirty War.

After the failure of the Falklands/Malvinas campaign and the tragedy of the military dictatorship, the legacy of the Armed Forces continued to cast a dark and portentous shadow over the country. In the 1990s, President Carlos Menem took key steps to subordinate Argentina’s military to civilian control while planting the seeds of tragedy for the ARA San Juan. During his first term, Menem significantly reduced defense spending by nearly half, from roughly 4.2 billion to 2.1 billion.[v] The Armed Forces also transitioned from an institution based on conscription to a small professional force. As a result, the total number of military personnel declined from about 200,000 in the 1970s to roughly 20,000. To appease the military brass, Menem also distanced himself from the haphazard prosecutorial attitude of the Alfonsin government and issued pardons to senior personnel who took part in the Dirty War.[vi]

This trend of demilitarization continued with the presidencies of Nestor Kirchner and Cristina Kirchner. While revamping the prosecution various leaders involved in the dictatorship, the Kirchners further reduced military spending. This reduction was accelerated after 2006, when it was revealed that the Argentine Navy was surveilling political leaders, human rights organizations, and civilian activists. This scandal ultimately led to the purging of senior naval officers in 2012. What’s more, in 2005 a drug smuggling scandal involving the Air Force led to further purges. Both of these events served to significantly diminish the reputation of the Armed Forces in the eyes of the general public. By 2013, defense spending represented a meager .8 per cent of GDP.

Along with a minimal budget, the military spent only a small amount of their funds on equipment upgrades and technological renovations. Instead of investing more funds into military hardware, most of the appropriations went to salaries of personnel. An estimated 80 percent of all the Armed Forces’ budget are now going directly to the pockets of military staff, making the military little more than a jobs program.[vii]

Many of these budgetary problems were also related to Argentina’s economic woes. In 2014 the country defaulted on its debt for the 8th time. This, in conjunction with the devaluation of the Argentine peso, made budgetary constraints on the Armed Forces even more precarious.[viii]

In June of 2014, the Navy sought to refit the San Juan, a largely out-dated and obsolete TR-1700 class submarine commissioned in 1985. Ironically, just a few days after the “renovation” project was completed, the San Juan’s sister ship, another TR-1700 class submarine– the ARA Santa Cruz, accidently ran aground. After the incident, inspectors discovered that the Santa Cruz had a rotting hull before the accident, and should never have been underwater in the first place.[ix] The military’s neglect for its naval assets was further illustrated in December of 2015, when the destroyer ARA Santisima Trinidad keeled over and sank due to a lack of proper maintenance dating back years. [x]

Within this historical narrative of drastic military cuts, purges, and a running anxiety of another coup dating back to the 1980s, the tragedy of the ARA San Juan fits into a context. Due in part to legitimate political anxieties with roots in the Argentine Dirty War, as well as budgetary constraints, the military has been reduced to one of its lowest states of combat readiness in the country’s modern history. This is not necessarily a bad thing, given the horrendous track record of human rights abuses shamelessly carried out by Argentine military institutions. There is no excuse, however, to so recklessly endanger the lives of soldiers. Although accidental, military officials must be held accountable for this senseless and avoidable loss of life. In the words of one grieving family member, “It is practically suicide to send them out in something so old.”[xi]

By Jack Memolo, Extramural Contributor at the Council on Hemispheric Affairs

[i]Phillips, Kristine. “What we know about the Argentine submarine that went missing nine days ago.” The Washington Post. November 24, 2017. Accessed November 25, 2017.