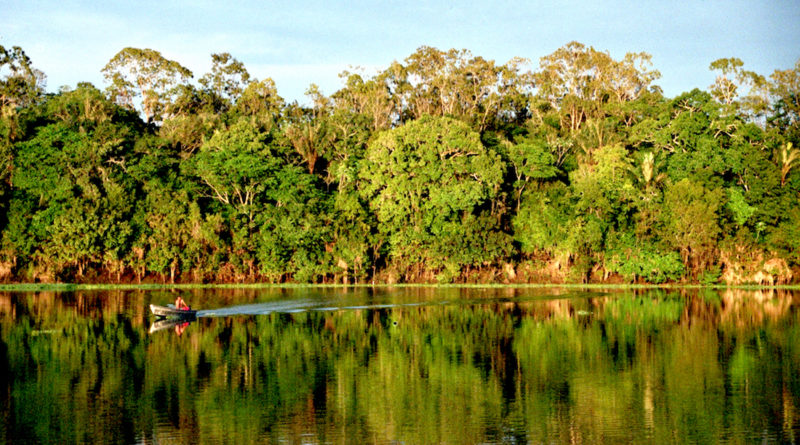 Brazilian de facto President Michel Temer’s decree 9142 abolishing the Amazon National Reserve of Cooper and Associates (Reserva Nacional do Cobre e Associados Renca) on August 22, was met with wide national and international opposition. In addition to numerous protests, an online public petition gathering over 600,000 signatures was presented a few days later. Senator Randolfe Rodrigues from the political party Rede even called the decree the “biggest attack on the Amazon in 50 years.”[i] In addition, the Prosecutor’s Office in Amapá called upon the Federal Court to suspend the decree, arguing that it contradicted the Federal Constitution and violated the rights of prior consultation of indigenous populations warranted by the Indigenous and Tribal Peoples Convention of 1989, to which Brazil is a party.[ii] In an effort to ease the protests, the government amended the original decree on August 28, reinforcing the prohibition of mining activities in protected areas.[iii] Finally, on August 31, the Minister of Mining and Energy, Fernando Coelho Filho, announced the suspension of the decree for 120 days, a period in which he noted, the Ministry would initiate a national debate involving different societal sectors to discuss the topic.[iv]

Despite this rhetoric, environmental groups and experts have criticized the lack of transparency and inclusion within the process, as well as the existing risk for indigenous communities and protected areas.[v] Additionally, the creation of a Comitê de Acompanhamento das Áreas Ambientais (Committee to Accompany the Environmental Areas), intended by Temer’s decree to advise on the provision of mining titles, has been strongly denounced for its overt links with powerful mining groups instead of serving the public interest.[vi]

Abolishing Renca to Serve the Interests of the Ruralistas

The Renca Reserve has an area of 4.5 million hectares, a size comparable to the country of Bhutan, and it covers the states of Pará and Amapa.[vii] According to studies carried out in the 1970s, in addition to copper, the area is rich in other minerals such as gold, iron, manganese, chromium, and tantalum.[viii] This conservation area was established in 1984 toward the end of the military dictatorship, as an effort to maintain natural resources under government control, and not necessarily to protect the environment or guarantee any property rights to the indigenous populations.[ix] Today, the reserve encompasses nine protected areas and is home to two ethnic groups: the Wayapi and Wayana-Apalai.[x]

The attempt to abolish the Renca reserve is not an isolated case; it is the most recent episode in the consolidation of power of the Frente Parlamentar da Agropecuária (Agricultural Parliamentary Front), the ruralistas, the powerful agribusiness coalition that has backed Michel Temer since Dilma Rousseff’s impeachment and has kept him in power despite a popular approval level of 5%[xi]. The ruralista coalition is composed of 231 deputies and 25 senators from an array of parties. [xii] The group was key in rejecting Temer’s impeachment process last August, providing almost half of the votes against the proposal.[xiii]

Under the current government, favorable to their interests, the ruralistas have been very successful in advancing their control in the mining and agribusiness sectors. For instance, there are currently a number of projects before the Brazilian Congress aimed to reduce preservation areas across Brazil. Last May, Congress approved three Medidas Provisórias (Provisional Measures, MP), MP 756, 758, and 759, that reduced protected areas and turned them into áreas de proteção ambiental (environmental protection areas), where agriculture, livestock, and mining activities are permitted, further harming the local ecology and indigenous peoples. The president of the ruralista coalition, defended this decision, stating that the reduction of the rainforest areas “would not entail a significant impact in the deforestation index of that Amazon region.”[xiv]

Although Temer vetoed MP 756 and 758 a few weeks later, environmental activists expressed their concern that this veto would only open the door for the introduction of a new bill.[xv] Such predictions became a reality when Temer presented bill nº 8.107/2017, which actually increased the extension of the environmental protection areas from the original 305 thousand hectares to 354 thousand hectares.[xvi] The bill was finally passed as law in July. Popularly known as Lei de Grilagem (squatting law), the new legislation introduces significant changes to land regularization in Brazil–for example, allowing public lands to be sold to third parties.[xvii] It is expected that this new legislation will have a negative repercussion on biodiversity and will increase violent land conflicts affecting local communities.[xviii]

The power of the ruralistas represents a threat to indigenous livelihoods in those conservation areas. Not only have the ruralistas pushed to cut the funds and appoint their allies at the Fundação Nacional do Indio, Funai, (Brazil’s Indian Affairs Agency), the Federal entity in charge of protecting indigenous peoples and their culture, they have also been responsible for introducing 24 out of 25 projects related to the federal demarcation of indigenous lands. [xix] [xx]

The association between the ruralistas and the Temer government runs much deeper than their agreement to reduce Amazon conservation units. The ruralista coalition has been fundamental in advancing Temer’s counter-reform agenda while helping him hold onto power through accusations of corruption.[xxi] It is no coincidence that these anti-environment decrees accelerated before the proposed impeachment process against Temer.[xxii] In return for their support, the Federal government has paid off the ruralistas by pardoning considerable debts and fines of the agribusiness and mining sector, as well as by distributing over $4 billion USD of public funds as political amendments to selected Congressmen.[xxiii]

The de facto government has defended its controversial proposals in the Amazon by arguing that they will bring about economic prosperity through job creation and increased tax benefits.[xxiv] In addition, Temer has stated that the decree would help regulate the illegal mining activity that is already taking place in the Amazon region.[xxv] However, it seems very likely that due to the nature of the decrees and the corruption taking place at the Federal level, the environmental and social hardships will largely exceed any improvement to the area or to the native communities.

The Wayapi people, one of the two indigenous groups most affected by this measure, has been sidelined throughout the entire Renca ordeal. The Wayapi remain particularly vulnerable because, in addition to having little contact with the outside world, the community is composed of just over 1000 members.[xxvi] The opening of the protected areas where they reside for mining would be extremely harmful for them, especially as the nearly defunct Funai will do little to protect them. The current examples of violent land disputes taking place in other Amazon regions may represent a sad reality of what is yet to come.

Specialists have also warned of the huge environmental consequences that the abolition of Renca would entail for the Amazon rainforest. The main effects would be continuous deforestation, expanding population, loss of biodiversity, and water scarcity.[xxvii] Moreover, the tragedy that took place in the city of Mariana, in the state of Minas Gerais, in November 2015, may serve as a sad example of what is likely to occur in the Amazon, in the event that the abolition decree is eventually passed into law. The collapse of the mining dam owned by Samarco, a joint-venture between Brazil’s Vale and BHP Biliton, killed over 19 people and the toxic mudslide extended over an area of 700 km, causing incalculable environmental and economic harm.[xxviii]

The tragedy in Mariana elucidates the consequences of corrupt practices in mining licensing and operation, as well as the perils of insufficient legislation to prevent the occurrence of similar episodes.[xxix] Furthermore, the fact that it went largely unaddressed on the federal level serves to reveal the government’s reluctance to regulate and punish mining transnational companies for environmental crimes.[xxx]

Prospects for the Future

The current attempts to reduce the Renca conservation area are another example of the current administration’s promotion of private interests at the expense of the environment and the Brazilian population. The exclusion of the indigenous groups throughout the entire process shows that Brazil’s current development model represents a threat to their constitutional rights as well as to their existence.

As a result of increasing protests, Temer reversed his previous decision by issuing a new decree on September 26 that restores the conditions of Renca to those that had been in place since 1984.[xxxi] This shows that one cannot underestimate the strength of public mobilization to potentially overturn the threats to Brazil’s natural resources. Following a series of structural reforms recently approved by the government, there seems to be a unifying element that differentiated the proposed extinction of Renca from other unpopular federal measures. This time, the protests to save this Amazon reserve mobilized not only environmental and indigenous supporters; for the first time, other sectors of Brazilian society started to show their disapproval of the government.

Despite this achievement, there is no time for complacency in the fight to save the Amazon, as the Brazilian government insists on debating the issue[xxxii]. This is risky because under the current political context, the national debate that the Brazilian government is proposing will likely remain selective and non-transparent. Based on the exchange of favors between Temer and the ruralista coalition it can also be expected that a new decree will have enough legislative support to advance into law. It remains to be seen whether there will be a new attempt to change the status of the Renca reserve. What seems clear, however, is that anti-Temer sentiment is growing in magnitude and environmental issues will certainly have a key role on next year’s election.