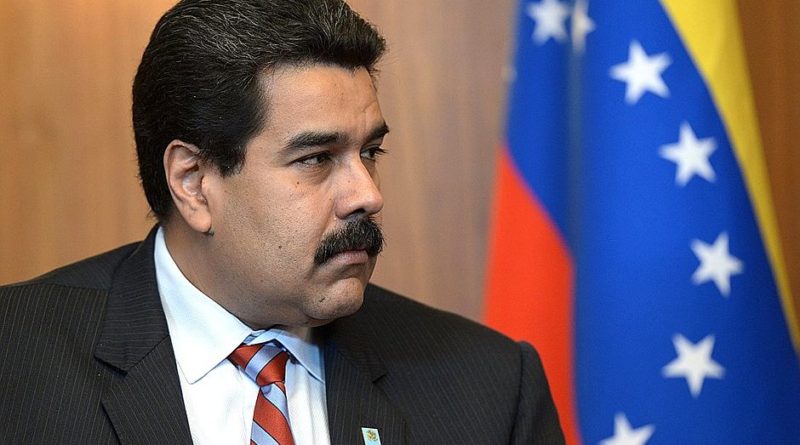 In recent months, Venezuelan electoral officials have faced pressure from the U.S.-backed opposition, the Democratic Unity Roundtable (MUD), regarding the timeline of the petition for a proposed Presidential Recall Referendum. MUD alleges that the petition process has been slowed down by officials for political reasons.[1] Venezuelan opposition party MUD claims that the referendum can and should be held this year, while election officials within the National Electoral Council (CNE, a branch of government separate from the executive) maintain that it is not possible to complete the process more quickly than their proposed timeline. Certainly, the timeline of the referendum is extremely significant for the opposition: if the referendum passes before January 10, 2017, then new presidential elections will be held; but if it passes after that date, the rest of President Nicolás Maduro’s mandate will be carried out by his administration’s Vice President Aristobulo Isturiz.[2]

On August 9, CNE President Tibisay Lucena held a press conference announcing an official timeline and explaining the legislation that regulates each element of the process. [3] Under this timeline, the next step of the referendum is projected to occur in late October, and the referendum vote itself will most likely take place in 2017 should all requirements of the law be met.[4] Lucena explained that the CNE has important reasons for presenting this particular timeline; the commission requires sufficient time to manage technical and logistical planning, and to ensure the legality of each step of the petition process. Given both the solid track record of the CNE over the past 17 years and the detailed account of the rationale for the timeline offered by the CNE, it is doubtful that the body has succumbed to partisanship in the construction of the referendum timeline.

Throughout the press conference, Lucena emphasized the importance of following exactly the procedures outlined in the Venezuelan Constitution and provided evidence that the CNE’s timeline matched up with these regulations. She explained the importance of strictly following these procedures and taking sufficient time to ensure both lawful and technically and logistically sound referenda. She cited Venezuela’s first elections under its 1999 Constitution to elaborate on the dangers of speeding along democratic processes. At that time, authorities faced extreme pressure to finalize the electoral procedures within May, in accordance with the government’s plans. The election was rushed before it was technically and logistically prepared, resulting in catastrophe—some of the materials were printed with mismatching pictures and parties of candidates. In the end, the election had to be postponed to a later date, a decision made just days before it was scheduled to take place. This example of the lessons electoral officials learned from Venezuela’s history highlighted the importance of taking sufficient time to prepare the logistical proceedings in the current referendum.[5]

In the press conference, Lucena also presented examples of Venezuela’s past recall referenda, including a presidential recall referendum in 2004 and 10 municipal recall referenda in 2007. She stressed that with recall referenda, the CNE has the duty of reconciling the “contradictory rights” between the Venezuelans soliciting the referendum and those who elected the official by popular vote in the first place.[6] Certainly, the possibility of infringing upon the rights of the original voters who elected President Maduro is not implausible. She elaborated, “we are living in a political context of confrontation in which some political factors are seeking to distort the norms or the application of the law to demolish electoral authority.”[7] In other words, Venezuela’s recent history provides examples of recall referenda that were petitioned with illegitimate reasons. For example, Lucena cites that in 2007 electoral authorities received over 400 petitions for local recall referenda, including some from corporations retaliating against politicians who refused them contracts, and even one from a disgruntled spouse of an official. It is in light of this past situation that the rule was created which requires an initial petition signed by one percent of the population in order to activate a recall referendum and determine a political organization as mediator.

Furthermore, even within this referendum, the CNE has already had to protect the rights of the voters who elected President Maduro. The CNE has revealed that it found as many as 600,000 signatures on the current petition to be invalid, with close to 11,000 of these from deceased Venezuelans.[8] Thus, although the opposition did have a sufficient number of approved signatures to begin the recall process, it was clearly important that the signatures were verified and counted accurately. The CNE’s duty to determine the legality of the petition, time-consuming as it may be, cannot be categorized as superfluous.

One important goal of Lucena’s press conference was to assert the integrity of the CNE. As she implored, “This electoral authority does not accept pressure from anyone. Our duty is just like the constitutionality of all Venezuelans.”[9] Right-wing opposition has certainly voiced its concern in the past that the institution is biased. [10] However, at least in the case of the December 2015 CNE-run parliamentary election, these claims were proven to be unfounded when the MUD party won a two-thirds ‘supermajority’ in the National Assembly.[11]

The recall referendum timeline presented by the CNE on August 9 will undoubtedly be met with disapproval by the Venezuelan opposition, as it predicts that even if the referendum is successful, Maduro will be replaced by his own administration’s Vice President. However, this fact alone is not enough to assert that political reasons motivated the construction of the timeline, as democratic processes such as these do require time. The constitution itself mandates the referendum procedures, and it appears that these are being strictly followed by the CNE.