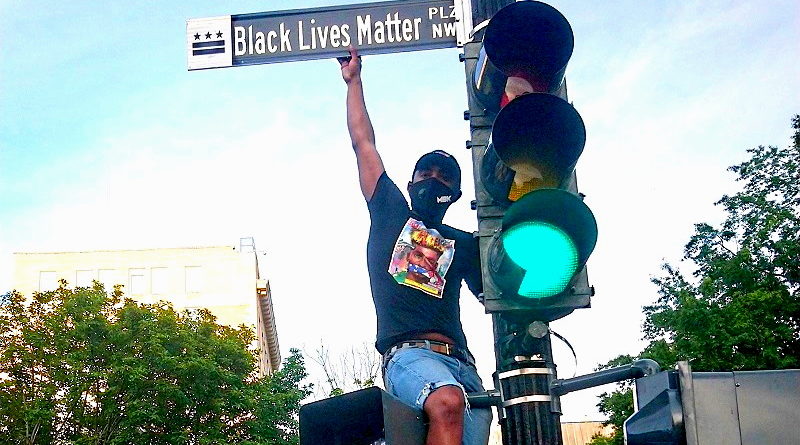 It is hard to describe the community energy generated this week from the mass protests throughout the country. June 6 in Washington, DC was like a street festival full of symbols of poignancy, rage, hope, contained aggression, and beauty. This amalgam of feelings stirred by the brutal murder of George Floyd at the hands of a white police officer in Minneapolis reverberated through the streets of the US capital, just a few feet from a White House hemmed in by heavy steel fencing. At more than 200,000, the crowd was the largest gathering in the country and remained peaceful, with no arrests. The semiotic irony was that a metal barrier was erected to stop the advance of thousands of people, but also it wound up trapping the temporary occupant of the premises: Donald Trump. The President, isolated in his intolerance and militaristic rhetoric, has constructed his own reality of aggression in the face of a national outpouring of empathy and indignation, which the billionaire apparently cannot comprehend.

Unfortunately, Trump has added another dehumanizing chapter to his long rap sheet of political sins. It all started with his years-long obsession with the fake news story that former President Barack Obama was born in Africa. Or perhaps it started even earlier, in the 1970s, when along with his father, Fred Trump, he was charged by the Justice Department with racial discrimination against African-Americans in their New York buildings. More recently, Trump placed his detachment from reality on full display in response to another murder, that of Heather Heyer in Charlottesville, Virginia. In that case, when the President equated the actions of violent white supremacists with the peaceful protesters against neo-fascism in this quaint Southern town, Trump appeared to take the side of the ultra-right youth who rammed his car into the crowd, extinguishing the life of the young attorney.

Now, after the suffocating nightmare that got us all screaming “I can’t breathe!” when screens around the globe mercilessly showed George Floyd dying before our eyes in eight minutes of agony, Trump once again teeters on the brink of amorality. He expresses ambiguity, which is worse than defending any specific value, no matter how despicable it might be. News leaked out that his closest advisors were trying to persuade him to deliver a presidential address to calm and unite the country by expressing solidarity with George Floyd’s children and widow. But sources report that Trump had nothing to say. There was no soul on him to deliver such emotions. The isolated occupant of the White House was unmoved. Instead, he chose the awkward calculated gesture of walking from the White House across Lafayette Square to St. John’s Church, after ordering troops to use clubs, tear gas, and police brutality (!) to clear the area of demonstrators. All this simply to hold up a Bible for a surreal photo op before the historic church, alongside visibly embarrassed members of his cabinet.

The site has now become the gathering point for thousands of people moved by the video of George Floyd’s suffering. At that very corner, 16th and H, Washington Mayor Muriel Bowser ordered the street sign changed from “16th Street” to “Black Lives Matter Plaza.” The Mayor also sponsored a huge street graffiti project in which BLACK LIVES MATTER was painted in giant yellow letters on several blocks of asphalt leading up to the White House, which will certainly withstand months of rain and traffic. The cosmic irony is that “White” House also describes the race of most police officers implicated in the deaths, serious injuries, and abuse of thousands of Blacks and other minorities.

Police brutality is no longer the only focus of American demonstrators who risk contracting COVID-19 to express solidarity with George Floyd’s ultimate sacrifice. Donald Trump has managed to make himself another target of criticism and resistance for these hundreds of thousands of Americans who have taken to the streets. He calls them enemies, terrorists, and criminals. But he has no epithets for the white supremacists who have gone out to riot and murder, just like in Charlottesville.

What could be going through Trump’s mind during this time of moral and political isolation for one of the most unpopular presidents of the modern era, while he hides behind huge metal fencing? The heavy curtains of the Oval Office surely cannot block out the thousands of voices resounding off the buildings with cries of “Hands up! Don’t Shoot!” and “Black Lives Matter!”, just a few feet from that solitary building on Pennsylvania Avenue, in the (wounded) heart of Washington, DC… 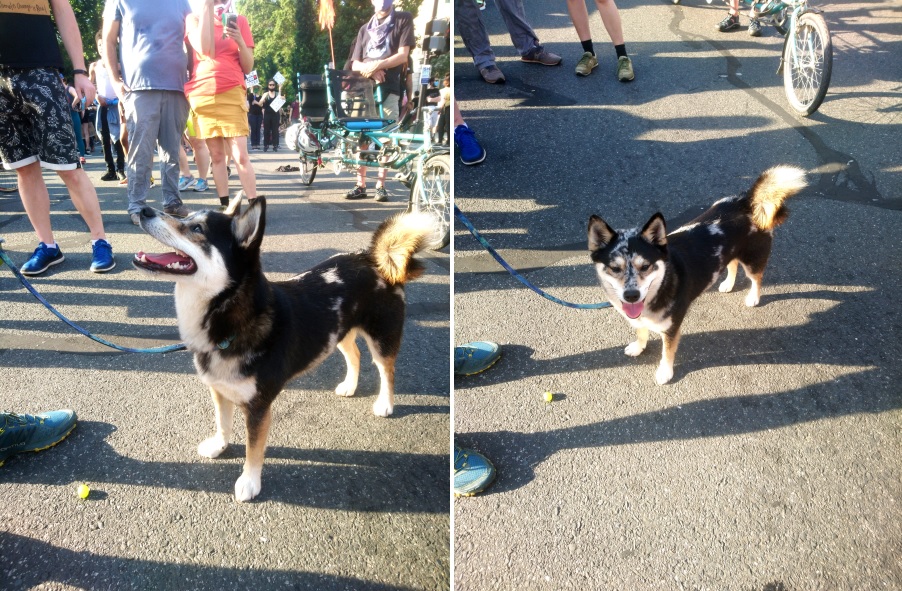 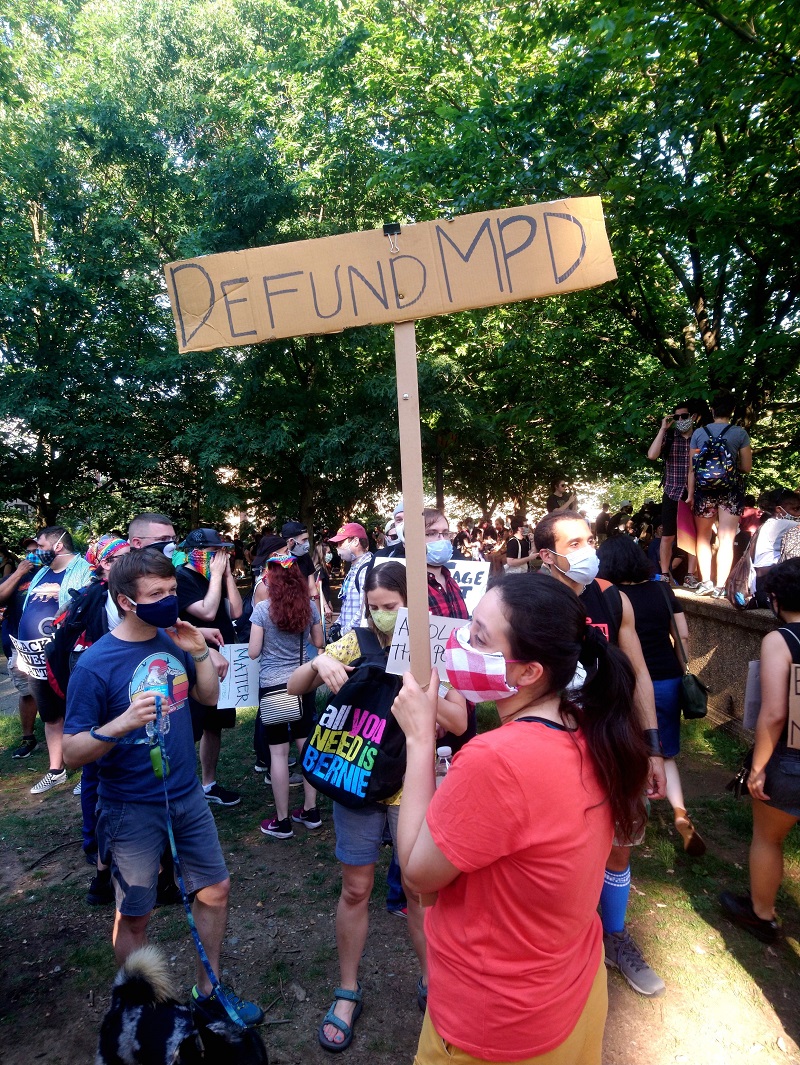 “Defund the Police” was a slogan echoing throughout the country. (Photo-credit: Patricio Zamorano | www.COHA.org). 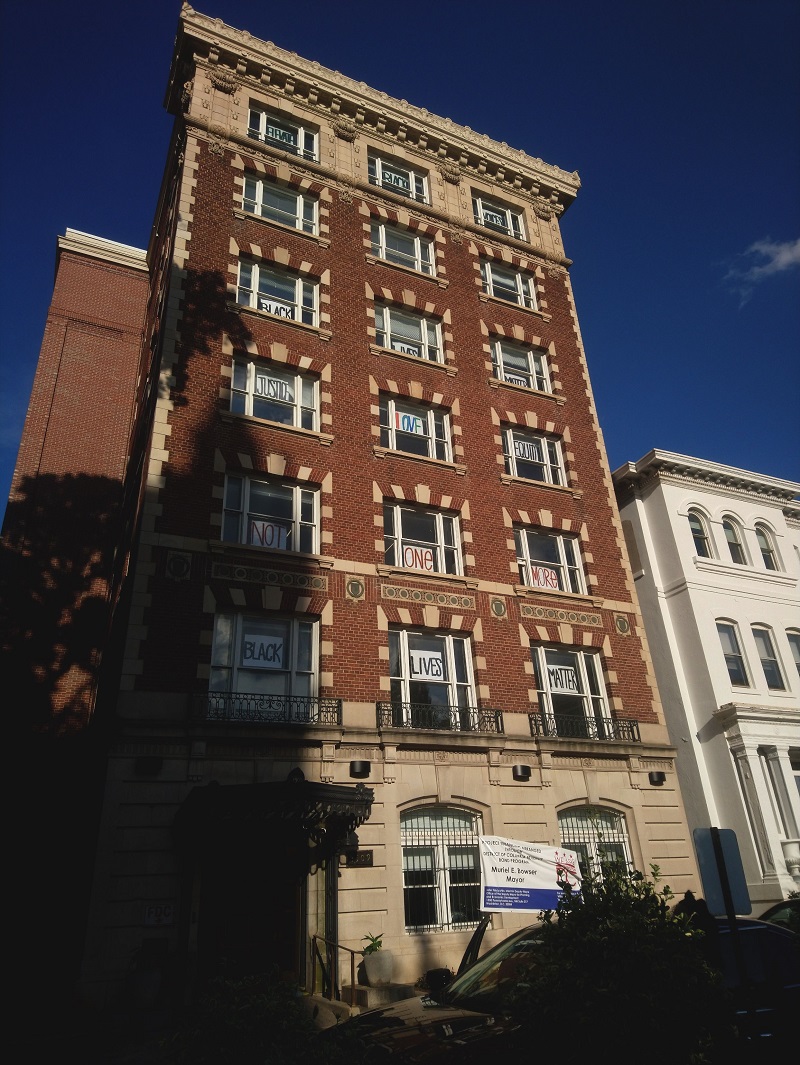 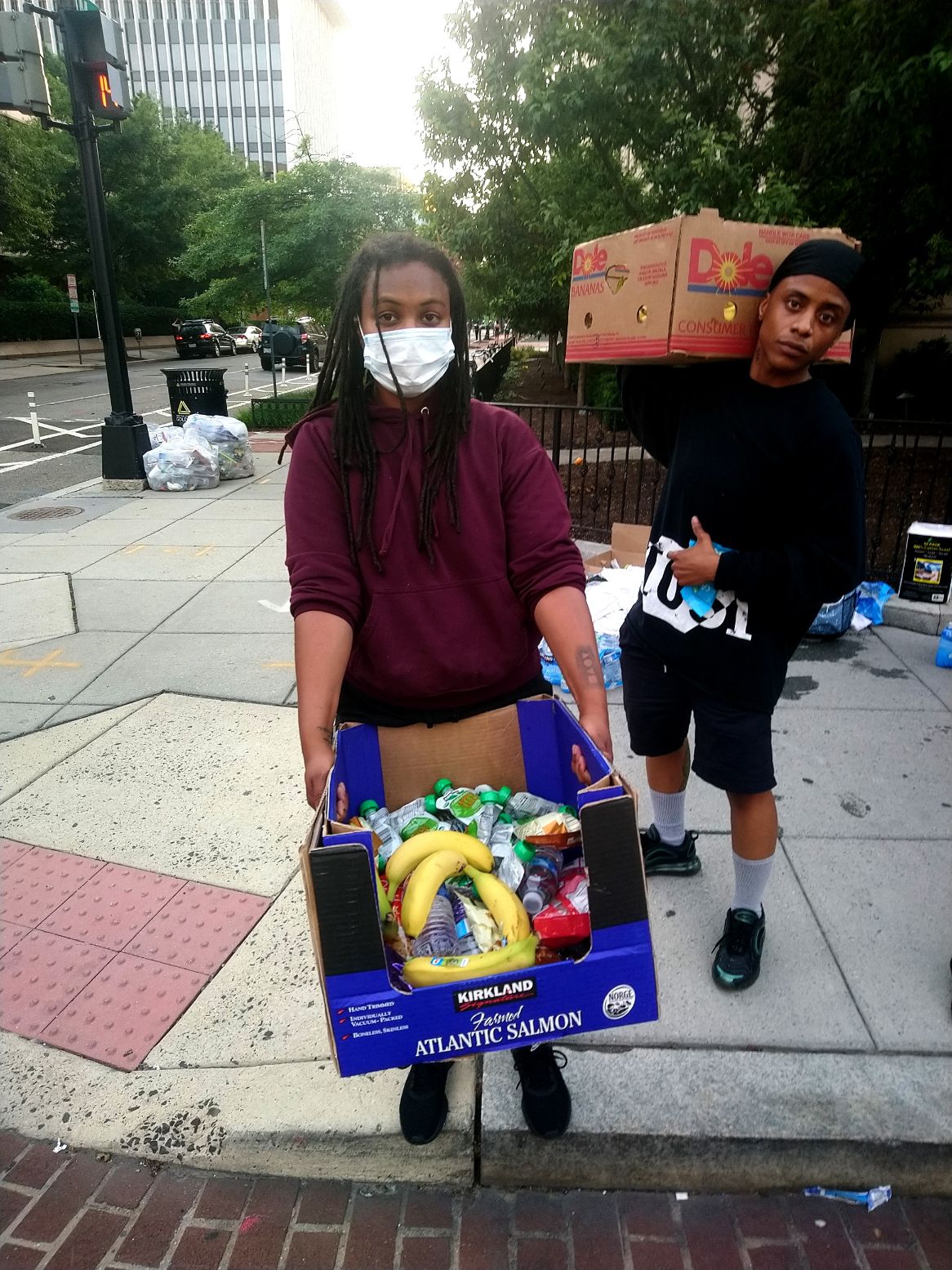