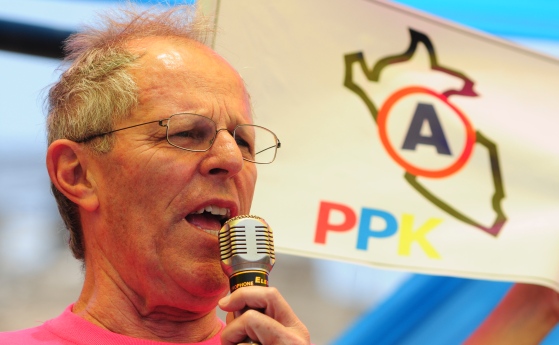 On June 5, 2016, the Peruvian electorate faced the choice between Pedro Pablo Kuczynski, a 77-year old liberal and free-market economist, and Keiko Fujimori, the daughter of former Peruvian President Alberto Fujimori. In the first round of voting in April, Keiko finished first with 39.86 percent and Kuczynski finished second with 21.05 percent. The run-off election results are extremely close, but on the afternoon of June 9, the National Office of Electoral Process (Oficina Nacional de Procesos Electorales, ONPE), Peru’s electoral agency, announced that Kuczynski obtained 50.12 percent of the votes, which gave him a victory over Keiko Fujimori. This historically close election and the victory of Kuczynski will indisputably open a new chapter for Peru.

Kuczynski and His Policies

During the election, the majority of media attention was focused on Keiko and her ties to Alberto Fujimori. Like many other young Latin American democracies, Peru does not have any well-established political parties. In Peru, the most prominent ideologies are Fujimorismo and its counterpart anti-Fujimorismo, which evolve around the political ideologies of Alberto Fujimori, who defeated the Maoist insurgency of Shining Path but governed with a dictatorial style.  Alberto Fujimori was also convicted of perpetrating human rights abuses, which included authorizing death-squad killings and the kidnapping of a journalist.[1] By contrast, Kuczynski, the Oxford and Princeton-educated economist, has not received much international media attention on the campaign trail. He worked at the World Bank as the Chief of Policy Planning, held senior positions at multiple investment banks in the United States, and served as the Economic and Finance minister of Peru under the neoliberal administration of Alejandro Toledo.

Long perceived as a member of the upper economic elite, Kuczynski initially struggled to gain support from rural voters. Later on, he garnered increasing support, in large part due to the strong sentiment of anti-Fujimorismo rather than his own favorability.[2] After losing in the first round of voting, Verónica Mendoza, the center-left candidate who finished third in the first round with 19 percent of the votes, asked her supporters to vote for Kuczynski, criticizing the Keiko campaign for “corruption and links with drug traffickers”. “Only voting for Kuczynski can we close the path towards Fujimorismo”, she said.[3] Mendoza’s support helped Kuczynski win six out of seven provinces in the southeast where Mendoza got a majority in the first round[4], which was essential to his final victory.

Kuczynski’s economic policies can be categorized as a combination of orthodox free-market approach and Keynesianism. Despite a fall in commodity prices that hurt neighboring economies, such as Brazil and Venezuela, Peru’s economy is expected to grow four percent this year, according to the World Bank.[5] Peru’s Gini Coefficient, which measures inequality, has been falling in the past decade. In his election platform, Kuczynski promised to increase the growth rate to five percent through a bundle of market-oriented policies. He proposes a program of temporary stimulus packages, a simplification of private investments, and a reduction in tax rates. He also proposes to reduce general sales tax (Impuesto General a las Ventas, IGV) by one percentage point per year from the current 18 percent to 15 percent in 2019, and will allow large companies to deduct the full amount of physical investment against the taxable amount.[6] However, some of his proposed policies diverge from the orthodox neoliberal script of privatization and minimal government interference. He welcomed the decision of Ollanta Humala, the current president, to raise the minimum wage to 850 soles ($258 USD) per month. He also promised to create a new safety net for unemployed workers who recently entered the labor market, planned to change the fiscal laws to increase the budget, and pledged to construct a dozen infrastructure projects through public investment. Nevertheless, with his tight links to the business and financial sectors, it remains to be seen whether his policies are sincere or merely an instrument to attract voters from the left.

Among social issues, crime and security has become a major public concern in Peru. 61 percent of Peruvians think crime and security is their country’s biggest problem, according to a recent poll from Ipsos Perú, a polling agency.[7] Kuczynski’s solution to this issue is one with an iron-fist: he wants to increase the police presence in “every neighborhood of Peru” and build new maximum-security prisons to house high-risk inmates. This is not very different from Keiko’s proposals, which included building maximum-security prison 4,000 meters (13,123ft) above sea level. Kuczynski’s policies will likely result in an increase in police presence and the vilification of criminals, which would be bound to lead to human rights concerns in the future.

The victory of Kuczynski, largely due to the strength of anti-Fujimorismo, signals a future of liberal economic policies and tight measures on security. However, it is unclear how many of Kuczynski’s policies would get passed. The narrow electoral margin gives him a weak mandate, and his party only has 18 out 130 seats in the Congress, whereas Keiko’s party holds the majority with 73 seats. Kuczynski will likely have to compromise on his policies, such as giving tax breaks to corporations, in order to move his legislative agenda forward, and he may also have to accommodate some of Keiko’s controversial stances, such as her support for illegal mining in the Amazon. With a certain degree of uncertainty, it will be interesting to see how Kuczynski’s term will play out.