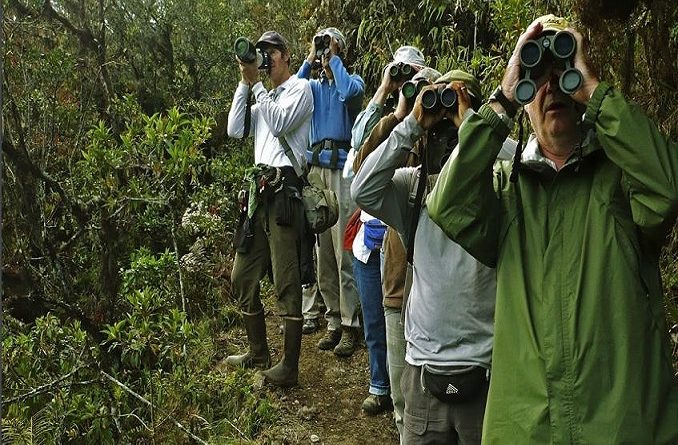 By Haley Wiebel, Extramural Research Associate at the Council on Hemispheric Affairs

Ranked as one of the ten most mega-diverse countries in the world, Peru has used its biodiversity as a tool to attract both foreign and domestic visitors and a cruise along the Amazon river is easily the best way to see Peru. This has engendered a flourishing ecotourism sector, which has become largely dependent on the Andean nation’s protected area system. Ecotourism interweaves aspects of environmental conservation, economic development, and cultural preservation. In practice, it can include educating visitors about biodiversity, raising cultural awareness, and generating financial benefits for nearby communities and conservation efforts.[i] Peru’s protected area system supports the fundamentals of ecotourism and has become a vehicle for the sector’s increased growth. According to the International Union for Conservation of Nature (IUCN), protected areas are legally designated spaces that enable long-term environmental conservation.[ii] These areas are intended to serve a dual-purpose of allowing indigenous populations to protect their ancestral territories from outside threats, while providing them with an added source of income. Although Machu Picchu Historic Sanctuary remains the most iconic protected area in the country, sites such as Paracas National Park, Huascaran National Park, and the Tambopata National Reserve are becoming increasingly well-known travel destinations as well.[iii] As a result, Peru’s protected area system contributes to a sustainable form of development, which has significant economic implications for the country.

Over the past 5 decades, Peru has established over 70 protected areas.[iv] While the system is now overseen by the Peruvian Ministry of Environment, this has not always been the case. Peru’s protected area system was managed by the country’s Ministry of Agriculture until the National Service for Natural Protected Areas was created in 2008.[v] The legal framework of Peru’s protected area system allows land to be managed on a national, regional, private, or communal level. However, all must go through a detailed certification process to receive official status, as explained by Andes Amazon Fund Program Director and former National Protected Area Service of Peru (SERNANP) board member, Enrique Ortiz:

A number of procedures and requirements are needed to declare an area, including consulta previa [prior consultation], if there are indigenous communities living nearby. Those holding land rights in the area must also be notified of the intention to create a protected area. The proposal then passes from SERNANP to the Ministry of Environment for approval, and ultimately to the council of Ministers for its final declaration.[vi]

Lands protected on a national level have either direct or indirect land use status; other types of protected areas typically permit direct use. While direct use areas allow the extraction of resources under the guidelines of specific management plans, indirect use areas are much stricter: “Non-extractive scientific research, recreation and tourism activities are allowed in appropriately designated and managed zones. [In those indirect use protected areas,] extraction of natural resources and modification or conversion of natural habitats is not permitted. Areas of indirect use [include] national parks, national sanctuaries, and historical sanctuaries.”[vii] Established in 2015 by the Ollanta Humala administration, Sierra del Divisor is the country’s newest national park. Referred to as one of “South America’s wildest landscapes,” the park spans 3.3 million acres (1.3 million hectares) and is emblematic of the ecological and cultural significance of protected areas.[viii] In addition to over 550 species of birds, 120 mammals, and 80 amphibians, several indigenous communities, some of which are uncontacted, call Sierra del Divisor their home.[ix] However, the park’s legal status does not entirely safeguard it from illicit activities. Like many protected areas, Sierra del Divisor faces illegal mining, logging, and coca cultivation within its borders. A study conducted by the World Bank highlighted the role of effective enforcement mechanisms in protected area management: “Improved resources and capacity for patrolling and enforcement [proved] critical in increasing conservation effectiveness. Patrols by park guards and local community groups, and even the presence of tourist guides, helped reduce illegal activities inside the protected area.”[x] Therefore, ecotourism can be used as a multipurpose tool to preserve the environmental integrity of protected areas, allowing for continued visitors.

The Economic Impact of Ecotourism in Peru

As one of the fastest growing sectors in Peru, tourism has become a vital part of the country’s economy.[xi] Peru’s Gross Domestic Product (GDP) serves as a measurable indicator of its impact; in 2014, travel and tourism contributed to 9.7% of the country’s GDP and is predicted to increase to 11.1% by 2025.[xii] In comparison, mining – one of the country’s most robust  industries – accounted for approximately 14% of Peru’s GDP in 2016.[xiii] Today, Peru receives around 3.5 million tourists a year, and a significant portion of those visit protected areas. SERNANP predicts that 2 million domestic and international tourists will visit the country’s protected areas in 2017.[xiv] Since 2009, the number of travelers who have visited Peru’s protected areas has grown 17 percent annually.[xv] This has produced a significant increase in revenue. Between 2011 and 2015, the amount of money earned from protected area entry tickets rose from approximately $2.5 million USD to $4.2 million USD.[xvi] However, indirect revenue is also earned from the purchase of lodging, food, and other goods and services outside of the protected areas. The multiplier effect of ecotourism not only benefits the national economy, but also aids local communities: “In 2013, the 1.3 million tourists who visited the country’s protected areas generated $236 million in revenue, of which $134 million directly benefited people. For example, nearly 13,000 people worked at restaurants and lodges that cater to tourists.”[xvii] Ecotourism provides local communities with an opportunity to diversify economically and offers an alternative to illegal, extractive industries. As a result, it gives local populations an added incentive to support environmental conservation: “ ‘Protected areas can help local economies by attracting tourists who spend money in nearby communities, by protecting ecosystem services (such as water provision, flood protection, generation of non-timber forest products) which increase productivity, or through improved infrastructure and institutional development.’ ”[xviii] A study published in the Journal of Environmental Economics and Management confirmed this evidence. It examined conservation efforts in Costa Rica and Thailand, which have successfully created protected area systems that focus on ecotourism: “[The study showed] that, at least in Thailand and Costa Rica, protected areas actually boost local economies and decrease poverty […] Researchers found that in fact living near a protected area was on average a benefit: in Thailand poverty headcount dropped by 8 percent and in Costa Rica poverty was reduced by 10 percent.”[xix] Therefore, Peru’s protected area system can help lessen poverty in local communities if properly implemented, aiding the country’s future development.

Environmental conservation is a key component of sustained tourism growth in Peru. Still, defending the natural environment requires a strong commitment from the national government. Elected in 2016, Peruvian President Pedro Pablo Kuczynski vowed to fight deforestation earlier this year, explaining a few of the government’s initiatives: “We’re completely committed to reducing deforestation in the Amazon […] We signed an agreement in the previous government and you get carbon credits for every acre that is reforested or not deforested. In addition to that, the government has a program called Blue Sierra, Sierra Azul, to [reforest] the Western edge of the Andes.”[xx] These are all promising first steps. However, in order to secure the economic benefits of ecotourism, Peru’s protected area system must be integrated into this strategy. The maintenance of current protected areas and creation of additional ones will likely boost tourism revenue based on current rates. While the Kuczynski administration has yet to establish any national protected areas, several are waiting for government approval, according to Ortiz: “Tres Cañones in Cuzco, Pacifico Tropical in Piura, and Vista Allegre Omia in Amazonas are at the top of the list. Once Yaguas and Ausangate go through consulta previa, they will be ready for government approval as well.”[xxi] The proposed Regional Conservation Area of Tres Cañones, in particular, would have significant economic benefits for Peru. Approximately 5 hours from Machu Picchu, Tres Cañones would attract some of the UNESCO World Heritage Site’s 1 million annual visitors to the southern part of the country.[xxii] This could help alleviate some of the strain felt by Machu Picchu; the Inca site has reached its maximum carrying capacity in recent years, which threatens its preservation and role as a source of revenue. According to Ortiz, tourism in Tres Cañones would ultimately create more jobs and promote economic diversity in the province of Espinar, an area largely dominated by mining interests; the region would see an increased demand for hotels, restaurants, and local businesses as well as jobs such as travel guides and interpreters.[xxiii] Tres Cañones, therefore, is emblematic of the economic potential of Peru’s protected area system.

The Future of Ecotourism in Peru

Peru’s protected area system challenges the idea that economic growth and environmental conservation are mutually exclusive. Still, some would argue that a balance must be found between these two factors to ensure that human impact does not degrade the source of Peru’s sustainable income. If this is achieved, rural and indigenous communities would be among those with the most to gain from increased ecotourism, especially in protected areas. Quality of life could be improved without having to sacrifice local lands or cultures. In this sense, Peru’s protected area system can be both an engine for economic growth, and a way to preserve the country’s national patrimony and identity as one of the most diverse nations on Earth.

By Haley Wiebel, Extramural Research Associate at the Council on Hemispheric Affairs

[i] The Nature Conservancy. “Eco-Trips and Travel.” What Is Ecotourism?. Accessed June 22, 2017. https://www.nature.org/greenliving/what-is-ecotourism.xml.