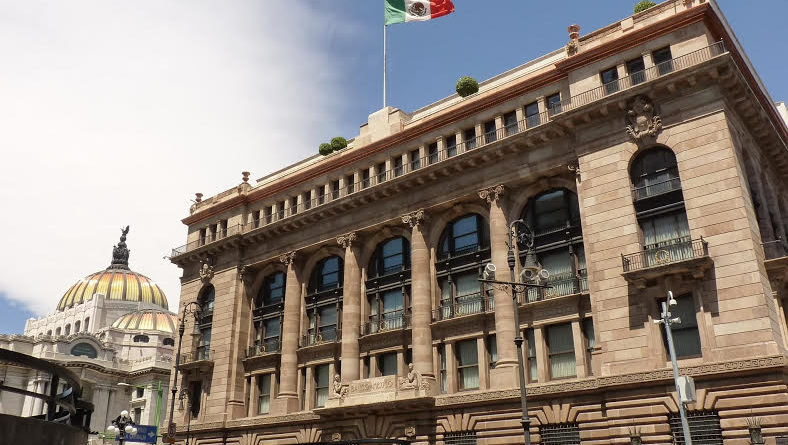 By Fabrizio Chollet, Research Associate, and Rafael Perez, Research Fellow at the Council on Hemispheric Affairs

On July 21, the editor-in-chief of Americas Quarterly, Brian Winter, released an article describing the role of Mexican leaders’ attempts to improve the country’s economic situation. Agustin Carstens, Governor of the Central Bank in Mexico, for example, has been lauded throughout his career for his achievements as an economist. As described in his biography on the Bank of Mexico website, Carstens acted as the executive director of the International Monetary Fund (IMF) from 1999 to 2000, a position later held by Christine Lagarde.[1] In 2015, both The Banker and LatinFinance dubbed Carstens the “Central Bank Governor of the Year.”[2] With the support of President Peña Nieto, he was reappointed as governor for a 6-year term from January 2016 to December 2021 as a result of his outstanding performance, knowledge and work ethic.[3] Overall, Carstens is considered a virtuoso in economics, and so a question emerges: With leaders like Carstens, why does Mexico’s economy continue to underperform?

Economic Ties to the U.S.

Although Mexico’s annual economic growth has been mostly steady over the past decade, it is important to take into account the 2007-2008 economic crisis in the United States, which substantially affected Mexico’s economy. As Mexico is one of the largest trading partners of the United States, with six million jobs dependent on trade between the two countries, the crisis inevitably impacted Mexican workers and companies with U.S. ties.[4] Between 2008 and 2009, Mexico’s GDP contracted by 4.74 percent, according to the World Bank. Nonetheless, after the crisis, former president of Mexico, Felipe Calderón, was able to increase the annual growth to 5.2 percent by 2010.[5] During the remainder of his administration, this annual growth remained steady, with 4.04 percent at the end of his term in 2012 being the lowest rate.[6] Mexico’s annual GDP growth rates in the years after the economic crisis were unmatched by the United States. With these annual growth rates, what is keeping Mexico from economic prosperity?

In his article, Winter uses the testimony of Mexico’s former Secretary of Interior, Alejandro Poiré, to assert that the “widespread corruption and monopolies” together constitute the main barrier to Mexico’s success.[7] Although Mexico has long struggled with the problem of corruption, it has been particularly evident since the entrance of current president Enrique Peña Nieto. Even at the time of his inauguration, it was clear that he had won the presidency through fraudulent practices including the promise of money for votes and the manipulation of ballot counts. According to CNN’s Krupskai Alis, Peña Nieto spent approximately $800 million USD on publicity during the first two years of his term.[8] This amount was greater than that of the two previous presidents combined. In addition, 49 percent of Peña Nieto’s total spending, or about $400 million USD, could not be accounted for by the Mexican government.[9] Furthermore, Peña Nieto’s wife, Angelica Rivera, has been involved in a number of scandals of her own regarding luxurious real estate purchases.

Can Corruption Be Overcome?

During the Organization for Economic Co-operation and Development (OECD) Anti-Bribery Convention, Transparency International categorized Mexico as having “Little Enforcement” in regard to its fight against corruption.[10] A year ago, El Universal reported corruption costs approximately “10% of its GDP… between 26 billion and 130 billion dollars.”[11] While COHA and journalists around the globe have credited Peña Nieto’s administration for the development of the Energy Reform in 2013, this reform has thus far been unsuccessful in improving Mexico’s oil industry (PEMEX).[12] Potential investors’ mistrust of the government’s political favoritism and corruption has undermined Peña Nieto’s attempts to increase PEMEX’s revenue.

Central Bank Governor Carstens has declared that in order to achieve economic success, an administration must maintain “quality of fiscal spending,” a reference to the need to control corruption.[13] In this regard, Agustin Carstens and the Central Bank have performed rather well, maintaining a low inflation rate and an unemployment rate below 5 percent during the administrations of Peña Nieto and Calderon.[14] By comparison, Peña Nieto has not been nearly as fiscally responsible. Instead, Peña Nieto has become steeped in rampant corruption, and until his administration begins to implement “quality of fiscal spending,” Mexico’s economy will continue to find itself on the list of developing countries.

By Fabrizio Chollet, Research Associate, and Rafael Perez, Research Fellow at the Council on Hemispheric Affairs