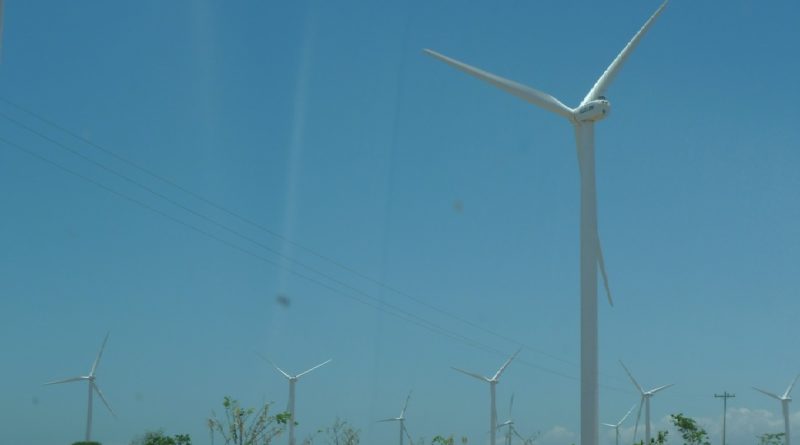 President Trump’s recent announcement of his decision to withdraw from the Paris Climate Accord has brought attention to the fact that only two other nations – out of 197 in the U.N. Framework Convention on Climate Change –[i] have not signed the document. Syria’s long ongoing conflict has prevented it from participating in many international initiatives in recent years, which is perhaps understandable however lamentable it may be, but news outlets and social media platforms have brought the more interesting case of Nicaragua to light in the past few days.

The small Central American country did not refuse to sign the agreement because it is not necessarily interested in cooperating in international efforts to combat climate change; rather, Nicaraguan authorities chose to stay away from the initiative because they believed it was simply not a realistic means to curb global warming. Paul Oquist, Nicaragua’s chief climate negotiator, explained in an interview with Democracy Now, shortly after representing the nation in the 2015 Paris Climate Summit, that “… the concept of universal responsibility and voluntary commitments doesn’t work. Universal responsibility is a spin. It’s a spin on historical responsibility and common, but differentiated, responsibilities.”[ii] An article published in Time Magazine in May of this year argued that Nicaraguan leaders refused to participate in the deal based on three main critiques of the agreement: it is non-binding, consequently failing to incentivize countries to adhere to their commitments; unrealistic, arguing that the proposed method will most likely still result in an increase of 3 to 4 degrees Celsius (37.4 to 39.2 degrees Fahrenheit) – and not 2, as affirmed in the accord, which Nicaragua simply cannot afford; and not fair, since it intends to impose regulations and demands on developing countries of a magnitude equally challenging to them as those imposed on wealthier, more industrialized nations upon which most of the responsibility in the matter falls.[iii]

Oquist argued that the level of ambition of the agreement, and particularly of the 10 countries that produce the highest rates of CO2 emissions (which account for 72 percent of total global emissions) is not nearly high enough to fulfill Nicaragua’s needs and standards. Among the top-10 greenhouse gas emitters are China (26.83%) and the United States (14.36%), as well as the European Union (9.66%), India (6.65%), and Russia (5.03%), with just the top 3 accounting for half of the total global greenhouse gas emissions.[iv]  The 100 countries that emit the lowest amounts of CO2 altogether, including Nicaragua, account for only 3 percent of the total global emissions. The Nica representative argued that a system that intends to “cut out” the countries that constitute an almost insignificant portion of the problem while being disproportionately lenient toward those 10 countries that make up nearly three-quarters of the global greenhouse effect is unproductive and unreasonable.[v] “We’re not going to submit because voluntary responsibility is a path to failure… We don’t want to be an accomplice to taking the world to 3 to 4 degrees and the death and destruction that represents,” the negotiator told the website Climate Home in 2015.[vi]

Nicaragua is especially vulnerable to the negative effects of climate change; as it is the poorest nation in Central America, its production systems are heavily reliant on natural resources, and it is located in the path of Atlantic hurricanes.[vii] The last Global Climate Risk Index (2017) identified Nicaragua as the fourth-most at-risk nation in the world as consequence of global warming, after only Honduras, Burma, and Haiti.[viii] The disadvantaged country, well aware of the risks it faces, has taken on a project to move toward a more sustainable path and charge ahead on clean, renewable energy sources. Nicaragua produces 4.8 million tons of emissions a year, which account to the miniscule figure of 0.03 percent of total global emissions. In fact, a 2013 World Bank report labelled it a “renewable energy paradise”[ix] and, proving worthy of the title, the country has significantly heightened its efforts to shift its energy sources to fully renewable since then. When the Paris Climate Change Conference was held in 2015 renewables in Nicaragua comprised over half of all electricity production, and 80 percent of the country had reliable access to the grid.[x] “Do we feel responsible for having caused climate change?” Oquist asks. “No, not at all… we’ve gone from 25 percent renewable to 52 renewable since 2007, and in 2020 we’ll be 90 percent renewable.”[xi] Almost 10 years ago, Nicaragua signed a contract with Brazilian electric company, Eletrobras, and hydroelectric power stations company, Queiroz Galvao, to build Tumarín,[xii] a massive hydroelectric plant that is meant to produce approximately one-quarter of all energy consumed in the nation.[xiii] Today, Nicaragua has a contract for 323 megawatts of hydroelectric power that is expected to make the country run on 90 percent renewable energy by 2020. The nation has already gone from 25 to 52 percent renewable by using geothermal energy from volcanoes and power from wind turbines and newly installed solar panels.[xiv] In 2014, Nicaragua saved 2.1 million tons of CO2 as a consequence of their shift to renewable energy sources.  Their emissions totaled 4.8 million tons, which is extremely low considering that the U.S. emitted a total of 6,870 million tons that same year[xv] (equivalent to 0.8 for each Nicaraguan citizen and 21.54 for each American citizen).[xvi] “So, really, Nicaragua’s house is in order in terms of mitigation”, continued Oquist. “But we’re on planet Earth, and we have to keep this genie in the bottle. We have to achieve the objective of 1.5-degree increase in this century, or, at worst, the 2 degrees. And what does this process in Paris lead to? Three degrees”.[xvii]

Nicaragua cannot afford an increase of three degrees Celsius. Based upon the 2017 Climate Change Risk Profile, a report prepared by USAID, Nicaragua is projected to face increases between 0.6 and 2.7 degrees Celsius by the 2060s. If the country had conformed to the 2015 Paris Agreement standards, and the temperature rose 2 degrees in the next 50 years, it would find itself experiencing some of the most detrimental consequences of changes in climate patterns: increased intensity of hurricanes, rising sea levels along both coastlines, crop loss to yield reductions, a shift in its production zones, increased food insecurity (considering that around 25 percent of the farming households are classified as extremely poor and experiencing chronic or temporary food insecurity today),[xviii] drying of wetlands and shifting distribution of forest types, reduced water supplies and degradation of water quality, destruction of infrastructure (which could potentially be irreparable in the large scale), and increased risk from water-borne illnesses. [xix] These hazards, among many others, are not only a threat to Nicaraguan ecosystems, but also to the Nicaraguan economic productivity, access to basic usable resources, social stability, and human health.

“It’s a not a matter of being trouble-makers, it’s a matter of the developing countries surviving,” Oquist concluded about his country’s position on the Paris Agreement. “4C is not a survival track in the Sahel with the Sahara advancing. It’s not a survival track for India or Pakistan with the glaciers melting in the Himalayas.”[xx] And it is certainly not a survival track for Nicaragua. For the last decade, the Land of Lakes and Volcanoes has worked to become less dependent on foreign oil and looks to completely shift  to renewable energy.[xxi] Even though it is one of only 3 members of the U.N. Framework Convention on Climate Change that refused to participate in the deal, its reasons are not only substantially different from those of struggling Syria and self-centered United States, but also admirable and worthy of high recognition at a global scale. While President Trump considers the Agreement to be a setback to his administration’s plan for economic development, Nicaragua’s leadership has charged ahead in the fight against climatic violence, above and beyond the new global standard. Even though the effects of global warming are more detrimental to the small state of Nicaragua than many other countries, the Nica attitude towards the overpowering phenomenon is an example to be followed by the rest of the world. The nation’s refusal to join the Paris Agreement two years ago is extremely significant, not only because of their perfectly reasonable argument presented in this article, but also because it serves as a symbol of strength and individuality; a statement of refusal to comply with international activity simply for the sake of diplomacy, and a proclamation of true, genuine concern and interest in dealing with global warming, the greatest challenge of our generation, which certainly is a fact of life for all Nicaraguans.

[ii] “We Do Not Want to Be an Accomplice: Nicaragua Rejects Global Consensus on Voluntary Emission Cuts”. Democracy Now, December 4, 2015, https://www.democracynow.org/2015/12/4/we_do_not_want_to_be

[v] “We Do Not Want to Be an Accomplice: Nicaragua Rejects Global Consensus on Voluntary Emission Cuts”. Democracy Now, December 4, 2015, https://www.democracynow.org/2015/12/4/we_do_not_want_to_be

[viii] Taylor, Adam. “Why Nicaragua and Syria didn’t join the Paris climate accord”, The Washington Post, May 31, 2017, https://www.washingtonpost.com/news/worldviews/wp/2017/05/31/why-nicaragua-and-syria-didnt-join-the-paris-climate-accord/?utm_term=.db418bdc29cc

[xi] “We Do Not Want to Be an Accomplice: Nicaragua Rejects Global Consensus on Voluntary Emission Cuts”. Democracy Now, December 4, 2015, https://www.democracynow.org/2015/12/4/we_do_not_want_to_be

[xiv] “We Do Not Want to Be an Accomplice: Nicaragua Rejects Global Consensus on Voluntary Emission Cuts”. Democracy Now, December 4, 2015, https://www.democracynow.org/2015/12/4/we_do_not_want_to_be

[xvii] “We Do Not Want to Be an Accomplice: Nicaragua Rejects Global Consensus on Voluntary Emission Cuts”. Democracy Now, December 4, 2015, https://www.democracynow.org/2015/12/4/we_do_not_want_to_be

[xxi] “Nicaragua Didn’t Join Paris Accord Because It Was Too Weak, So Don’t Compare It to Trump”, ReMezcla, June 1, 2017, http://remezcla.com/culture/nicaragua-trump-paris-accord/