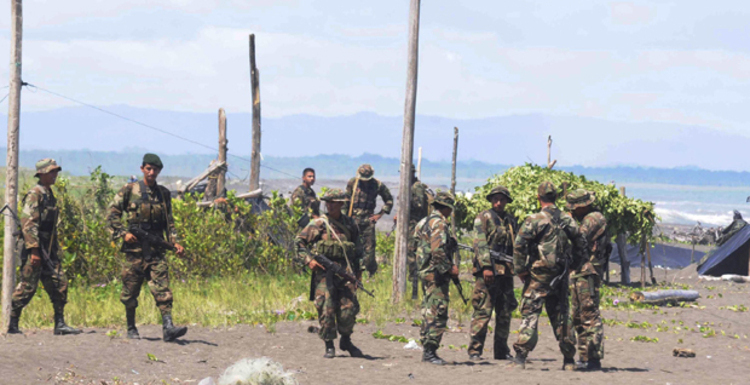 Costa Rica is renowned for being one of just 15 countries with no military in the world. Following the nation’s short-lived but bloody Civil War, Army Commander José Figueres abolished the army in 1948 after successfully overthrowing President Teodoro Picado. The following year, the government formalized this decision in the country’s constitution (Article 12) and designated the military budget to support education, culture, and internal security.

Since 1948, Costa Rica has become a model of peaceful democracy in Latin America. In this country, “there is a highly educated electorate; elections are regularly held, free and fair. It is one of the few countries in Latin America with no democratic breakdowns in the last 50 years.” [1] The elimination of the Costa Rican armed forces was a monumental decision for the nation itself, the entire Central American region, and the world. But can the Costa Rican choice to abolish its army be universally imitated, particularly among other Latin American nations? Without a doubt, other Latin American and Caribbean countries that have a similar geopolitical situation to that of Costa Rica can benefit from disbanding or further reducing their armed forces.

Since the origin of civilization, governments have seen the military as a necessary institution to defend and extend state borders. In the Roman Empire, the role of the army became increasingly important. Roman strategists knew very well that having an efficient army to enhance the Empire’s powers of attack and defense was key to keeping peace throughout its vast territory. In fact, the “philosophy” of Roman imperialism was si vis pacem, para bellum (If you want peace, prepare for war). .  The Roman Army was seen as a model of discipline and efficiency that has been imitated by militaries in other nations long after the fall of the Roman Empire.

In order to understand the modern role of armed forces, it is useful to look back to the 17th century, when the European model of a nation-state (centralized and guided by a sovereign, sometimes absolute, Monarch) became common. In this era, most states set up permanent troops and, as a result, national sovereignty and the army were deeply intertwined. This sort of equivalence remained predominant until the 20th century.

The international relations system began to change in the 20th century, when new multilateral modes of governance, such as the North Atlantic Treaty Organization and the European Union, emerged at the end of World War II and obscured national borders. In recent decades, military forces have become increasingly tied to international affairs as a result of intensified globalization; this is demonstrated by recent events in Libya in2011, when a multi-state coalition began a military intervention to implement the United Nations Security Council Resolution 1973.

A Model for Other Nations

In reality, the Costa Rican decision to eliminate its army has already been emulated in Latin America. According to “Imagination for People,” a community that develops socially innovative projects, “disbanding the army in Costa Rica has had an influence on its Central American neighbors. Costa Rican President Óscar Arias Sánchez, winner of the Nobel Peace Prize in 1987, sought to promote the abolishment of the military in other countries during his tenure, which resulted in the demilitarization of Panama.” [1] But the Panamanian military was also disbanded due to U.S. pressure after its 1989 invasion of the Central American nation, which occurred during the administration of President George H.W. Bush.

However, not all Latin American countries will imitate Costa Rica’s decision to abolish its armed forces. Other nations may view demilitarization as an unconditional capitulation to the United States, which is all the more likely at a time when there is a slew of anti-Washington governments in the region. Having an army does not only serve the purpose of fighting wars or protecting borders, but it is also a symbol of strength and a military deterrent.

Nevertheless, many other countries in the region, such as Nicaragua or Uruguay, could opt for a more peaceful path; in particular, Uruguay enjoys very close relations with its two neighbors, Argentina and Brazil. The primary purpose of an army is to defend a nation’s territories from possible invaders; Thus, it is highly improbable that a country would be interested in attacking nations such as Costa Rica or Uruguay, as states normally need a military, economic, or strategic motivation to violate the sovereignty of another country.

Moreover, if attacked, these peaceful countries would immediately receive the status of victims. This is what happened, for example, in the border dispute between San José and Managua thatstarted in October 2010. Nicaragua sent its troops to the disputed territory, but it was very difficult for Nicaraguan President Daniel Ortega “not to appear as an aggressor, considering that he has a relatively professional standing army behind his rhetoric.” [3]

Even in the case of an attack, allied nations would likely protect these peaceful nations. That is the benefit of the strong alliance between Costa Rica and the United States, which have maintained formal diplomatic relations since 1851. Simply put, a country can abolish its army, but that does not necessarily mean that it will give up its security.

Also, Costa Rica’s public security force (Fuerza pública), created in order to uphold the law, could serve as an interesting model for other nations in Latin America that are considering a passive military approach. This solution should guarantee the adequate instruments to protect individual security and civil order in the country. According to one report on democracy in Latin America, there has been an “increasing criminality rate over the last decade [in Costa Rica] and an even larger increase in the public perception of the saliency of criminality.” [4] Moreover, having a strong police force is necessary to confront drug trafficking, which passes through the region from South America to Mexico and the United States. For this reason, Costa Rica has also created the Unidad Especial de Intervención, a small Special Intervention Unit. Nevertheless, it must be taken into account that, in matters of national security, “some isolated episodes of abuses of power by the security forces have been denounced by international and non-governmental organizations.” [5]

A New Assignment of the Funds

As mentioned, Costa Rica used the budget previously dedicated to its military to enhance security programs as well as to improve education and cultural services. This is the most significant factor to keep in mind while analyzing the abolishment of the Costa Rican Army. Even though “income inequality has increased over the last decade–the Gini index rose from 0.41 in 2000 to 0.44 in 2010–it remains among the lowest in the region and definitely below the average for Central America.” [6]

Between 16 to 21 percent of the population continues to live below the poverty line, but Costa Rica’s welfare is:

“[…] stronger than most other Central American countries. There is an important set of public policies that address issues regarding labor conditions, housing, healthcare, education, satisfaction of basic needs, and more. Even though economic difficulties have undermined the extension or effectiveness of these policies, the country’s situation in terms of the protection of economic, social, and cultural rights are among the best in the region.” [7]

The Costa Rican case demonstrates that funds originally used to finance the army can be effectively re-directed toward social programs, with an immediate return in economic growth.

Specific social, cultural, economic, and political circumstances have allowed Costa Rica to abolish its armed forces and become an example of peaceful democracy for the world. Some judicious political figures, such as President Figueres and President Sánchez, have courageously promoted the elimination of the armed forces in both Costa Rica and other Latin American countries, though  this cause sometimes has been seen as hazardous. That said, not all countries in Latin America can take advantage of some of the peculiar and extremely favorable circumstances that exist in Costa Rica (i.e. a small geographical area, small population, high degree of religiosity, and widespread culture of peace) in order to disband their military forces. Nevertheless, small Latin American states could benefit from a similar decision to disband their military.  Especially where these forces are not absolutely necessary, re-allocating funds previously spent on these services may have very positive effects on social equality, human rights’ protection, and economic growth.

Samuele Tamburini, Research Associate at the Council on Hemispheric Affairs

[1] G. Katz and Leonardo Morlino, The Quality of Democracy in Latin America: An IDEA Report, Exeter and Rome, December 2012.

[2] “Costa Rica: A Country Without an Army,” Imagination for People, accessed August 7, 2013, http://imaginationforpeople.org/en/project/costa-rica-a-country-without-an-army/.

[4] Katz and Morlino, The Quality of Democracy in Latin America: An IDEA Report.