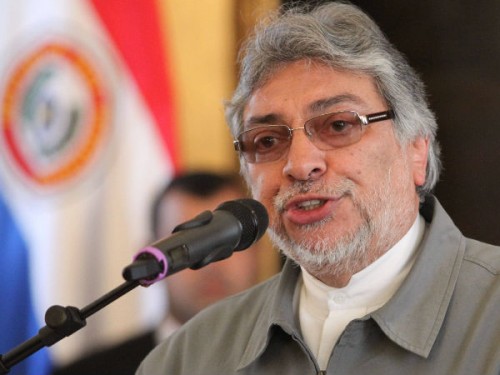 In analyzing the regional reaction to the extremely questionable constitutional outcome in Paraguay, Fernando Lugo’s fate appears correlated more so with economic urgency than solely democratic promotion. Although condemned by Argentine President Cristina Kirchner and Brazilian President Dilma Rousseff, it is hard not to think that they are extremely grateful for a pretext to suspend Paraguay from the Mercosur trade bloc and get on with the trade pact’s business, namely moving ahead with inter-hemispheric economic relationships. The remaining Mercosur members recently approved Venezuela’s accession to the bloc and reignited talks of a Mercosur-China trade deal, previously off the table because of Paraguay’s strong diplomatic relations with Taiwan. Reaction from The Organization of American States (OAS) has been even more muted, with a somewhat odd mission of non-South American countries calling the situation “calm” and hoping t

hat the organization will escape similar uproars to those encountered at the OAS’s recent Cochabamba general assembly.

While this is to a certain extent a cynical reading, the regional reactions seem to support it. Paraguay had its political rights suspended from Mercosur, symbolically keeping with the bloc’s governing agreements, but this punishment did not extend to the serious grounds of economic sanctions. Trade continues and, more importantly for Brazil and Argentina, electricity from the giant Itaipú and Yacyretá hydroelectric complexes flows uninterrupted. For his part, newly installed Paraguayan President Federico Franco has been clear that he couldn’t care less about participation in Mercosur meetings on the Southern Cone economic arrangement, provided that trade—both legal and illegal—continues. It is this deeply contemptuous approach to promotion and protection of democracy that has particularly drawn the ire of commentators well versed in the region. The most recent blast comes from the Miami Herald’s Andres Oppenheimer, who blames regional leaders such as those in Argentina, Brazil, Colombia and Venezuela for their “flexible” approach to constitutional procedure in Paraguay. He argues that these leaders have remained silent during “violations of democratic right in Nicaragua, Bolivia, Venezuela and Cuba in recent years, [creating] a climate of ‘anything goes’ in the region.”(1) In broad strokes, Oppenheimer is correct. A more nuanced approach grounded in the region’s history points to a process that recognizes that sustainable democratic forms must come from internal negotiations. The problem is that this often results in a somewhat blinkered view of democracy.

Further questions surround how the Mercosur bloc used Paraguay’s suspension as an opportunity to welcome Venezuela into the club, taking a rather self-serving and pragmatic approach to democracy. Pundits have long attacked Venezuela for descending into authoritarianism through democratic means under Chávez. For these critics, the decidedly awkward question now being asked is how the dominant leaders of Mercosur—Dilma and Kirchner—will be able to reconcile the bloc’s well-established democratic credentials with the sort of political conduct attributed to Chávez by his detractors. Further, Lugo’s de facto ousting has led to an examination of what sort of leadership role Brazil is going to take in the region and whether or not Brasilia will help a country such as Paraguay attempt to stay on the democratic path. While not well publicized, there is a strong history of Brazil intervening quietly but quickly to ensure Paraguayan democratization. Such tactics have included closing smuggling routes across the border to pressure elites involved in the illicit market as well as the use of vice-regal interventions by Brazilian presidential representatives behind closed doors.

While a decade ago there were still some questions about democratic permanence in the region, today maintenance of democratic forms is a prerequisite for any leader seeking to maintain power—just ask Bolivia’s Morales, Ecuador’s Correa, and even Venezuela’s Chávez. Hence, while in 2002 it would have been enough to push for maintenance of democratic forms, more sensitivity to these institutions is required today. And this is precisely where the response from Argentina and Brazil fails. To his credit, Chávez in Venezuela has pushed the point beyond symbolism by cutting shipments of subsidized fuel to Paraguay. Kirchner and Dilma have simply excluded Franco from a meeting where he would have had less of a voice than Uruguay, whose protests over the whisking of Venezuela into the bloc were largely passed over.

Pressure to “force” a country down the democratic path requires massive political will and commitment from the imposing country or region, with Eastern Europe arguably the only example of this taking place within recent experience. The simple reality is that the sort of internal dialogue necessary to support such an interventionist policy has not taken place in Argentina or Brazil. Neighboring countries simply have not recognized the impact that democratic consolidation and sustained development in Paraguay would have on the security situation in São Paulo, Rio de Janeiro, and Buenos Aires. Thus, foreign policy, even on a regional level, has remained an economic issue as much as anything else. Unfortunately, recent events in Paraguay are unlikely to change this reality.

Sean Burges is a Senior Research Fellow with the Washington, DC-based Council on Hemispheric Affairs and a Senior Associate at the Australian National University’s Australian National Centre for Latin American Studies. He is the author of Brazilian Foreign Policy After the Cold War (University Press of Florida, 2009) and twenty academic articles and book chapters on Brazil and inter-American Affairs.