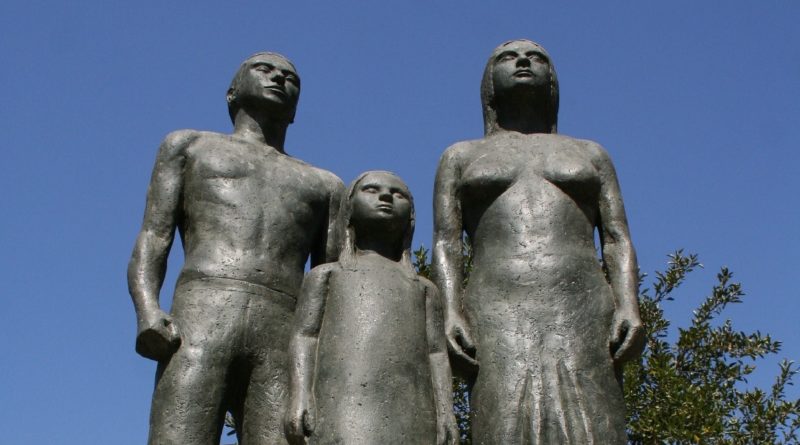 In an extraordinary step backward a Chilean Court of Appeals granted release and sentence reductions to 17 State actors convicted of crimes against humanity perpetrated against thousands of Chilean citizens during the Pinochet dictatorship, provoking condemnation by survivors and the international human rights community. In the context of several months of relentless and brutal government repression of pro-democracy demonstrations and President Sebastián Piñera’s intransigent commitment to a failed economic model, this show of impunity sends the wrong message to the police forces who have already brutalized thousands of Chileans and undermined the rule of law. These measures violate international human rights law signed by Chile.

COHA republishes this open letter initiated by Chilean concerned citizens in Washington DC, supported by more than one hundred people from 11 different countries, against impunity in Chile.

We the undersigned Chilean residents in the US and persons of all nationalities profoundly condemn the judgement of acquittal and reduction of sentences by the Court of Appeals of Santiago, for 17 violators of human rights, adjudicated for crimes against humanity committed during the military dictatorship of Augusto Pinochet.

Minister Juan Cristóbal Mera Muñoz, Minister Mireya López Miranda and member attorney Cristián Lepin Molina, absolved the former agents of the National Directorate of Intelligence (Dirección Nacional de Inteligencia, DINA) Pedro Espinoza, Rolf Wenderoth, Hermon Alfaro, Pedro Betterlich, Claudio Pacheco, Orlando Torrejón, Orlando Altamirano and Eusebio López. They also reduced the sentences of Ricardo Lawrence, Jorge Andrade, Juan Morales Salgado, Ciro Torré, Sergio Escalona, Juvenal Piña, Jorge Díaz, Gustavo Guerrero y Gladys Calderón to 3 years and 1 day. Pedro Espinoza was an accomplice of the notorious criminal who was the right hand man of Pinochet, Manuel Contreras. Espinoza was the chief of the Villa Grimaldi, a center of torture and forced disappearance. Espinoza was also involved in the operation called “Caravan of death” in which almost 100 persons around the country were assassinated, and he participated in the terrorist attack on Orlando Letelier in Washington DC. All of these criminals had been convicted on July 21, 2017 for 16 kidnappings and one homicide perpetrated in Villa Grimaldi.

The judges’ actions benefit state actors, functionaries of the armed forces and Carabineros police who committed crimes against humanity, including kidnappings, sexual assaults, indescribable tortures and assassinations of Chileans for their political beliefs. According to international law, such crimes constitute acts of state terrorism.

The campaign of impunity has even extended to perpetrators of human rights violations who are completing their sentences in the Punta Peuco prison. Pinochetista legislators are pressuring the Piñera government to grant those among these prisoners who are over 75 years old the benefit of house arrest, measures presently being studied with regard to the coronavirus. The characteristics of Punta Peuco prison, however, considered a place “of luxury” on account of its many benefits, comfortable rooms, and special services, does not justify the application of the same criterion used in the case of overcrowded conditions found in ordinary penitentiary centers.

These very grave deeds of the past few days imply an emotional drama, especially cruel for those family members and loved ones of the thousands of victims of violations of human rights committed by these State agents. Chile has demonstrated an enormous legal ambiguity and ongoing policy of impunity since the end of the dictatorship. These recent actions, especially the decision of the Court of Appeals, demonstrates that the application of justice in the face of serious violations of human rights continues to be an unfinished task, politicized and debilitated by certain sectors of the society which even confuse the right to defend a political ideology with the necessity to defend, above all, human life. Also, there ought to be a moral imperative to oppose state terrorism and bring to justice those who infringe against the dignity of the human personality.

With the decision by the Court, Chile is also out of compliance with international treaties and the jurisprudence of the Interamerican Court of Human Rights (Corte Interamericana de Derechos Humanos, CIDH). The cases of Almonacid, Arellano and others v. Chile, and La Cantuta v. Perú have established unequivocally the obligation of member states to investigate and prosecute all crimes against humanity, treating them as the most serious violations of human rights. Once responsibility is established, the state, through its judicial branch, ought to apply sanctions commensurate with the gravity of the crimes. These principles of international law obligate states to avoid any measure that permits amnesty or sets aside the responsibility of the guilty. Chile appears to regress in this regard, abandoning the doctrine that the CIDH has followed for years and forgetting the purpose of these norms of international law related to human rights, laws which are designed to provide a disincentive, under any circumstances, to commit such crimes.

We call upon the Supreme Court, the government authorities, and legislators to forcefully exercise their full legal and political authority to urge Chile to fulfill its international obligations with regard to human rights and vigorously oppose these acts of impunity for crimes so serious that they have affected and continue to affect generations of citizens of our country.