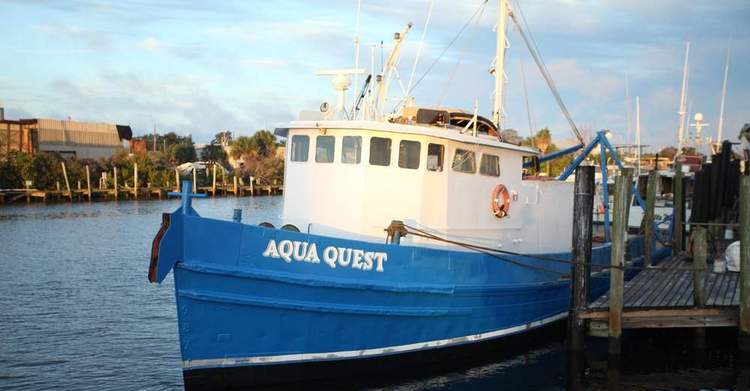 The story of six American men who were detained in Honduras on May 5 gained significant traction only last week. The men worked for Aqua Quest, a salvaging company based in Tarpon Springs. They were detained on some form of illegal firearm possession charge after Honduran security authorities inspected their vessel, during which five firearms were discovered. One of those weapons reportedly was an AK-47.

Unfortunately, news reports on the subject vary depending on the publication, and many reports lack information from Honduran news sources, although all of the sources seem to agree the weapons were discovered during an inspection of Aqua Quest’s vessel.

Reports by national and Florida newspapers were not exactly clear on why the crew was in Honduras in the first place. Aqua Quest stated the company had been invited years ago to help local lobster divers in the Ahuás region of eastern Honduras as a form of humanitarian aid, Bay News 9 reported. Meanwhile, CNN reported that the men were in Honduras to help remove mahogany logs blocking a river.

Had there been an infusion of news from Honduran news sources, it would have been noted that the Commander of the Naval Forces of Honduras, Hector Espinoza Caballero, stated the problem was the men had five weapons without the proper permits.

Perhaps even more curious is that the story only gained local and national coverage five weeks after the men were detained. It is certainly likely that these men were in the region to conduct their normal business operations — sweeping the oceans for items of historic and monetary value from shipwrecks — rather than providing humanitarian aid.

Furthermore, the fact the United States did not send a consular official to visit the men until May 19 is rather interesting. Why wait two weeks? One reason could have been because the local U.S. officials were not made aware of the situation immediately, or perhaps the U.S. embassy thought the situation could be easily remedied. Whatever the reason, there was no coverage of this story until two weeks after the visit by diplomatic officials.

I am sure there are multiple factors for this lack of reporting on the ordeal. However, the fact that these men face a firearms violation in a country that is rife with crime and drug and weapons smuggling, and could receive up to 16 years in an appalling Honduran prison, begs the question as to why this story is rather late in its publication.

Regardless of what Aqua Quest claims — whether it be that the men had alerted government authorities of the weapons prior to their arrival or they thought it would be “a death sentence” not to carry guns due to piracy in those waters — the media must paint an accurate picture of the story.

Accuracy is especially important in stories relating to U.S. nationals abroad, because these stories influence the way U.S. citizens view other nations and how U.S. foreign policy should be constructed. Although Honduras is a country that has suffered heavily from corruption, it is imperative to provide a balanced view of the story. This is especially important in light of the failure of various U.S. news outlets to cite Honduran news sources in their reports on the Aqua Quest situation.

Had these sources been added, the audience would have been informed that the men were in possession of five firearms, all of which did not have the proper Honduran licensing in their possession, which was discovered during a routine search of the men’s vessel, according to El Heraldo and La Prensa, two major Honduran newspapers.