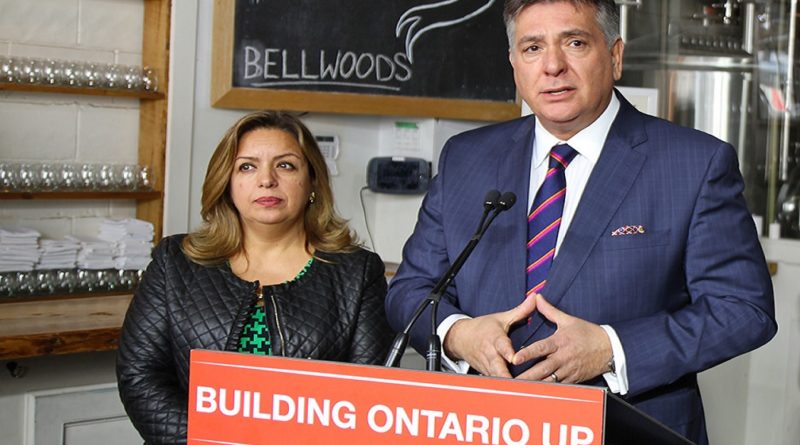 An array of policy alternatives to North America’s welfare state has recently sparked heated debate among policymakers. Since the advent of economic deregulation in the 1970s, there has been an increase in labor insecurity.[i] Globally, the effect of neoliberal economic policies of privatization, deregulation, and disinflation have shifted the beneficiaries of the global economy “from a debtor’s paradise to a creditor’s paradise,”[ii] over the past forty years. Productivity has risen, labor’s share of capital has declined, unions are weak, and production chains have been globalized.[iii] The liberalization of domestic production chains has increased the outsourcing of labor to developing economies, which has increasingly disenfranchised the working classes in Canada and the United States. In contrast to the abundance of austerity measures in the United States, Canadian policymakers are revaluating the role of the welfare state.

It is necessary to re-think the failures of the traditional welfare state in order to develop progressive welfare policies aimed at cultivating a more fair and equitable society. The general welfare state “seeks to promote the general welfare not by rendering itself inconspicuous,” but by taking positive action to improve the basic livelihood of its citizens.[iv] More specifically, the redistributive-general welfare state involves intentional manipulation of the political-economy with the central aim of redistributing wealth and income.[v]  A redistributive-general welfare state can transmit positive externalities to specific socio-economic groups; however, its central aim is income redistribution contrary to the “traditional” welfare state. The traditional welfare state is capitalist, and only devotes a portion of its gross domestic product to specific socio-economic problems without changing the fundamental redistributive structure of the country’s macro economy.[vi]  The current condition of the welfare state is more representative of the Trump administration’s hardline social cuts, in which the state is reduced to maintaining civil order and national defense. The Trump Administration’s proposed $272 billion in cuts to welfare programs is chipping away at the foundation of America’s social security net.[vii] Under the Obama administration, social security spending amounted to $668 billion in 2011 alone.[viii] In comparison to Trump’s fundamental cuts to the welfare state, north of the border, Canadian policymakers are taking a proactive stance to step into 21st century social policy.

Ontario’s basic income pilot project, as proposed by Premier Kathleen Wynne, started in March 2017. The three-year-long project will annually give 4,000 participants from Hamilton, Thunder Bay, and Lindsay, unconditional government cash transfers of $16,989 CDN for single people and $24,027 CDN for couples.[ix] As a baseline measure, Ontario’s basic income (BI) would start at 75 percent of Statistics Canada’s low income measure, roughly $1,415 CDN a month. Ontario is the first North American government to run a basic income project since 1974. Premier Wynne reiterates that a basic income project is necessary as “this is a new world with new challenges… [F]rom technology to Trump, it is a time of greater uncertainty and change.”[x]

The Ontario pilot project will measure the effect of basic income on people’s quality of life, such as health outcomes, life and career choices, education outcomes, work behavior, employment status, food security, and the relationship between basic income and existing social programs, just to name a few.[xi] Ontario’s basic income follows a progressive structure; fifty cents are deducted from the monthly basic income for every extra dollar earned on a job.[xii] Specifically, everyone in Ontario between 18 and 65 years old can qualify for a basic income. The amount of basic income received is income tested, and is dependent on an individual’s income tax bracket.[xiii] The progressive structure of Ontario’s basic income is intended to incentivize individuals to find work and reduce the number of discouraged workers that are currently straining the Canadian welfare system. Opponents of basic income commonly argue that the program disincentivize individuals to find work because they can solely rely on unconditional government income. However, what opponents fail to recognize, is that a guaranteed basic income encourages workers to find work by increasing the subjective well-being for low income individuals.[xiv] The maximum amount received is indexed below the Statistics Canada poverty line, therefore it would also be an inadequate substitute for income earned from a full-time job.

The debate around “giving people free money” is also a debate involving moral responsibility. On one hand, there are individuals who believe that decreasing the poverty rate is a collective responsibility of the community, which is reflective of the capitalist welfare state. On the other hand, there are those who think that poverty alleviation is an individual problem, and that an unconditional allowance of cash from the government would only reinforce poor decision-making as a considerable moral hazard.[xv] Should individuals accept a universal basic income, and reduce the number of hours they work, a revenue-neutral basic income[xvi] would incentivize greater bargaining power with the employer while having a negligible effect on aggregate demand.[xvii] Greater bargaining power will arise from an employee’s ability to rely on basic income in times of unemployment rather than on finding a job in the labor market.

On the surface, the concept of basic income seems to be a progressive policy initiative “as a recognition that the evolution of our welfare state has not kept pace with demographic and economic changes.”[xviii] However, there continues to be increasing ambiguity surrounding how a basic income policy would be financed. How it would differ from a negative income tax and other existing social security nets? What would the ultimate goal of basic income be in comparison to the existing welfare state? Combining the transcendent productivity growth over the past half century[xix] with broad economic reforms, a universal basic income policy can be financed in Canada and the United States.[xx] However, such an ambitious revitalization of welfare policy is contingent upon the willingness of politicians to deliver on their promises.

In 2016, the Finance Minister of Ontario, Charles Sousa, announced that the purpose of a Canadian basic income would be to “test a growing view at home and abroad that a basic income could build on the success of minimum wage policies and increases in child benefits by providing more consistent and predictable support in the context of today’s dynamic labor market.”[xxi] According to the Canadian Centre for Policy Alternatives, a national basic income of $10,000 per year could end up costing Canadian taxpayers $350 billion CDN or 17.5 percent of the Canada’s GDP.  While for only $15 billion CDN, Canadians could permanently expand affordable housing, child care, public transit, and eliminate the costs of pharma-care, dental care, as well as post-secondary education.[xxii] Despite the criticism that basic income is fiscally irresponsible, a past pilot project in 1974 launched in Dauphin, Manitoba, proved otherwise. The Dauphin “MINCOME” project showed that with a basic income strategy, new mothers took longer maternity leave, teenagers were more likely to stay in high school, and the rates of  hospitalization, injuries, and mental health disorder dropped, all with minimal impact on formal work habits.[xxiii] Although the MINCOME project was cut short in 1977, due to a change in government policy towards deficit reduction, the project yielded inadequate data on the socioeconomics effects of basic income. Dauphin’s results give high hopes to current policy makers that the basic income pilot project in Ontario could be worth the cost incurred in the long term. However, there are many technicalities within basic income policy that needs to be to fleshed out. The most pressing challenge is integrating basic income with existing social assistance and tax deductions.[xxiv] For example, how do policymakers determine priority between social assistance deductions that start at an earned income of $200 per month, versus, Canada’s Child Benefit that is roughly equal to the poverty line?[xxv] Qualification for additional social assistance would need to be examined on a case-by-case basis in accordance to the benefits individuals receive under basic income. This process would be administratively complex, and only hints at many of the challenges of implementing an effective basic income policy.

Ontario’s Premier Wynne has embarked on an ambitious basic income pilot project. Many critics say Wynne is only embarking on broad social security reform for her own political benefit to be earned in Ontario’s 2018 provincial general election. On May 31, 2017 Ontario’s Liberal government announced an increase in the minimum wage to $15 an hour by January 1st, 2019. Ontario’s economy has been outperforming all G7 nations in real GDP over the past three years, with unemployment at a 16-year low.[xxvi] Raising Ontario’s minimum wage is a policy response to the increasingly precarious labor conditions, not only in Ontario but across North America, as “People are working longer, jobs are less secure and benefits are not the same as they used to be.”[xxvii] The need for basic income comes at a time when the current world order of labor insecurity and technological change is parallel to the self-regulating free market of the Industrial Revolution.[xxviii] In a period when corporations are only concerned with highest short term return on investments, and the government actively favors disinflation and deficit reduction at the expense of the middle class, the need for a social security net that works for everyone is more imperative than ever before. Basic income is a capable alternative to the inefficiency of the current welfare state, “unless we are willing to undo globalization,”[xxix] traditional welfare programs will not be adequate. Regardless of the complexity behind implementing a fair basic income, it is essential to advocate for basic income in the 21st century as a viable alternative: tackling endemic job insecurity and inefficiencies within the current welfare system.

[i] Anna Brown, “Key Findings About the American Workforce and the Changing Job Markett,” Pew Research Center, October 6, 2016, http://www.pewresearch.org/fact-tank/2016/10/06/key-findings-about-the-american-workforce-and-the-changing-job-market/. A 2016 Pew Research Center survey found that 63 percent of U.S adults said they had less job security today than they did 20 or 30 years ago.

[xiv] Robert A., Cummins, “Personal Income and Subjective Well-Being: A Review,” Journal of Happiness Studies 1, no. 2 (2000): 133-158. Subjective-Well Being (SWB) “[is] the aggregate of satisfaction across a number of life domains (subjective quality of life) or as a single gestalt response to a question regarding life as a whole […] can also be measured as a composite of several items, such as from the Positive and Negative Affect Scale.” Study found a curvilinear relationship between income and subjective wellbeing (SWB), with an average correlation coefficient of 0.257 or 6.6 percent of variance.

[xvi] Revenue Neutral Basic Income: Taxation and expenditure of basic income with no effect on the surplus or deficit of a national fiscal budget.