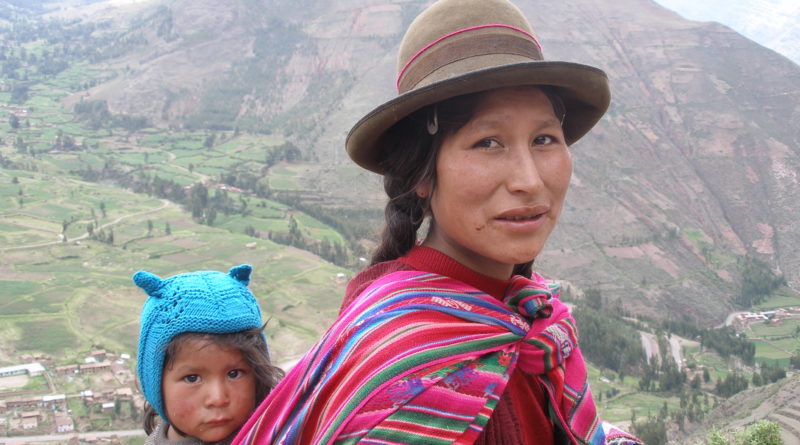 On June 28, Peruvian Public Prosecutor, Marcelita Gutiérrez, announced that the former Peruvian President Alberto Fujimori and his three health ministers were not responsible for the past state policies of mass forced sterilizations.[1]

A Brief History of the Mass Sterilizations in Peru

Forced sterilizations in Peru started as a means to reduce poverty within the country.[2] Between 260,000 and 350,000 people, most of whom were poor, indigenous women, were subjected to forced sterilizations between 1996 and 2000, under the administration of Alberto Fujimori. At least 18 women died as a consequence of poorly performed sterilization procedures.[3] Fujimori has claimed that the sterilizations were voluntary and consensual, but numerous testimonies against him and his administration have proven otherwise.[4] Prosecutors have examined more than 2,000 individual cases of forced sterilizations in Peru, which were performed with false promises of compensation, verbal threats, and physical restraint.[5] One of the known victims is Esperanza Huayama, an indigenous woman whose traumatizing experience was reported by various news media outlets. In 1995, she was coerced with the prospect of food and healthcare by Peruvian Health Ministry workers. Once brought to the local clinic, she was anaesthetized, and woke up in a room full of crying women with their abdomens sewn after tubal ligation, as was her own.[6]

In 1999, five non-governmental human rights organizations brought the case María Mamérita Mestanza Chávez v. Peru to the Inter-American Commission on Human Rights (IAHCR).[7] [i] Mestanza was another woman who was forcibly sterilized and in fact, died a few days later due to lack of medication provided after the operation.[8] Following the case, the Peruvian government not only agreed with the IAHCR to compensate Mestanza’s family, but it also accepted  legal responsibility, and in 2003, opened investigations into sterilization cases.[9] This seeming victory for human rights organizations and the victims of sterilization did not last for long. The alleged investigations, apologies, and compensation did not reach the majority of the victims.

Responses from the Peruvian Government

After the heinous nature of the mass sterilizations came to light, Keiko Fujimori, the daughter of Alberto Fujimori and former presidential candidate of Peru, claimed that medical practitioners, not the Fujimori administration, were to blame for the sterilization campaign.[10] However, La República, a Peruvian newspaper, reported in October 2015 that three doctors disclosed the official documents from the Fujimori government, which ordered hundreds of patients to be sterilized.[11] One of the doctors, Dr. Rogelio Del Carmen, stated that he was required to sterilize 250 patients in four days under less than adequate conditions, and he referred to the order as “an offence to the dignity of women and doctors.”[12]*

Nearly two decades have passed since the sterilizations took place, and more than a decade has passed since Peru’s agreements with the IAHCR in 2003. Despite the resilient pursuit of justice by grassroots activists and human rights organizations, the country has yet to deliver an apology or compensation to the majority of the victims. In 2011, former president of Peru, Ollanta Humala, claimed during his presidential campaign that the forced sterilizations were “crimes against humanity” of which Peru should be ashamed.[13] During Humala’s presidency, a database of the victims was established but little has been done otherwise to address the impunity surrounding the issue.[14] Legal investigations that were first opened in 2003 have since been reopened twice in 2011 and 2014, but all of the appeals were ultimately rejected by the state.[15] The court justified its decisions by claiming that there was insufficient evidence to prove that the sterilizations were carried out systematically as part of state policy.[16] The court suggested instead that the medical practitioners should be prosecuted individually.[17]

How Long Will this Impunity Last?

The court’s argument that there is insufficient evidence is not valid. In fact, the country has witnessed more than 2,000 individual cases of forced sterilization, and medical practitioners have testified that they were ordered by the government to carry out these procedures. In the eyes of the international community and human rights organizations, such a policy was clearly a systematic violation of human rights committed by the Peruvian government. Marina Navarro, Executive Director of Amnesty International in Peru, stated that there is “solid evidence that the medical personnel [who] applied the family planning program were pressured to reach sterilization quotas [and] in many cases, the women did not give their free and informed consent” to this violation.[18] Mari Ysabel Cedano, the Director of Estudio para la Defensa de los Derechos de la Mujer (DEMUS), a Peruvian organization that has been fighting for the issue, stated that the doctors were required by the government to reach the mandated “quotas” of sterilizations.[19] In addition, according to Le Monde Diplomatique, there is also evidence that three health ministers reported the number of sterilized individuals directly to Alberto Fujimori on a monthly basis.[20] Therefore, the fact that the Peruvian government is trying to attribute the responsibility of these crimes against humanity to individual medical practitioners is simply preposterous.

The time is overdue for the Peruvian government to recognize the human rights travesty that went unaddressed for so long. The country should reopen the case to prosecute all of the human rights violators, including Alberto Fujimori and his health ministers, so they can formally apologize, compensate the victims, and ultimately, resolve one of the worst cases of impunity in Latin America.

[1] Collyns, Dan. “Women vow to fight on in Peru after Alberto Fujimori absolved over forced sterilisations.” The Guardian. Aug 3, 2016. https://www.theguardian.com/global-development/2016/aug/03/women-vow-to-fight-on-in-peru-after-fujimori-absolved-over-forced-sterilisations

[3] Ibid; Collyns, “Women vow to fight on in Peru after Alberto Fujimori absolved over forced sterilisations.”

[5] Tegel, Simeon. “Justice Might Just Be Possible in the Case of Mass Forced Sterilizations in Peru.” Vice News. Dec 18, 2015. https://news.vice.com/article/justice-might-just-be-possible-in-the-case-of-mass-forced-sterilizations-in-peru

[i] The five organizations are: Center of Reproductive Rights, the Association for Human Rights (APRODEH), the Center for Justice and International Law (CEJIL), Committee for Latin America and the Caribbean for the Defense of Women’s Rights (CLADEM), and Estudio para la Defensa de los Derechos de la Mujer (DEMUS).