Secretary-General Insulza Turns in Stellar Performance; May Save the Day for OAS.

With the second anniversary of the inaugural summit of the Community of Latin American and Caribbean States (CELAC) fast approaching, the formation of additional regional groupings that feature the exclusion of the United States and Canada from their rosters is becoming a permanent part of the hemisphere’s socio-political landscape. Developing countries around the world are speeding up the tempo of their inter-American diplomatic relationships with these new regional bodies, while the Organization of American States (OAS) – the one institution in which all hemispheric countries hold membership (Cuba has not reactivated its former suspended status) – appears to have restored a role for itself when it comes to dealing with all of the Latin American countries.

Despite the optimistic nature of this unfolding scenario, however, CELAC’s growing presence in the media in recent months has not gone unnoticed by the OAS’s high command. Just last month, Secretary-General José Miguel Insulza issued a press release in reference to CELAC, emphasizing the OAS’s willingness to “analyze the wide range of possibilities for cooperation between the two entities.” Isulza’s words get to the heart of what makes him a different kind of leader. He has played an undeniably deft role as a master strategist, tactician, and a high-minded and skillful ideologue at democracy’s doorstep. The Secretary-General is ideally suited for the task, and history is almost certain to be kind to him. 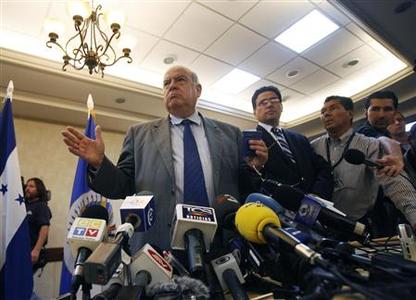 While many believe that newly-fledged organizations like CELAC contain an element of redundancy in their duplication of the work that the OAS already carries out, their respective proponents insist that these bodies can constructively modulate the U.S.’s still-considerable influence on regional policy. They argue that CELAC will ultimately facilitate an end to Washington’s officious historic dominance over the region via the OAS when need be, effectively accusing the U.S. of using the regional body as a deus-ex-machina to exert its ambitious agenda. The OAS’ questionable role in dealing with the ouster of Hait’s President Aristide, and the body’s timorous handling of the Honduran coup of 2009 exemplify this argument. In a speech given at CELAC’s inaugural summit on December 2, 2012, its host and Venezuela’s president, Hugo Chavez, observed that “As the years go by, CELAC is going to leave the old and worn-out OAS.” Even though this fate is not inevitable, President Chavez has maintained an unapologetic anti-U.S. agenda for CELAC since its inception, while other countries like Brazil have led the charge for a more substantive and comprehensive plan for the Latin American bloc. In recent days, President Dilma Roussef of Brazil has been leading the charge to develop closer economic cooperation as one of the effective responses to the various global financial and political crises, while at the same time advocating for CELAC to adopt a “democracy clause” that would consolidate and codify its democratic form and substance.

In a curious occurrence early in its history, the above organization’s inaugural summit was postponed due to the precarious nature of the state of President Chavez’s health. His flagging health immediately raised questions as to the viability and autonomy of CELAC, while leading the world to wonder about the continuing authority of Chavez’s power and influence within the organization and the region at large, and what effect his health might have on these factors. Although the episode may not necessarily be indicative of either the degree of influence or the authority that CELAC effectively wields in the region, it is nonetheless likely to have an impact upon both, as well as on the degree to which other organizations (including the OAS) and regional governments will come to regard CELAC, and the degree of professional respect it will be afforded. It is becoming less and less likely that the OAS will further decline in influence as a result of an exuberant CELAC, especially given the formation of other regional groups with impressive, if perhaps overly-ambitious mandates. Not all of these relatively new Pan-American bodies are as fervently fixated on the exclusion of the United States, or as determined when it comes to rhetorically denouncing the OAS, as CELAC quite apparently is. As a contrasting example, UNASUR, the relatively new 12-member regional customs and economic body, has put in place a substantial number of administrative steps towards regional infrastructure development. Currently proposed projects include a fiber-optic underground internet cable network, an enhanced cooperative regional counter-drug agency, and a possible future inter-state space agency.

So far, CELAC could evolve into being little more than an ephemeral body habitually referred to in the third person. This does not mean, however, that the OAS – a more than century-old regional organization – must choose not to willingly do battle with the upstart group to preserve the hemispheric influence that it has built over the decades, brick by brick. Along with its currently-threatened position, the OAS has had to endure a certain regional stigma for being misguidedly identified as being anti-Chavez, when this was clearly not the case. While an argument can be made that urges the OAS’ demise, it is not because it hasn’t done right by Venezuela. What it does mean is that the OAS’s main threat is not likely to be the organization that lists among its members all thirty-three Pan-American states (besides the U.S. and Canada), but rather a much smaller South American economic and customs union, UNASUR. In the practical realm, an international body that is firmly focused on tackling tangible problems facing the region and actively pursuing sensible solutions is much more likely to undermine OAS than one specifically founded to eliminate external influence which threatens the political autonomy of the region – both real and imagined.