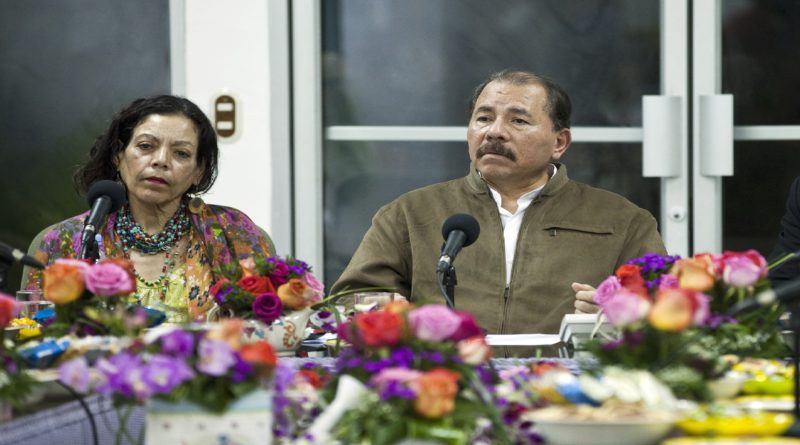 On June 2, 2017, the Nicaraguan legislature received from Daniel Ortega’s government a set of proposals to alter the current criminal law.[i] These reforms proposed the formation of new special courts, without juries, headed by Ortega-approved judges.[ii] These reforms appear to be aimed at fighting more aggravated and violent crimes, but could be utilized by Ortega to mollify his political opponents. These proposed reforms furthermore restrict the legal definition of femicide, which is a detriment to the rights of Nicaraguan women.

The government states that this legislation, in which only a judge tries the case in the absence of a jury, will create better judicial outcomes for victims of femicide or parricide by increasing convictions.[iii] The argument for such a reform is that juries are often too sympathetic and acquit too readily. Of course, while perpetrators of acts of violence must be punished, to do so without a jury is a concerning violation of human rights.

During Ortega’s presidency, there have been numerous infringements and set-backs to democracy. In 2010, the Ortega-led Sandinista National Liberation Front, added Sandinista judges to the Supreme Court, halted salaries for opposition judges, and fired opposition party staff.[iv] Additionally, Ortega, through the use of presidential decrees, created longer terms for Supreme Court judges, citing “stability” as the reason.[v] In June 2016, Nicaragua’s Supreme Court removed 16 congressmen, none of whom belonged to Ortega’s political party.[vi] The impartiality of the judicial branch and separation of powers have already been significantly compromised by Ortega’s incessantly authoritarian executive branch. These reforms will likely continue this trend into the future.

The most recently proposed reforms narrow the definition of femicide which has left many defenders of women’s rights outraged. Although instances of aggravated rape, child sexual abuse, or femicide will potentially receive longer sentences under these reforms, Ortega’s reforms will only consider the murder of a woman a femicide, with the accompanying higher penalty, if an intimate relationship exists between the victim and the perpetrator.[vii] For the Autonomous Movement of Women (Movimiento Autónomo de Mujeres), this law will do nothing to address the phenomenon of femicides and other forms of violence against women, and only narrows the legal scope of protection.[viii]

In 2012, Nicaraguan feminists were able to bring to fruition Law 779, which increased legal understanding of violence against women as an issue of inequality, inclusive of “economic and psychological violence.”[ix] However, this law was poorly enforced, lacked government funding, and eventually its legal standing was diminished by Ortega.[x] Ortega’s government, for instance, emphasizes maintaining the family, and he has altered Law 779 to allow for mediation, rather than criminal charges, in many cases of domestic violence.[xi] Unfortunately, women are not finding support in their home communities, and investigative services for crimes against women are frequently disbanded and ineffective.[xii] Reports of domestic violence and sexual abuse were 24 percent lower in 2015 from the previous year and psychological violence 42 percent lower.[xiii] These statistics suggest that women are more fearful than before to report instances of abuse. Amnesty International reports that Nicaragua has a strong stigma against survivors of sexual violence, making it harder for victims to report and find necessary help.[xiv]  Rather than improvements in female empowerment that would likely increase the volume of reporting of gender-based violence, Nicaragua women are losing protections and rights, causing their safety to be increasingly at risk. This new legislation is meant to be a direct reform to Law 779, but is just another disappointment for Nicaraguan women.[xv]

The definition set by this newly proposed law requires proof of relationship between victim and perpetrator, which requires documentation and could often prove difficult for the woman’s family to establish. This definition also ignores that violence against women is a widespread problem, that women are often targeted for their gender, and that femicides do not only occur in intimate relationships. For the #NiUnaMenos movement that has been demonstrating against femicide, longer prison sentences are not the solution to end the violence.[xvi] Women’s rights activists believe improved education and promotion of equality will go further in the long run.[xvii]

These reforms may assist in securing more convictions for murderers, but may also provide leeway to remove juries in other cases. While advertised as beneficial to women and children in Nicaragua, the legislation may be used to quell political unrest. Human rights activists are concerned that these new judges will have political leanings consistent with Ortega’s party, creating partisan outcomes.[xviii] These reforms will also allow crimes to be tried in the nation’s capital, rather than in the original jurisdiction.[xix]   There is no way to know what crimes the government will choose to try in the capital with Sandinista sympathetic judges. These new reforms both fail to tangibly help women and might more likely than not become tools used to persecute political opponents of Ortega’s Sandinista government.

While Ortega remains in power, with his vice president his wife Rosario Murillo, Nicaraguan women may have little hope for true advancement of their rights. Ortega himself is accused of sexual abuse. His stepdaughter Zoilamérica Narváez Murillo maintains he abused her from childhood onward.[xx] Nevertheless, Narváez Murillo’s mother, Rosario Murillo, remains married to Ortega, and has been outspoken in shunning her daughter after these claims of sexual abuse were made.[xxi] Murillo, the self-proclaimed Communications Minister, dominates political discourse in Nicaragua.[xxii] Murillo’s rise has been widely spotlighted in connection to her suppression of her daughter’s claims.[xxiii] Murillo came into the limelight in 1998 when Zoilamérica’s accusations first arose and she has remained highly vocal in standing firmly by her husband ever since.[xxiv] In choosing her husband over her daughter, she captured Ortega’s loyalty, propelling her own political career forward. She is the woman who holds the highest office in government, but no willingness or credibility to support women in Nicaragua.

Ortega’s recent legal reforms are inadequate, particularly given the larger context of women’s oppression in Nicaragua. Femicides should not be confined solely to relationship abuse. While the government may claim to improve the problem of violence against women, more substantive protections and attempts to alter the stigma should be given priority. These proposed reforms are more likely maneuvers which the Ortega government hopes to utilize in order to continue to rule this authoritarian “democracy.”