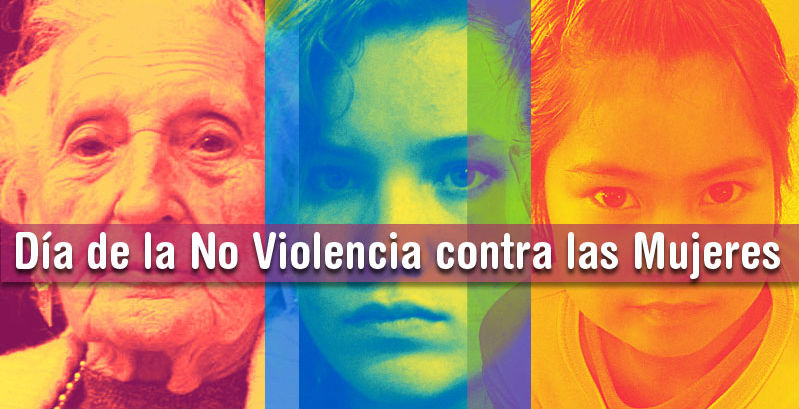 Argentina has made far greater progress in terms of gender equality in the past decade than most of its neighbors. The South American country boasts a strong commitment to equal rights for both genders under law, has elected a female president, Cristina Fernández de Kirchner, and currently has more women than men attending the country’s universities. Despite this progress, gender violence is becoming an increasing problem in the country. The escalation of gender violence attacks and cases of femicide— the homicide directed against a woman directly motivated by gender—have awakened Argentina’s citizens to the point where changes are now being demanded. On June 3, an estimated 300,000-500,000 protestors marched the streets of Buenos Aires carrying signs with the motto “Ni una menos” (“Not one more”), protesting the femicide and violence in their country.[1] In the aftermath of a series of brutal killings, Argentina’s gender violence is finally being illuminated.

Ni Una Menos – The Truth about Femicides in Argentina

On April 15 in the central city of Córdoba, María Eugenia Lancetti was stabbed to death in front of her kindergarten class by her husband. On May 11 in Santa Fe, 14-year-old Chiara Páez was beaten to death and buried by her 16-year-old boyfriend and four of his relatives after she revealed her pregnancy.[2] These recent acts of violence against women sparked the anti-femicide Ni Una Menos campaign throughout Argentina. The protesters who filled the streets of Buenos Aires on June 3 consisted of a wide range of men and women who were predominately young students and workers. Individual protestors were joined by feminists along with student, labor, community, and other social organizations and marched in support of cracking down on murder and violence against women. Aside from the campaign’s slogan “Ni Una Menos,” protestors held signs with sayings such as “Let’s stop raising helpless princesses and violent little men” and “If you love us don’t beat us, don’t rape us, don’t kill us.”[3]

Public figures joined the march and protested alongside other citizens, including Florencio Randazzo (Minister of the Interior and Transport) and Augustín Rossi (Minister of Defense). Dulce Granados, a deputy in the National Assembly and the wife of the Buenos Aires Province Minister of Security, marched surrounded by signs brandishing her own name. Argentine celebrities such as designer Roberto Piazza, actresses Andrea Bonelli and Alejandra Darín, and actors Gonzalo Heredia and Arturo Bonín also joined in the ranks.[4] In addition to the onsite protestors, Argentine soccer star Lionel Messi and President Kirchner showed their support on social media. Messi posted on Facebook, “Stop femicide. From Barcelona we join today all Argentines #NiUnaMenos to shout out loud,” while Kirchner tweeted in support of the protest.[5]

Argentine Femicides by the Numbers

In 2012, Kirchner amended her National Plan of Action for the Prevention and Eradication Assistance of Violence Against Women to include lifetime imprisonment for femicide.[8] This amendment was added to the 2008 law, which establishes penalties for domestic violence, in hopes of decreasing the rapid increase in femicides in Argentina. However, the law has yet to come into full force, and perhaps as a result, the number of femicides in the country continues to grow. In 2008, Kirchner’s second year of her first term, one femicide was committed every 40 hours. As of 2014, one femicide takes place every 30 hours, culminating in a total of 277 femicides that year.[9]

Currently, Argentina does not have official statistics on femicide cases. La Casa del Encuentro (The Meeting House), a non-governmental organization located in Buenos Aires, has developed a detailed factual report on Argentine femicides, the Adriana Marisel Zambrano Observatory on Femicides. This report published data from 2008-2013, although some data from 2014 does exist. Between the seven years the report studied, 1,236 gender related murders of women were reported. Records also show that during that six-year period, 124 of the femicide victims were adolescents between the ages 13 and 18.[10] These numbers suggest a strong possibility of representing a strong under estimation, as many femicide reports do not include the victim’s age. The World Health Organization reported that three in ten adolescent girls are victims of physical abuse by their boyfriends. Fabiana Túñez, executive director of La Casa del Encuentro, stated that half of femicides are accompanied by sexual abuse, while the other half were linked to violence among couples.[11] Argentina’s machismo culture motivates the ongoing numbers of femicides and gender violence in the country. In response to the Ni Una Menos campaign, Túñez alleged, “This mobilization has concrete proposals.”[12]

How does Argentina Compare?

The Ni Una Menos campaign swept Latin American countries by storm, largely because other Latin Americans could easily relate to the strife women are facing against gender violence. Femicides are not unique to Argentina; across the world women are being similarly brutalized. The Economic Commission for Latin America reported 2014 femicide numbers in Latin American countries as follows: 88 women in Colombia; 83 in Peru; 71 in the Dominican Republic; 46 in El Salvador; 25 in Uruguay; 20 in Paraguay, 17 in Guatemala, and 16 in Chile.[13] Brazilian femicides take the top standing in South America, with Brazilian President Dilma Rousseff, herself, stating, “We know that 15 women die every day in Brazil just because they are women.”[14]

Unlike Argentina, many countries in Latin America have implemented strong laws against femicide. Rousseff’s administration recently implemented a zero-tolerance law including femicide, known as the Maria da Penha law. Ecuadorian law punishes perpetrators of femicide with up to 26 years in prison, while Costa Rica’s law gives criminals up to 35 years. Femicide rates have decreased in each country since strict laws have been passed. Having seen the results, Uruguay is preparing its own femicide criminalization bill.[15]

The United States does not officially track femicides. In fact, the U.S. has yet to accept the term ‘femicide,’ instead referring to gender-related deaths as female homicides. The Bureau of Justice Statistics reported that in 2007, 64 percent of women murdered in the United States were the victims of domestic violence.[16] Statistics on U.S. female homicides mostly center on domestic violence as opposed to gender violence. According to the Center for American Progress, between 2001 and 2012, 6,410 women in the United States were murdered by their intimate partner by involving the use of a gun.[17] Anti-gun supporters have linked domestic violence fatalities to the access of guns in the homes. The gun-control advocacy nonprofit Violence Policy Center estimated that 1,706 U.S. women were killed by men in 2012 alone.[18] In addition, unlike Argentina and other Latin American countries, the United States does not have specific legislation that criminalizes femicide.

Lewd comments, commonly known as cat-calls, are extremely common in the streets in Argentina and are a major contributor to gender violence in the country. Piropos, the Argentinian term for this form of sexual harassment, are rude, sexual comments made from men towards women as they walk down the street.[19] On April 2, Buenos Aires native Aixa Rizzo posted a YouTube video explaining her most recent sexual harassment in the form of piropos. Within two months, the video went viral, having gained over 500,000 views to date.[20] The 20-year-old reported that for one month, each time she walked out of her apartment building, she would receive sexually pejorative comments from electricians working on a project on her street. The remarks escalated quickly, starting as under the breath whispers, transitioning to whistles and applause, then to sexual fantasies, until one day three men followed her down the street saying “Where should we take her?”[21] In defense, Rizzo turned around and sprayed the men with pepper spray. In the video, Rizzo adds how she went to the police to file a report, but was told that the men had not committed a crime; the men could only be charged if they had touched her.[22]

Rizzo’s video has drawn attention to lewd comments in Argentina. A survey of Argentine women by the Universidad Abierta Interamericana revealed that 90 percent of women have received piropos while walking down the street, and that 60 percent of these women are intimidated by the men responsible for the comment.[23] This intimidation results in the perpetuation of silence by Argentine women. When asked about their reactions when sexually harassed by commenters on the street, 76.2 percent responded that they do nothing in response to lewd comments. Remarkably, almost 50 percent of women surveyed revealed that when they see a large group of men on the street, they tend to cross the street, and 42.9 percent admitted that they feel fear while walking by themselves. [24]

A major issue of lewd comments is that majority of men believe that women are flattered by their sexual comments. Despite their negative connotations, piropos can be seen as a sort of pick-up line or a compliment to some Argentinians. Over 50 percent of men surveyed believe that women like to hear their piropos.[25] Presidential candidate and Buenos Aires’ former mayor Mauricio Macri apologized to the public after referring to piropos as complimentary, stating, “deep down, all women like to receive a piropo, even if it’s rude, like ‘what a nice ass you’ve got.’”[26]

President Kirchner, however, has taken a strong stand against piropos, referring to them as vile and linking them with the high incidence of femicide in Argentina over Twitter last week.[27] In addition, Congresswoman Victoria Donda has proposed a bill to punish sexual harassment in public areas. In reference to sexual street harassment, Donda stated, “Lewd comments are just the tip of the iceberg that manifests itself in domestic violence.”[28] If approved, the Donda Bill will be the second South American piece of legislation against sexual harassment and lewd comments. On March 26, Peru enacted a law to prevent and punish sexual harassment with penalties of up to 12 years in prison.[29] The Donda Bill will be similar in nature. The contents of the bill ensure that perpetrators could be fined up to $775 USD and proposes that an annual “National Week against Street Harassment” be initiated.[30] In addition, the bill will fund school and workplace programs to raise awareness and educate both boys and girls on sexual abuse and harassment.[31]

Many fear that a law against lewd comments would not be successfully implemented or would target harmless citizens. Specifically, the law would protect anyone who identifies as a woman from sexual harassment. Each report would be brought before a judge and then punishment would be administered. Moreover, the law will only combat aggressive sexual remarks, and not actual compliments about hair or clothes.[32] When discussing her own bill, Donda claimed, “This project is a way to draw attention to the issue of gender violence. Sexual abuse is violence. The purpose of the bill is to kick off a cultural shift, so that women will no longer be objectified.”[33]

Newfound attention toward femicides and sexual harassment has highlighted the cultural disparities that Argentina faces in terms of gender violence. Argentine women have been speaking up, and the legislature is finally beginning to listen. Through education and changing cultural norms, gender equality in Argentina could progress even further than it has in recent weeks.