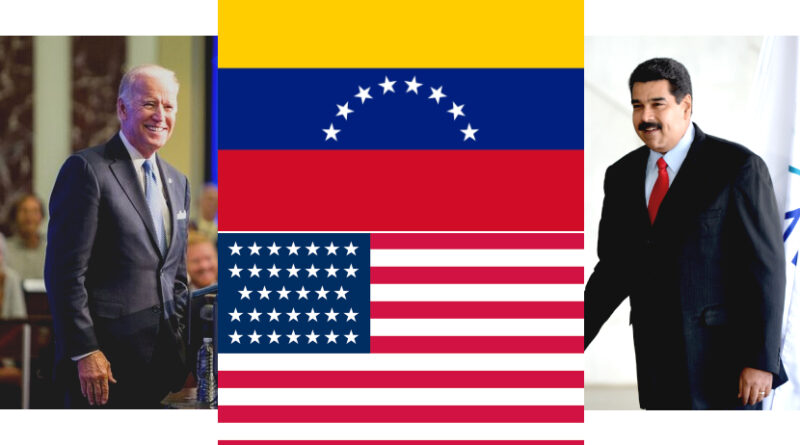 Venezuela is a nation of people who fight battles even though they have no weapons, who triumph despite setbacks, who organize themselves in disasters,  who exalt in the face of terror, who are offended by feigned or real clemency, and for whom there is no chance that their purpose can be twisted or diluted, because they do not lend themselves to anything other than the triumph of the revolution as they want it: absolute and radical.

Inviting Carlos Vecchio, the emissary of self-proclaimed “president” of Venezuela, Juan Guaidó, to the inauguration of the Biden-Harris administration,  seems to indicate a continuation of Washington’s failed policy of trying to force regime change on this South American nation through economic warfare, threats of direct military intervention, and the financing of an unelected shadow government. Moreover, Joe Biden’s nominee for Secretary of State, Antony Blinken, endorsed the basic argument of Republican Senator Marco Rubio’s hard line on Venezuela during his confirmation hearing in the Senate. Continued support for Guaidó and the imposition of crippling sanctions during a pandemic, however, have become politically and economically untenable. It is time for Washington to change course and begin the process of rapprochement with Venezuela.

The Guaidó option is exhausted

In January 2019, a little known Venezuelan legislator, Juan Guaidó, was made the self-proclaimed leader of a shadow government that has, in large part, been funded by USAID. Yet, he has never run for president, and as of January 5, 2021 he no longer holds political office. What started out as a coalition of some 50 countries recognizing Guaidó is now disintegrating. The European Union no longer recognizes him as interim president of Venezuela. And even some of his former right wing allies have parted ways and are presently calling for an investigation of his mismanagement of tens of millions of dollars in Venezuelan assets confiscated by U.S. authorities. Meanwhile, the more moderate opposition parties have realized there is no political future for those who have been lobbying foreign powers to deploy ever more deadly economic warfare against their own country.

Despite a slick public relations and social media campaign waged on behalf of the auto-proclamado (self-proclaimed “president”), it is the constitutional President, Nicolás Maduro, who occupies the Venezuelan seat at the United Nations and the office of the President in Miraflores Palace. And after backing failed coup attempts, paramilitary attacks, and ever more punishing U.S. sanctions against his own country, Guaidó has become a widely despised figure inside Venezuela where the majority insist on their national independence.

Sanctions kill, and they kill the most vulnerable Venezuelans who are often unable to obtain urgently needed medicines, fuel, food, and other vital goods made scarce by the U.S. blockade. A paper by the Center for Economic and Policy Research (CEPR) found that “the impact of these sanctions has not been on the government but on the civilian population.”  Alfred de Zayas, former United Nations Independent Expert on the Promotion of a Democratic and Equitable International Order, has argued that U.S. sanctions “constitute a crime against humanity, especially because they are intentional, sadistic, their objective being to create suffering.”

The Maduro government has tried to ameliorate the hardship through a community food distribution program (called CLAP) and by importing fuel from Iran. But the difficulties have been multiplied by the pandemic. This is obviously a time when international cooperation, not economic warfare, is a universal and urgent moral imperative. As the president of Venezuela’s National Assembly, Jorge Rodríguez, points out, sanctions are now preventing the import of vaccines: “Venezuela requested the release of funds frozen abroad and Guaidó has prevented the release of funds to pay for 3.6 million doses of COVID-19 vaccines. With all the funds they have blocked, we could buy all the vaccines needed for the country.”

It is no surprise then, that polls in Venezuela conducted by the social research firm Hinterlaces, show that the large majority of Venezuelans, regardless of political orientation, oppose economic warfare against their country as well as foreign military intervention, and support a U.S.-Venezuela dialogue. This helps explain why, instead of backing Guaidó, most of the major opposition parties which participated in last December’s legislative elections in Venezuela campaigned on a platform opposed to sanctions and foreign intervention and, despite their antipathy for Chavismo, in favor of dialogue with the government.

President Maduro has made it clear that Venezuela is ready to increase foreign investment as part of the strategy for dealing with the economic crisis, and that the door is open for rapprochement with the United States. On January 23, as thousands celebrated in the streets of Caracas the 63rd anniversary of a popular uprising against the dictatorship of Marco Pérez Jiménez (1958), Maduro reached out to the Biden administration, stating: “the Bolivarian government and the Bolivarian forces of Venezuela are ready to pursue a new path of relations with the government of President Joe Biden, on the basis of mutual respect, dialogue, communication and understanding on topics of interest to both nations.”

The Biden administration ought to take up Maduro’s overture as an opportunity to reset U.S. relations with Venezuela. This change of course can start immediately by ending the economic war and using the tools of diplomacy, rather than coercion, to engage with the Bolivarian Republic. This would be consistent with Biden’s first national security directive which includes a provision to address the negative impact of U.S. sanctions during times of pandemic. It could also mark the beginning of a shift away from  application of the obsolete Monroe Doctrine and pivot to a post colonial foreign policy.

Translations from Spanish to English are by the authors and are unofficial.

William Camacaro, Caracas Frederick Mills, Washington DC “It is no longer possible, in the case of America, to continue with