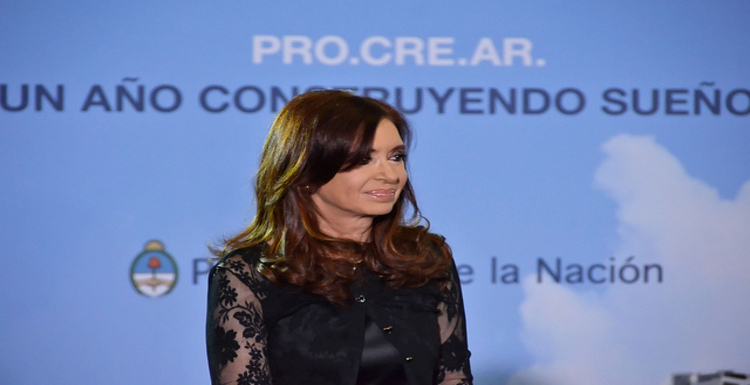 President Cristina Fernández de Kirchner asked Argentina’s congress to restructure completely the nation’s intelligence service and on February 26 both houses passed the bill, authorizing the country’s new Federal Intelligence Agency. This comes after weeks of speculation, suspicion and protests over the unexplained and unsolved death of federal prosecutor, Alberto Nisman, who was about to testify against the president, accusing her and foreign minister, Héctor Timerman, of covering up their dealings with the Iranian government regarding the 1994 bombing of the Asociación Mutual Israelita Argentina (AMIA), Argentina’s principal Jewish community center in downtown Buenos Aires that left 85 dead and hundreds injured. It was the most serious case of terrorism in Argentina’s history, and raised concerns about safety among the country’s nearly 250,000 Jewish residents. Nisman’s 300 page indictment charged that Kirchner’s creation in 2013 of a Truth Commission to investigate the AMIA bombing was an attempt to end the investigation so that the government could obtain badly-needed Iranian oil. So far, there is no proof of such collusion and Kirchner’s administration vehemently responded that there was no cover-up and no attempt to derail the investigation. Federal judges Ariel Lijo and Daniel Rafecas refused to proceed with the indictment. On March 4 a federal prosecutor now heading the investigation of cover-up appealed that decision. On March 6 the Argentine government took out a full-page “legal notice” in the Washington Post to explain its position. Nevertheless, there is more than a little confusion about Nisman’s death as well as anger and frustration that the government cannot resolve the mystery.

President Kirchner’s reaction to Nisman’s death has been inconsistent. At first she publically stated that she believed Nisman committed suicide. Then, a few days later, she announced that she believed he was murdered in a plot against her. Meanwhile, the investigation of Nisman’s death has not produced a definitive explanation and conspiracy theories still abound. Protest marches and demonstrations ensued with angry Argentines banging pots and holding up signs saying, “I am Nisman.”

The issue underlying the recent chaos and confusion is the widespread mistrust of the Argentine government over the still unresolved bombings of the AMIA and the Israeli embassy in 1992 that killed 29 and injured 250. Many Argentines do not trust their president to proceed with transparency in the investigation, just as they did not trust her earlier economic policies, in which she threatened to jail any economist who reported correct inflation figures. On the other hand, many Argentines do agree with their president about the so-called “Vulture Funds” that threatened to undo a carefully negotiated debt restructuring plan. Recently the hedge funds agreed to negotiate with the Argentine government, but the ongoing conflict has depressed the economy and created uncertainty. Kirchner has less than one year left in her term and cannot be re-elected for a third consecutive term. She has become the objectification of all that is wrong in Argentina at present.

The national intelligence service is a case in point. President Juan D. Perón created the agency in 1946 in order to bring the state and military intelligence agencies under one organization to handle both internal and external intelligence-gathering bodies. Originally called Coordinación de Informaciones de Estado, Coordination of State Information (CIDE), its name was changed to Secretaría de Informaciones de Estado, Secretariat of State Information (SIDE) in 1956 after the Liberating Revolution staged by the military to oust Perón. During the period of military rule (1976-1983) and the “Dirty War” in which Argentina’s military government murdered members of the opposition as well as thousands of union leaders and students, SIDE was responsible for identifying those deemed to be enemies of the regime. Renamed Secretaría de Inteligencia de Estado in 1976 by General Ongania, the agency focused more on rooting out subversives within Argentina than on international issues. “Operación Condor” was a cooperative effort between Argentina’s SIDE and the intelligence services in Brazil and Chile, which were also under military dictatorships at the time. Its focus was identifying enemies of these Southern Cone military regimes and returning them for prosecution. After the end of Argentina’s military regime in 1983 the agency continued to operate, but with a greater focus on national security rather than internal issues. In 2001 the agency was reorganized with a number of agents removed and others suspected of perpetrating human rights abuses. In 2003 Nestor Kirchner ordered a crackdown on illegal wiretaps undertaken by the agency.

Despite the attempts at reform, Argentina’s intelligence agency has struggled to gain respect and support from the country’s citizens. The inability of the agency to apprehend the perpetrators of the 1992 bombing of the Israeli embassy in Buenos Aires and the 1994 community center bombing angered many Argentines. Twelve Argentines were accused of assisting the suicide bomber in the AMIA attack, but acquitted. Carlos Menem, president of Argentina at the time, was accused in 2012 of destroying evidence that might have incriminated him. He was later found guilty of arms smuggling, but had immunity as a sitting senator and has appealed the case to the country’s Supreme Court. Nisman brought evidence to show that the Iranian-supported Hezbollah carried out the bombings, and identified a 21-year-old, Lebanese citizen Ibrahim Hussein Berro as the suicide bomber. Nevertheless, no arrests have been made. President Kirchner blamed rogue agents within the agency for providing information to Nisman about her involvement in a cover-up to discredit her administration politically, and asked congress to dissolve the intelligence agency.

The new Federal Intelligence Agency provides Kirchner with the opportunity to purge the organization of those she mistrusts or who are inept. But a new name for the intelligence service will do little to restore trust in her sinking administration. Despite Kirchner’s claim to the legacy of Perón and the Peronist (Justicialist) Party, it is unclear whether or not she will have any influence in the upcoming presidential elections scheduled for October 25, 2015. Many Argentines just want her gone.

The demonstrations, the accusations, the economic chaos, the suicide or murder of Nisman and the ineptitude of the intelligence agency in tracking down those responsible for Argentina’s worst case of terrorism are all related to Argentines’ feelings of anger and frustration over Kirchner’s administration and a desire for new leadership to replace her.