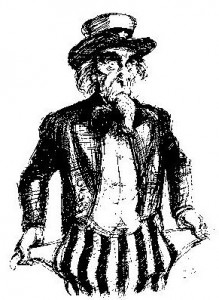 There is a long-held perception that Latin America is a region eternally saddled by mounds of debt. Since independence, its countries have defaulted on their public debt payments to foreign creditors a total of 126 times, more than all countries in the rest of the world (112) combined. For centuries, Latin American nations were subject to constant foreign criticism and even military and monetary intervention, for their inability to control a mass of perpetual debt. They learned how to control their debt the hard way – through severe austerity measures enacted during the 1990s at the behest of the U.S. and the International Monetary Fund (IMF). While lower and middle class Latin Americans suffered the brunt of what became known as the Washington Consensus, the reforms served as a wakeup call to control debt or risk another restructuring program. Over the last decade, Latin America has successfully managed its debt, reducing both its size relative to GDP and balancing its composition. Today, the debt dynamic between the U.S. and Latin America have completely reversed. With all eyes fixed on the massive liabilities smothering the U.S., it is the fiscal responsibility of the North that has been called into question.

A Scolding for the Centuries

Historically, the U.S. has responded to much of the strife in Latin America like a parent scolding an irresponsible child. In the past, Washington employed coercive force to establish a sense of discipline, going so far as to occupy its southern neighbors militarily for what Teddy Roosevelt once referred to as “flagrant cases of…wrongdoing or impotence.” During one extreme instance, the U.S. invaded the Dominican Republic and took direct control its custom house, siphoning revenues from its exports as payment for the nation’s debt owed to European creditors.

In more recent decades, the U.S. has acted through international institutions, such as the IMF, to compel Latin American countries into accepting massive macroeconomic reforms believed to better control debt, inflation, and public spending. While the fiscal crises that exploded throughout the region during the 1980s warranted serious efforts to reduce inefficient spending, the austerity measures actually implemented ultimately gutted social services, destroyed the competitiveness of local businesses, and created an environment of corruption. Essentially, these reforms butchered the Latin American middle class and cast many of the poor into a life of homelessness.

Every day, flickering numbers on a virtual clock record U.S. public debt and its ominous ascent. USD 14,605,244,923,562 and counting – a mounting pile of numbers that threatens to burst through an arbitrary ceiling pushed sporadically upward through a series of last minute political compromises. Back in 2003, U.S. debt was just 60 percent of GDP. Now, this figure stands at 98.4 percent and when distributed over the entire population, amounts to USD 46,813 per citizen and USD 130,494 per tax payer.

Meanwhile, in Latin America as a whole, public debt as a percentage of GDP fell dramatically from 53 percent in 2003 to just 32 percent in 2008. Though external forces during the global recession caused this figure to jump to 36 percent in 2009, the region’s steady economic recovery is likely to increase government revenue, thereby stabilizing any potential rise in debt. According to a post on https://www.jacarandafinance.com.au/ – the forecast estimate for 2020 released by Deutsche Bank states that “public-debt-to-GDP ratios are expected to decline in Argentina, Brazil, Chile, Mexico and Peru, [and] to remain broadly unchanged in Colombia.” Should current conditions persist, the report projects a future free from the heavy burden of government debt for nearly every major country in the region.

Emboldened by their new credentials, Latin American statesmen have lambasted the inability of the U.S. government to come up with viable solutions to the debt crisis. “When did the American dream become a nightmare?” chided Cristina Fernandez of Argentina, who hopes her country’s 2001 default on USD 100 billion in loans will remain nothing more than a distant memory. Furthermore, Evo Morales, whose nation’s 2010 budget posted a 3.7 percent surplus, went on to advise U.S. politicians that “if they didn’t spend money on military bases and keeping troops in other parts of the world…the United States could easily resolve its financial crisis.”

Beyond broad reductions in Latin American public debt as a percentage of GDP, its composition and structure has also changed significantly. Traditionally, the region has been known for exceedingly high levels of foreign debt as a percentage of total public debt. However, debt is now increasingly held domestically. In 2000, 50 percent of debt was held internally; today that figure stands at 63 percent for the region’s seven largest economies. Additionally, foreign currency makes up a significantly lower percentage of Latin American liabilities than in the region’s past. In 1997, 64 percent of the region’s total public debt was held in foreign currency (mostly dollars), now 63 percent exists in local currencies.

Less reliant on foreign creditors to finance public debt, Latin American countries are not as vulnerable to the effects of external credit crunches and crises. For example, Mexico’s 1982 default on its loans to U.S. bankers was the result of the vulnerability of its external debt to U.S. monetary policy. When the U.S. Federal Reserve raised the interest rate amid rising inflation, Mexico was unable to meet the more costly interest payments. Today, Latin American countries are less susceptible to the internal monetary policies of other nations.

As a new Latin America emerges, proudly free from the debt that burdened its past, the U.S. must now attempt to meet its own obligations for the future. Once wagging the world’s longest finger, the U.S. is finally facing the consequences of its own fiscal irresponsibility. We should learn a lesson from the socially destructive nature of those neoliberal reforms enacted in Latin America during the 1980s and 90s. It is important for our nation to properly balance tax increases and budget cuts with the competitiveness of our businesses while still keeping in mind the well-being of our people. The future growth of the U.S. depends upon both its obligations to creditors and society alike.

This is the fourth issue in a series exploring the concept of the New Latin America by focusing on recent developments that highlight how the present region contrasts with its past.