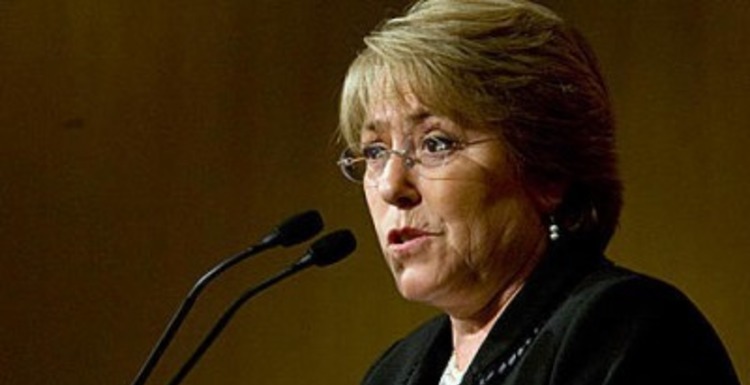 President of Chile Michelle Bachelet spoke at the Organization of American States (OAS) on Tuesday, July 1. She addressed the institution’s role in regional issues and emphasized the importance of multilateralism.

Her speech emphasized Chile’s support of and interests in the OAS and encouraged regional cooperation. She began the speech by highlighting the goals and values of the organization: democracy, justice, protection of human rights, security, and development. Bachelet also discussed the potential for the OAS to regain an important role in hemispheric issues.

For the most part, Bachelet’s remarks were not particularly surprising. Discussing multilateralism at the OAS was an obvious choice, as the organization has historically promoted U.S. interests [1]. Given that the purpose of Bachelet’s trip was to strengthen Chile’s relationship with the United States, a visit to the OAS both serves that purpose and provides Chile an opportunity to assert itself as a regional leader.

Next, Bachelet addressed Chile’s strengths and weaknesses compared to the rest of the region. In the past 20 years, they have strengthened their democratic institutions and experienced economic growth. She said her goals for Chile’s future—bettering wealth equality, increasing productivity and investment, reforming education, and improving democratic inclusion—are visions both she and the OAS have for the region as well.

While the Americas are incredibly diverse, she said the variance among nations could help solve common problems. As such, Bachelet emphasized the need for coordination and the potential opportunities for collaboration. She said the OAS could become a major player in fostering regional collaboration. However, a major challenge for the organization is the competition among other multilateral institutions, like CELAC and UNASUR. She suggested that the OAS ratify the “Strategic Vision of OAS,” a document outlining renewed goals proposed by Secretary General José Miguel Insulza last year. She also stated that a one-size-fits all formula was not a viable solution to achieve the aforementioned goals.

OAS Secretary General José Miguel Insulza is from Chile. Despite some awkward political tensions between Insulza and Bachelet following rumors that he might run for the presidency, Bachelet’s support a fellow countryman is important for building Chile’s hegemony within the region [2].

Bachelet further highlighted the need for a commitment to human rights and political inclusion, touching on the regional memory of military dictatorships and institutionalized violence. She emphasized the need of inclusion of traditionally oppressed groups, such as indigenous people, afro-descendants, women, and local communities. It is notable that she mentioned the rights of indigenous people, especially in light of accusations of Chile’s oppressive policies against the Mapuche people in the southern part of the country [3].

Bachelet also touched on other issues facing the region. Recognizing the importance of democracy and state sovereignty, she stated that she supports the actions of the OAS in the current conflict in Venezuela. She encourages dialogue between opposition groups and the Venezuelan government as an alternative to the sanctions proposed by the United States. She also expressed support for Argentina in its current financial standoff against foreign bondholders, noting the potential financial fallout in the rest of the region.

While the purpose of Bachelet’s visit was to strengthen U.S. ties with Chile, her comments about Venezuela and Argentina indicated a prioritization of regional interests. In June, the United States proposed that the OAS implement sanctions against Venezuela following the nation’s violent response to political protests. Like Bachelet, the OAS rejected the idea, favoring dialogue over international pressure [4]. This is significant for the United States, as it remains alone in its policy towards Venezuela.

Additionally, her support for Argentina condemns the U.S. court decision that threatens the sovereign debt restructuring process. The decision in the court case could take away agency of countries after they have defaulted on international debt. Rather than ignore these contentious concerns, Bachelet made clear that her priorities lie south of the equator. While the U.S.-Chile relations may be strengthening, the United States’ ability to influence Chile’s regional relations is limited.