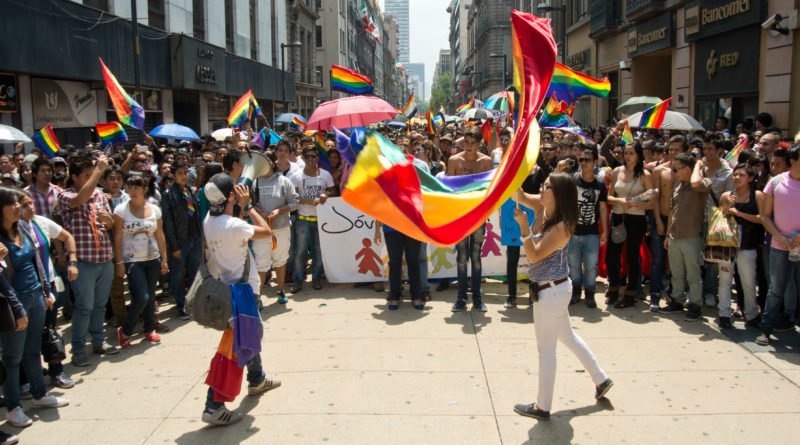 Mexico’s Supreme Court (Suprema Corte de Justicia de la Nación; SCJN) effectively legalized same-sex marriage when it declared this month that the laws of any Mexican state that consider the purpose of marriage as being “procreation and/or define it as being celebrated between a man and a woman are unconstitutional.”[1] After the ruling was announced, the Consejo Nacional para Prevenir la Discriminación (National Council to Prevent Discrimination) declared it as “a historical step in recognizing the rights of the sexual diversity community.”[2] Mexico is the fourth Latin American country to legalize same-sex marriage, behind Argentina, Uruguay, and Brazil.[3]

However, this ruling is not as straightforward as it seems. Gay couples will now be able to seek injunctions if they are unable to get married in their state. Indeed, this law does not strike down or change the state marriage laws that currently deny same-sex marriage. At this time, only Mexico City and the state of Coahuila have legalized same-sex marriage, in 2009 and 2014, respectively, and the state of Quintana Roo has permitted same-sex unions since 2012. That leaves 29 states that can potentially prevent gay couples from getting married, as civil registry authorities still have the ability to block same-sex marriage. This, according to José Luis Caballero, a constitutional scholar who spoke with The New York Times, will provoke economic discrimination, since gay couples lacking the means to appeal to the courts, which can cost $1,000 USD, will be denied. “What has to happen is that the state laws have to be reformed so that couples have the same rights and they don’t have to spend time and money,” he said.[4]

This decision by the SCJN reflects public opinion toward same-sex marriage and rights in Mexico. In 2013, 52 percent of Mexicans supported same-sex marriage, a dramatic increase from just 39 percent in December 2012. In addition, in 2013, 89 percent believed “homosexuals should be treated like anyone else,” according to Aljazeera.[5] This is surprising when one considers that Mexico is 83 percent Catholic and that the Catholic Church has firmly expressed its objections to this ruling. Eugenio Lira Rugarcía, secretary general of the Mexican bishops’ conference, said in an interview with The New York Times, “We reiterate our conviction, based on scientific, anthropological, philosophical, social and religious reasons, that the family, cell of society, is founded on the marriage of a man and a woman.”[6] Mexico’s right-wing Partido Acción Nacional (National Action Party; PAN) has resisted same-sex marriage legislation throughout the country. In 2013, Jalisco state attempted to legalize civil unions, and PAN congressional leader Gildardo Guerrero Torres described the bill as “an agenda pushed by the international gay lobby” that would end up “creating a cheap version of marriage by another name.”[7]

The results of this conservative ideology can be seen in the homophobia that still pervades Mexican society. Even Mexico City, which is considered a bastion of liberalism in the middle of a socially conservative country and “one of the most gay-friendly cities in the world,” has problems with homophobic discrimination and violence.[8] In 2013, the Los Angeles Times detailed one gay man’s run-in with police in Mexico City, in which the 31-year-old psychologist named Jonathan Zamora alleged he was beat up by police and jailed for hours.[9] In addition, in Mexico overall, the killing of gays and lesbians has actually increased over the years. Between 2001 and 2009, there were nearly 60 killings a year motivated by homophobia, compared to just 30 killings a year between 1995 and 2000.[10]

However, as public opinion regarding gay marriage illustrates, the conservative ideals of the Catholic Church and PAN, which have created a breeding ground for homophobic actions, are no longer as popular among Mexicans. Indeed, support for PAN is waning, as in the 2012 elections the party came in third place. It had previously governed Mexico since 2000. In addition, while 83 percent of Mexicans still identify as Catholic, this number is much lower than the 88 percent of Mexicans that identified as such in 2000.[11]

These changes give hope that acceptance of sexual minorities will only increase in Mexico, and this is reflected in the ruling by the SCJN this month. However, the fact that gay and lesbian citizens wishing to get married in most of the country still have to worry about appealing to the courts shows that there remains much to be done. Mexican legislatures need to pass their own laws making gay marriage legal, or the Court needs to supersede the current state marriage laws. Only then will Mexico provide true equality under the law.