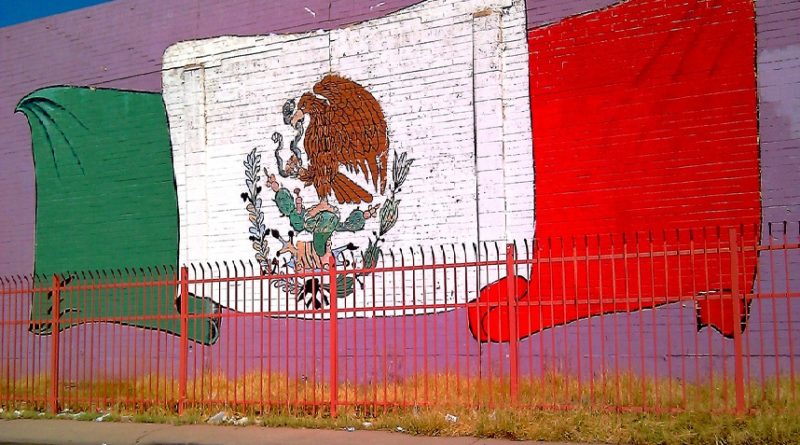 The PRI has been the hegemonic party in Mexican electoral politics ever since the advent of the Mexican Revolution when Plutarco Elías Calles and Emilio Portes Gil founded the National Revolution Party (Partido Nacional Revolucionario, PNR) in 1929. The current president of Mexico, Enrique Peña Nieto (2012-2018), who was previously governor of the State of Mexico, is the most prominent member of the PRI. While the PAN has held two presidencies before that of Peña Nieto (Vicente Fox, 2000-2006, and Felipe Calderón, 2006-2012) the PRI held power in the nation for a total of 71 years, from 1929 to 2000.[i] PRI representatives still hold the majority of positions as governors, in the state legislature and in local governments, even while corruption scandals have implicated numerous PRI governors.[ii][iii] For some, Mexico’s political system still projects a hegemonic party system, where one political party dominates.[iv]

The PAN was founded in 1939 and has served an oppositional role to the PRI in Mexican politics.  Despite holding the presidency from 2000 to 2012 the PAN has had few accomplishments to show for its tenure.[v]  During its rule, drug violence in the country peaked and reforms to the PRI’s previous economic policies were insufficient and perceived as a policy failure.[vi] The PAN is pro big business, a conservative organization, and is characteristically associated with the right in Mexico. The party drums up significant support among Catholic Mexicans.[vii]

The PRD arose from a split with the PRI in 1989. This was a response to the presidential election of 1988, in which computer-driven election results that had declared a PRI victory may not have been faithfully tabulated and deserved to be called into question.[viii] The PRD is especially relevant to the country’s Federal District, where it has maintained significant support. The PRD is associated with Mexico’s left, but some of its political clout has decreased with the rise of the National Regeneration Movement (Movimiento Regeneración Nacional), or MORENA, party.[ix]

MORENA is currently led by charismatic and leftist intellectual Andrés Manuel Lopez Obrador, who was the head of the Mexican Federal District from 2000 to 2005, as well as the PRD official presidential candidate in 2006 and 2012. In 2006 he lost the race by less than one percent, which brought on riots in Mexico’s capital city.[x] In 2012 Lopez Obrador lost again in a contentiously close recount to the PRI’s Peña Nieto.[xi] While MORENA was created before his loss as an extension of the PRD, the PRD chose to ally themselves with the PAN and the PRI in the Pacto México. Lopez Obrador opposed this alliance, and MORENA officially became a political party in 2014 after it was registered with the National Electoral Institute (Instituto Nacional Electoral, INE).

Lopez Obrador has denounced both the PAN and the PRD as operating under similar ideologies, an accusation that has some justification due to their common backing of the Pacto México, an agreement for fiscal, education, transparency, justice, and energy reforms.[xii] The Pacto México was agreed upon in 2012 by the PRI, the PAN and the PRD, and has always been controversial among the left. The PRD joined this agreement originally, but abandoned the pact in 2013.[xiii] Its opposition lies in its neoliberal constitution, as, for example, the agreement calls for the privatization of national oil resources.[xiv]

When this agreement was first proposed it created an opportunity for MORENA to take advantage of this open space on the left, as the PRD’s adoption was perceived as moving the party closer to center. PRD’s initial adoption allowed MORENA to insist that the three main political parties represented similar political and economic consensus and the same corrupt traditional elite. This provided a significant opportunity for MORENA to distance itself and mark itself clearly as an alternative option for constituents upset with the status quo.

The gains by MORENA have been significant. In Mexico’s Federal District, as a result of the 2015 elections, MORENA gained an impressive number of seats and currently holds the largest number of legislative seats, at 20.[xv] In comparison, the PRD holds 17, the PAN holds 10, and the PRI holds 8.[xvi] Even if the Federal District is an historical stronghold of the left, this shift is significant. It also registered as a shock for the PRD, which had controlled the Federal District since 1997. Evidently, MORENA cannot be ignored as a force in Mexican politics.

On May 20, 2017, the PAN and the PRD declared that they may present a coalition government to appear on the ballots of the 2018 presidential elections. [xvii] Should they win, this would be the first coalition to seize the Presidency in Mexico.[xviii] Still, there are ample concerns with how a coalition government would work and from which party the presidential candidate would hail from. These two parties have run in coalition for state government positions in the past. However, in multiple cases candidates running in a PAN-PRD coalition had previous associations with the PRI party, leaving some voters unconvinced that either party has distanced itself  significantly enough from the PRI’s ideological stance.[xix]

This coalition was proposed from the top, and after a press release issued by PAN leader Ricardo Anaya and PRD leader Alejandra Barrales, many from within both parties have expressed their disappointment.[xx] Each party’s voter base feels it should have been consulted before such an announcement.[xxi] Those who feel abandoned by the PAN or the PRD may choose to support MORENA in the upcoming presidential election.

The presidential election in Mexico will occur in July 2018. At the moment, things bode well for MORENA’s Lopez Obrador. In a recent poll reported by Bloomberg, MORENA’s Lopez Obrador is the front runner with 29-33 percent of potential votes, while the spouse of former PAN president Felipe Calderon, Zavala, is second at around 27-32 percent and the likely PRI candidate, Osorio Chong (current Interior Minister, a highly powerful position in Mexican government) polls around 20-27 percent.[xxii] The PRI may struggle in this election as voters have expressed discontent with Peña Nieto’s administration, whose approval ratings for May are a meager 19 percent. [xxiii] Under his leadership, 43 students went missing after police violently tried to break up a protest, sending shock waves throughout Mexico as citizens demanded to know what had happened.[xxiv] These students have not yet been found.  There were also allegations that Peña Nieto’s wife acquired her new house through government suppliers.[xxv] When the price of gas skyrocketed dramatically under new economic policies, Peña Nieto could no longer maintain face with the Mexican electorate.[xxvi]

Presidential re-election does not exist in Mexico, therefore Peña Nieto may not run again, and so his performance holds ramifications primarily for his party. The ban on re-election is due to the Mexican Revolution, which stemmed from protests against a three-decade long authoritarian regime of Porfirio Díaz. In 2013, Mexico’s government decided to allow re-election for mayors and legislators for 2018 elections, but not for the president.[xxvii]  This could cause some legislators to retain power longer, and would increase accountability of legislators to their party. This is because Mexico is a closed-list electoral system, meaning that the order in which seats are assigned is chosen by the party.[xxviii]

In an interview, COHA Research Fellow, Clément Doleac, explained that, “in Mexico, Mexican legislators often fluctuate positions in the legislature, being deputies, then senators, or even from local to federal level, to avoid concurrent re-election but maintain political power. A typical legislator career would be to be elected to a local legislature, then to be elected to the federal Chamber of Deputies, then to the federal Senate, and maybe after that to be elected deputy, and for some of them, Senator again. The nondirect re-election rule has had therefore mixed results in terms of opening legislatures to nonprofessional politics. However, it clearly strengthened the roles of political party, without which these individuals couldn’t pass from one legislature to another.”

This national presidential election will most certainly be a reflection of the results of the upcoming gubernatorial elections in the State of Mexico. This state contains around 14 percent of the Mexican population and is a stronghold of PRI hegemony, having never been governed by another party than the PRI since its creation.[xxix]

Surprisingly, this local race is being fiercely disputed between Alfredo del Mazo of the PRI and Delfina Gómez of MORENA. Alfredo del Mazo is the grandson and son of two former PRI governors (Alfredo del Mazo Vélez 1945-1951, Alfredo del Mazo Gónzalez 1981-1986). Alfredo del Mazo is also the cousin of current president Enrique Peña Nieto. In the most recent polls which asked which party voters would choose, MORENA’s candidate holds the lead, at 31.9 percent, and the PRI’s candidate is at 30.7 percent.[xxx] The PAN and the PRD are 16.8 percent and 14.1 percent, respectively.[xxxi] It is important to note that the PAN and the PRD have not presented a coalition candidate for this gubernatorial election, and could have perhaps polled higher if they had decided to do so. However, when asked who voters would chose if only Delfina Gómez and Alfredo del Mazo were candidates, 44 percent said Gómez, 32 percent said del Mazo, and 16 percent said neither.[xxxii] It will certainly be interesting to see if a PAN-PRD coalition will hold any significant weight with the electorate in the presidential election.

If this PAN-PRD partnership comes to fruition for the 2018 presidential election, it could be a force to beat. At the same time, this would strengthen the MORENA narrative of a unified Mexican elite. Should MORENA win over the PRI for governor of the State of Mexico, this will manifest more support for Lopez Obrador’s presidential bid, and demonstrate that the PRI has lost support with Mexican voters.  The implications of the June 4, 2017 gubernatorial elections, whatever the result, will be deeply felt in the presidential race of July 2018.